On Sunday, Bandai Namco aired a trailer within their free-to-play title Mobile Suit Gundam: Battle Operation 2 for a new, upcoming Gundam game. The new title turned out to be SD Gundam G Generation Cross Rays. Only offering a tease at the series included, and a release window of 2019, the new trailer, which you can see below, informed viewers to visit Famitsu for more information later in the week.

For anyone new to the SD Gundam G Generation games, here’s a very brief summary. It’s a grid-based strategy game that lets you play out famous scenarios, as seen in Gundam‘s original works, while also allowing you to deploy your own custom squad. Said teams can be assembled from dozens of pilots and hundreds of mobile suits, taken from across all the series entries seen in the screenshot below: 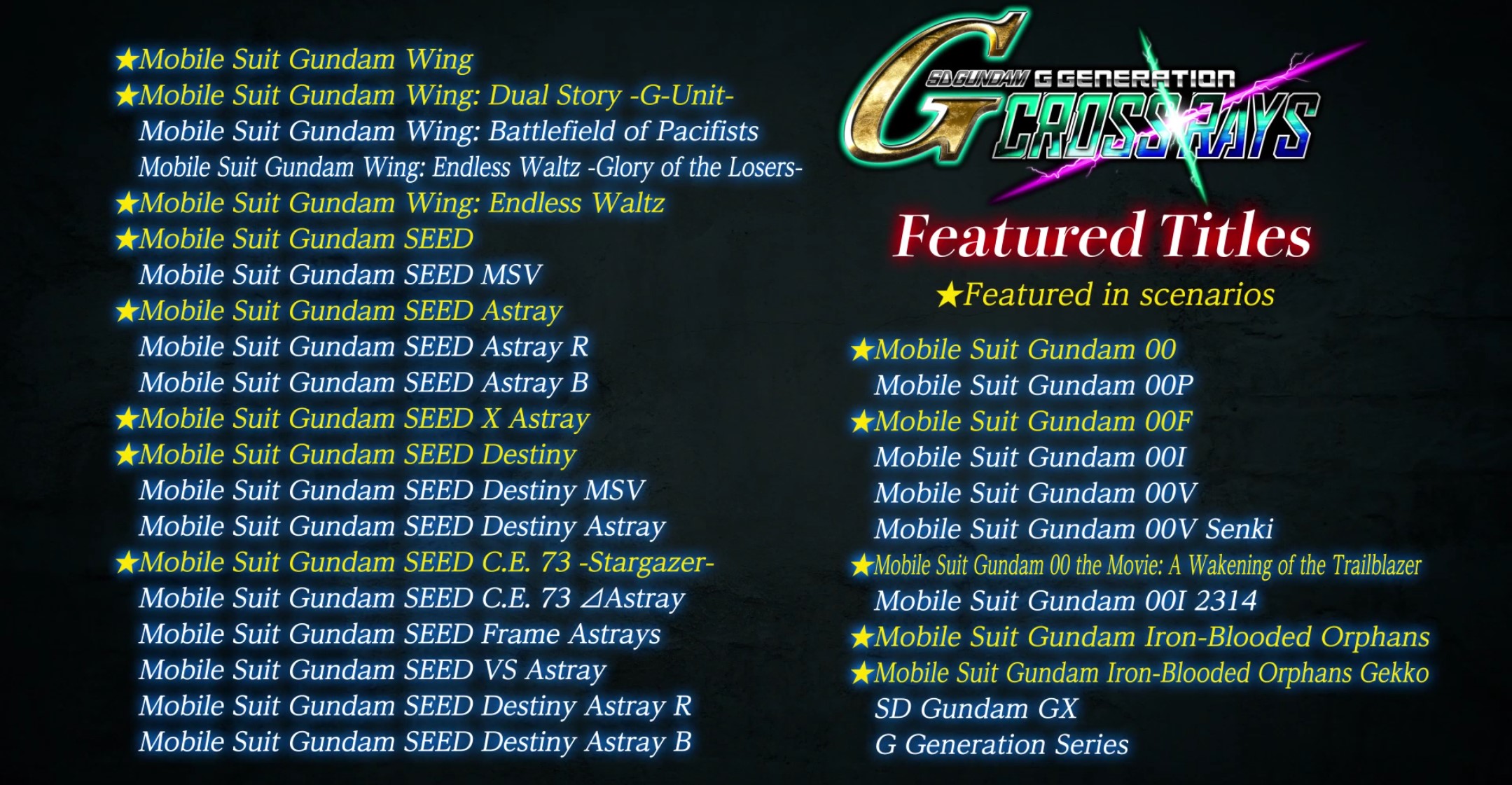 Any series entry denoted with a star has at least one playable scenario in the new game. Any that do not have a star are there only to contribute playable pilots and ships. It should be noted that the SD Gundam GX and G Generation series are there to provide recurring original characters and mobiles suits from the franchise, primarily for starter units. The only other series you could possibly expect as a surprise is Turn A Gundam, perhaps in the form of a secret boss or unlockable unit for reasons related to lore in the franchise.

As per normal with recent Gundam titles, Bandai Namco Southeast Asia has already confirmed that versions with English subtitles will be released. However, only a vague 2019 window has been given for its Japanese launch, with no guarantees that the localised edition will release that same day.

The franchise making a surprise leap to Steam does cause me to wonder if an international release is on the cards. Even with some major absences, this roster alone has the star power to be a potential success. Either way, with consoles being region free, the barrier of entry is far lower than it used to be for Gundam’s international fans.