Sega has released its latest financial earnings report, and among the facts and figures pertaining to the legendary publisher’s fiscal year, lies a mysterious tease for a brand new project set to launch at some point this generation.

As spotted by VGC, Sega is working on a five-year strategy for the creation of a “Super Game”, expected to launch within the same time-frame. Now, before anyone gets excited for Monkey Balls or Virtua Fighters, Sega has noted that the title features a brand new IP, and will be sold on the international market. The report reads that Sega has a lot of faith in the long-term growth of the Super Game, despite it being an unknown franchise. 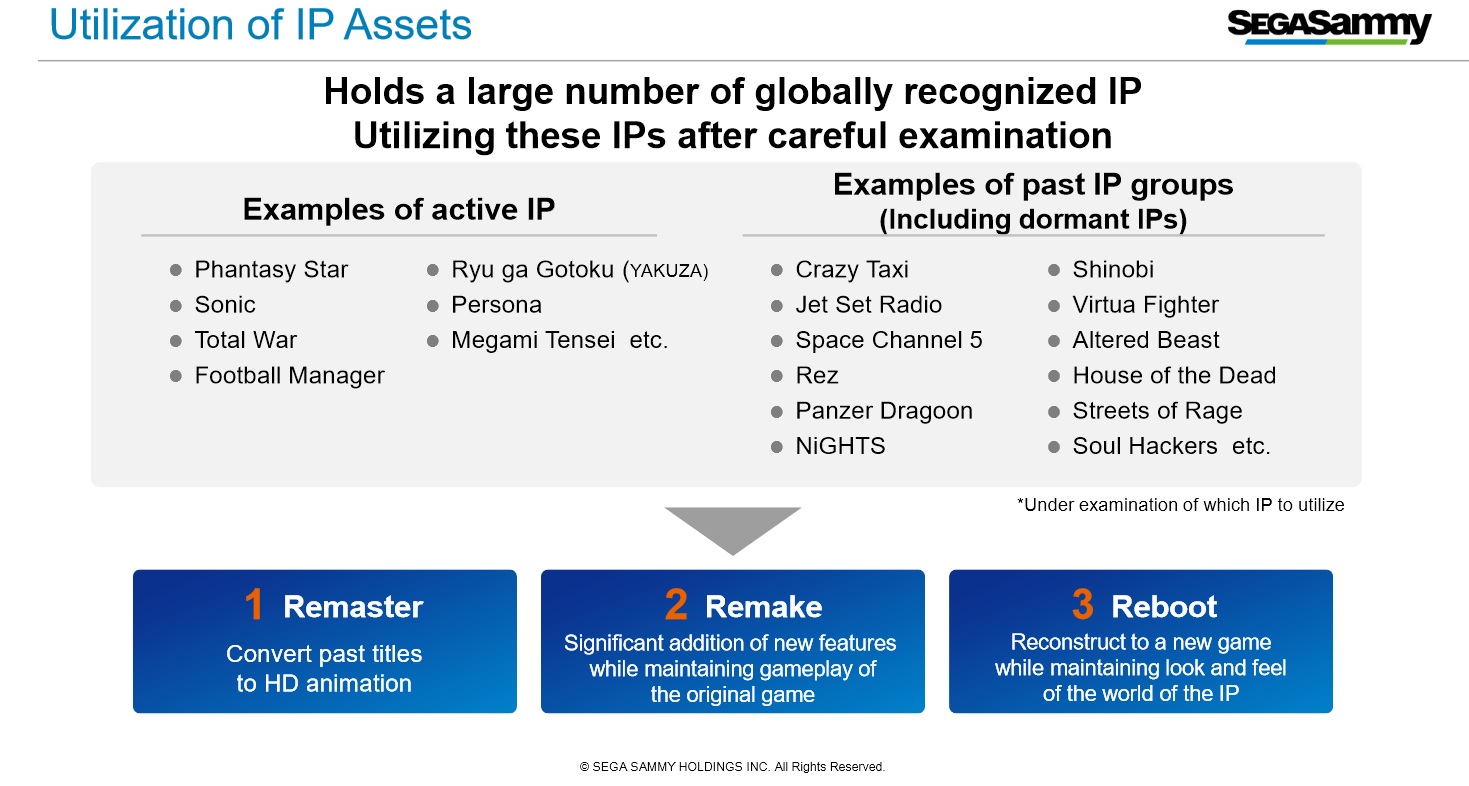 Speaking of classic Sega franchises, the report includes a section specifically referencing the “Remaster, Remake, and Reboot” potential for some famous names. Examples given include the aforementioned Super Monkey Ball and Virtua Fighter, as well as Crazy Taxi, Shinobi, and Altered Beast. Of course, these are just pie-in-the-sky ideas, without any confirmation that any of the above are actually planned for development.

Personally, I’d like to see a remaster compilation of the original Sakura Wars titles, localized in English. But that dream in itself raises an interesting issue: Sega seems to be putting a lot of development time — and one would assume, money — into its “Super Game”. This is a very bold endeavor given the unbelievable losses incurred by recent mobile failure Sakura Wars: Hanasaki Maidens. Sega might be better served, at least in the short term, leaning on its more popular franchises rather than taking another expensive leap into untested “long-term growth” releases.

Either way, we’re a long way from seeing this new venture come to light.