Sega's All-Stars Racing on iOS is fun, but has horrid IAP

Sonic & All-Stars Racing Transformed is abona fide hit in my mind. I’ve had more fun with it this past year than any recent Mario Kart, and there’s so much content to find, it’s insane. Sumo Digital really did a great job with the game, and I can’t wait to see what they come up with next.

Today marks the day that the mobile version of the game finally hits Android and iOS, and I’m sure some of you out there are pretty skeptical of how it runs. I’m here to tell you that it’s actually pretty damn smooth, outside of the dreaded IAP (in-app-purchases, basically the mobile word for “DLC”)that rears its ugly head throughout. 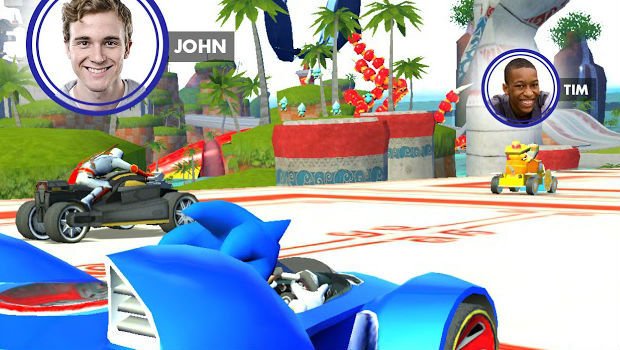 Sonic and All-Stars Racing Transformed mobile may not have visuals on par with its console or PC counterpart, but it still looks pretty great. The framerate is actually smooth despite the slightly downgraded visuals, and I didn’t have any trouble seeing where I was going, or viewing objects in the distance. The sounds are all there as well, and overall, it’s a great port job.

In terms of the controls, All-Starsuses an “auto-accelerate” feature, in addition to a “drift” button, a wheel for direction control, and a shot button (which can be flicked forwards or backwards for throwing items in a specific path). Racing games on the mobile platform can be hit or miss, but I have to say this is mostly a hit. The controls can get a bit finicky on some of the tougher tracks, but all in all it works well. 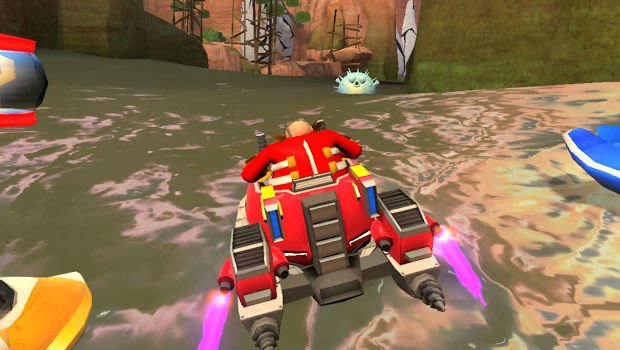 Thankfully, there’s full controller support for the game, which is the icing on the cake. At this point it’s practically a 1:1 take on the console and PC version, with all of the buttons mapped like a normal controller. The only catch is the current options for iOS are $99. Still, this is just one more reason to pick up a gamepad to add to the pile.

In terms of new content, Shenmue‘sRyo Hazuki is now a part of the game using a comedic arcade cabinet racer that changes into different games depending on where he’s racing, sailing, or flying. He’s unlocked by way of completing multiple weekly challenges, which are interesting new ways to suck you into the game on a daily basis. There’s also four-player local racing and asyncronous time trials should you want to play with friends, including mild social features. 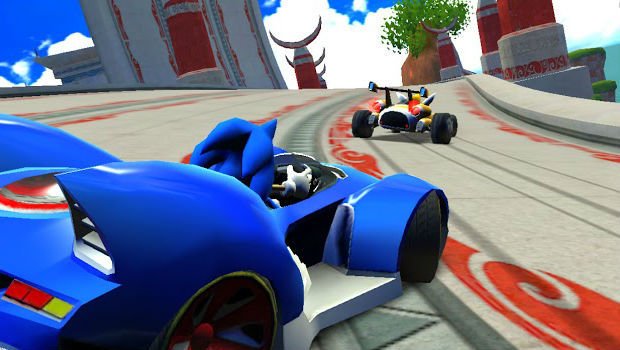 But all that glitters isn’t gold, as the game has a high amount of IAP. Let me break it down. So the base game is $4.99, which is actually a good deal for all the content you’re getting from the original version. Most of the characters in the game can be unlocked legit, but a few have been deemed “early access,” (Metal Sonic & Ralph as a pair, and Shadow & Knuckles as a pair) which you can purchase for $4.99 each. Ok, so if you can deal with not playing those characters for now, that’s not so horrible.

Then you have the currency system. In the original, you could use a fun, small-time currency to spin a slot machine before a match and get minor bonuses. Well in the mobile version, you can do that via “rings,” but you’ll also have to use rings to enter events beyond easy mode (medium, hard, and expert, the latter of which takes stars, the other currency).

Each round you’ll earn enough to play a medium or hard level depending on your performance, but it’s still a really odd system that feels limiting. If you want to basically “unlock” the entire game, you’ll pay $9.99 to race “for free, unlimited.” 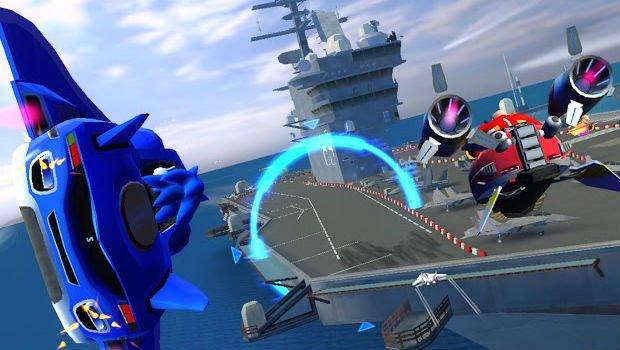 It is possible to sidestep the IAP entirely if you don’t care about having everything unlocked, and just sit tight and eventually clear the campaign and the Grand Prix mode. You may have to race a few maps more than once (just like before) to get more coins to unlock higher difficulties, but it is possible. The real kicker for me is that you can pay for stars in-gameto use a Super Star power-up, which just feels dirty. It would have been great to just pay $9.99 total to unlock everything and be done with it. I really hope Sega changes its mind eventually and updates the game, because it’s such a good portthat it would feel wasted with colossal amounts of add-on purchases.

Sonic & All-Stars Racing Transformed is a great game that’s still great on iOS and Android. I’d consider it an achievement that it’s so faithfully restored on the platform, and controller support is a welcome addition. It just needs to dial down its IAP before it can be taken seriously.