Including this adorable plush toy

Limited Run Games has opened pre-orders on the physical release of Shantae and the Seven Sirens, giving dedicated fans the opportunity to pick up a hard copy of the Half-Genie Hero’s newest island-hopping escapade.

As previously reported, Shantae and the Seven Sirens is available in two formats: a standard boxed edition for PS4/Nintendo Switch, priced at around $35, and a special collector’s edition, which includes a steelbook edition of the game, a mini-poster with reversible art, soundtrack CD, a pack of 50 “Monster Trading Cards”, and a faux Game Boy cartridge. This set retails for around $70. Also available is a super-cute Shantae plush doll, created by the good folk at Fangamer, which is yours for around $24. 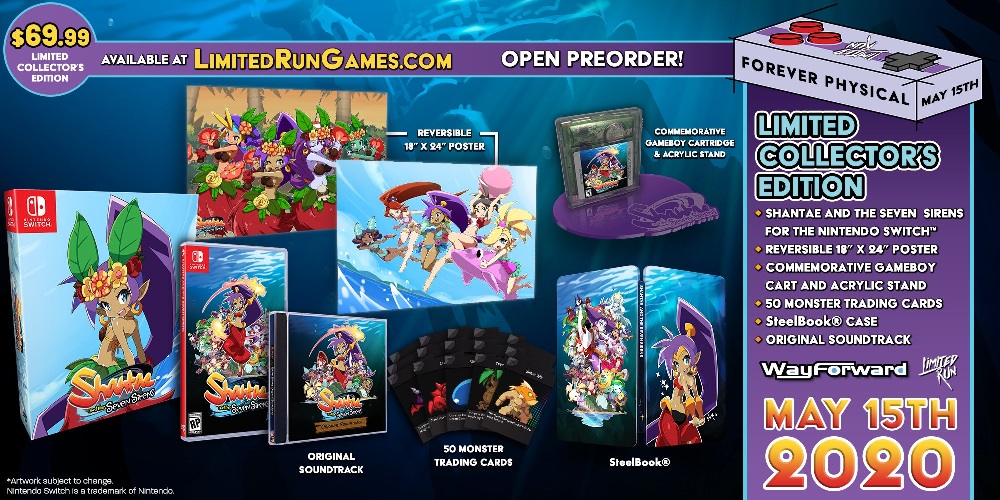 Pre-orders close on June 14, with all items expected to ship around three months thereafter. Meanwhile, Shantae and the Seven Sirens launches May 28 on PS4, PC, Xbox One, and Nintendo Switch. It is available to purchase right now on Apple Arcade.