The bulk of the PS4’s system-selling library stems from what was big last generation, from the open world (inFamous: Second Son) to the multiplayer first-person shooter (Killzone Shadow Fall). Those are the exclusives Sony brought us, and third-party fare echoed it (Assassin’s Creed, Call of Duty, sports).

But it was widely considered that the PlayStation 4 launch title to have was one that was free of charge with PS+, one which has a different lineage and a different focus: Resogun. And in the months between launch and Second Son, it was smaller, often indie games that defined the PS4 library, even if they were ports.

When you look at Sony’s indie efforts, you can see it using those smaller studios to reclaim console gaming’s identity from a time before everything was “cinematic.” At an indie-focused PlayStation event last week hosted by Sony, I saw side-scrollers, Metroidvania, and local co-op. It was nice. 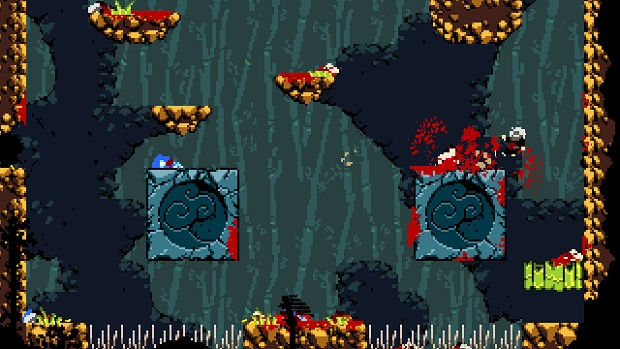 Gaming has always carried subtext of insularity, of a vacant-faced player lost in the television like James Woods’ TV-glued face in Videodrome, but my formative gaming was largely social. There was Player 1 and Player 2 and it could be four or five people were sitting around a TV to fill either role. Then there was Players 1-4. Hell, the PS3 supported seven controllers, but few games outside of sports titles ever took advantage.

“We’ve had a very wide desert of not a lot of [local co-op] for many years at the end of the console cycle. Bringing it back through Sportsfriends, Towerfall….there’s really no feeling like getting together with some friends and having a brewski — or water, if that’s your poison — and playing these games and having fun,” Adam Boyes, PlayStation’s vice president of publisher & developer relations, told me.

Towerfall Ascension hit the PS4 earlier this year. It is selling better on PS4 than it is on PC. And it makes sense. It feels like a console game. Its controls are simple, certainly not necessitating a mouse and keyboard, and it’s at its best when four people have a controller in hand, sitting comfortably across from a large screen. 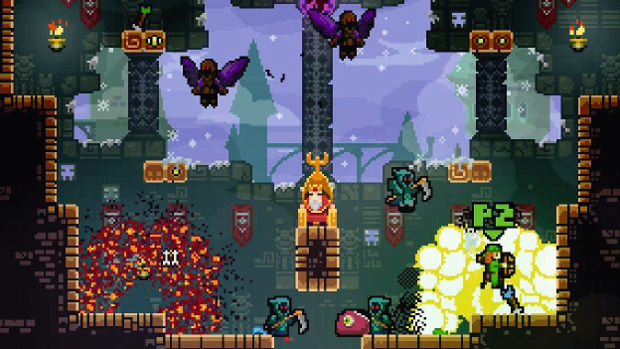 “It’s something that we thought was missing and it’s also something that more developers have been making lately because, again, playing them at [events like Indiecade] is super fun and engaging,” Boyes said. “Why not bring that home? And get kicked out of a hotel once in a while. Sober. At 9:45pm.” That’s what too boisterous a local multiplayer session at GDC with the PlayStation team leads to.

Sportsfriends, which includes the local multiplayer Barabariball, Johann Sebastian Joust, Super Pole Riders, and Hokra, just hit PS4 and PS3. It perfectly encapsulates the feel Sony seems to be trying to bring more of. Johann Sebastian Joust doesn’t even require you to look at the TV, let alone try to impress with polygons. It impresses and impacts with fun.

Samurai Gunn is on its way to PS4. Also on-hand was Starwhal: Just the Tip, which is getting a PS4 port. If you ever wanted to play as a space narwhal with a kitten face and a sushi body while trying to stab three friends in the heart and not get burned by lava, well boy do you have a vivid imagination and particular set of wants. Sony is trying to help meet them. 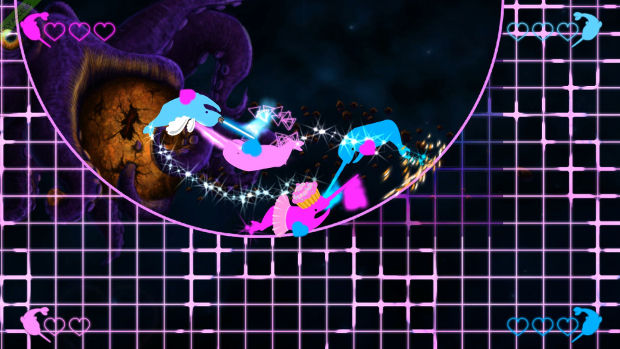 Of course, with one sect’s call for more local multiplayer answered, another unruly lot gets flustered that they can’t play those fun games online.

“The question with online multiplayer is that it adds a ton of complexity,” Boyes said. “Is the experience going to be right? Was it made for that? If I can liken it to a fine food, like foie gras terrine, was that meant to be frozen and reheated in a microwave? Probably not. … Towerfall, online, without people beside me or in front of me that I can punch in the arm if they crush my face, I think is not the same.”

Boyes has a point. These experiences are well suited locally and adding online play could prove a lot of work for what are typically small teams. “It’s something that we always talk to developers about,” Boyes explained. “We’ve never been one to tell people what they should or shouldn’t do.” Similarly, the choice to offer a game as a Cross-Buy between PS3/PS4/Vita is solely up to the respective developer or publisher. And should a smaller company choose to do so, Boyes’ team is all about helping them do that with whatever resources they can. 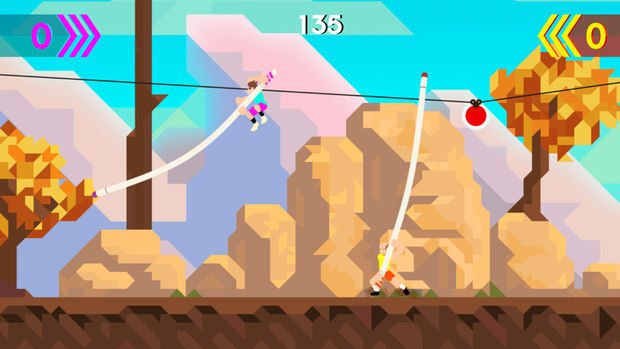 The return isn’t just to local play, but old-school play. Rogue Legacy, which wears its inspiration in its title, was in tow. So too was Galak-Z, the space shooter turned space shooting roguelike with inspiration from Macross-era anime. And then there was the most Metroid-reminiscent in a long line of Metroidvanias, Axiom Verge, as well as Chasm. There’s a list here.

What it represents, of course, is the long-running trend of indies making a return to the formative genres many of these developers played. And getting out on more systems is a natural and organic step, but one Sony has been smart to support as much as it has because these sorts of games can help define a console and fill the early days void between the AAA titles.

And they’re flourishing on PS4, which builds exposure for them elsewhere as well, with a combination of straight word of mouth and PlayStation sharing features. “We’re not idiots. We like what we like for good reasons. And if other people only had the ability to see what we see, then they’ll buy them and that’s what’s happening,” Boyes said. “That’s why these games are hitting a wider proliferation and getting wider exposure on PS4, because people can share them and upload screenshots, more people can watch the livestream and buy them from that interface. 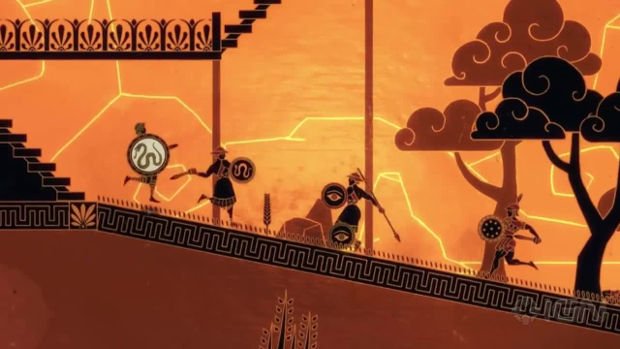 “PlayStation 4’s success so far has not just been about the core, it’s been about other people that have been affected by who made their decision on what console first,” and software sales have been working in the same way. “Sharing” is just another way to bolster word of mouth. It’s benign and maybe even okay advertising.

But there’s no way to share an experience quite like actually sharing it, playing games together, as has always been a huge draw for dedicated game consoles. While we were waiting for the shuttle that would whisk us away from Sony’s sunny campus, Destructoid’s video producer Bill Zoeker and I looked at each other. “Do you want to play Nidhogg?” I asked. We sat there, stuck each other with swords, and laughed.