It’s a little later than expected, but it’s here just in time for some weekend web-slinging. Insomniac’s latest update for Spider-Man (PS4) paves the way for the first DLC, adds the anticipated New Game+ mode, and introduces an Ultimate difficulty option. I shudder to think how powerful brutes will be.

There’s also various technical fixes, re-tuned combat difficulty for Friendly mode, a new health cap of 250 for Spidey, and the ability to jump right into Photo Mode by pressing left on the d-pad.

If you burned through Spider-Man, earned the Platinum trophy, and moved on, there’s more work to be done. Today’s update includes two additional trophies — one for finishing New Game+, the other for Ultimate. (Don’t worry: your Platinum is safe. These extra trophies are listed in their own category.) 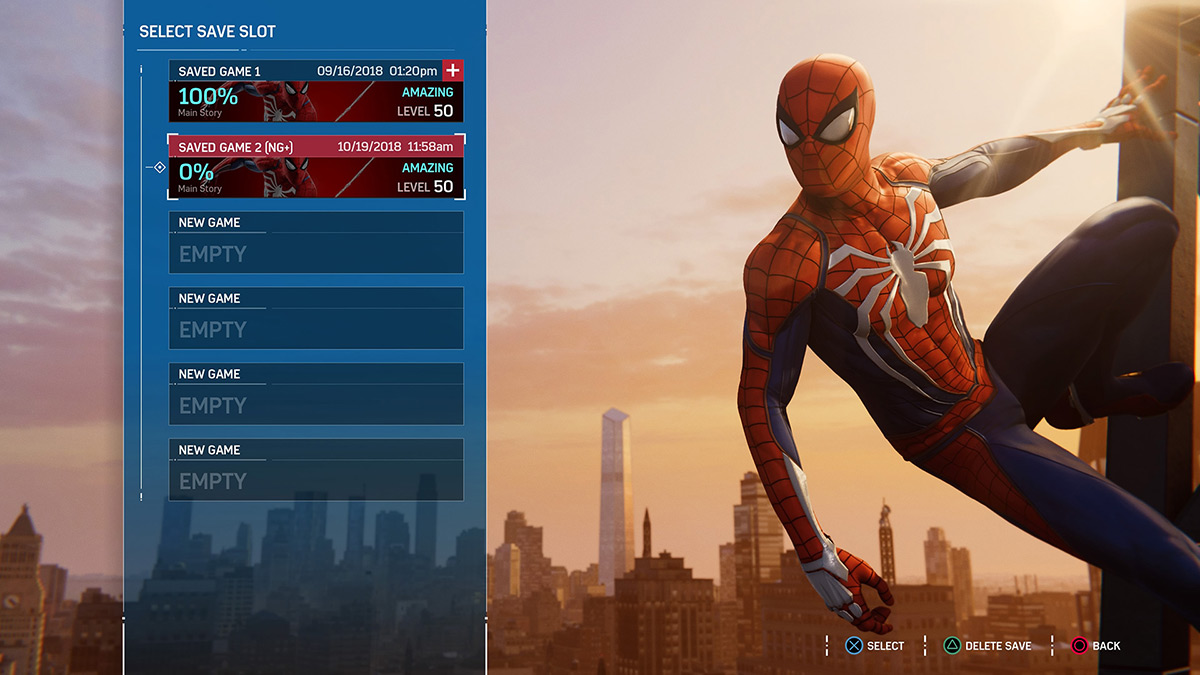 Can you earn the “One More Time” and “Power and Responsibility” trophies in one go? Yes! When you go to create a New Game+ file from a completed playthrough in Spider-Man‘s main menu, you’ll have the option to raise or lower the difficulty setting. Just be sure to bump it up to Ultimate.

I feel like I’ll be able to breeze through the story with all of the ability upgrades and combat techniques I’ve picked up, but we’ll see. A certain mid-game faction still overwhelms me sometimes. There doesn’t appear to be a New Game+ reward for clearing Spider-Man again, which will come as a slight disappointment to some. Completionists were hoping for a super-secret suit, but I’m kinda relieved.

The first slice of story DLC, The Heist, centers around our dear old frenemy the Black Cat. If you want an ever-so-slight tease before Tuesday’s launch, the DLC trophy descriptions offer a couple of clues.