After interviewing Square Enix producerIchiroHazama on Theatrhythm Final Fantasy: Curtain Call during E3 this week,we took a few minutes to talk about his other upcoming game, Final Fantasy VII G-Bike. While I knew thatmobile bike chase title was inspired by a mini game in Final Fantasy VII, I wasn’t sure what the “G” in G-Bike stood for.

Hazama wasn’t sure either. 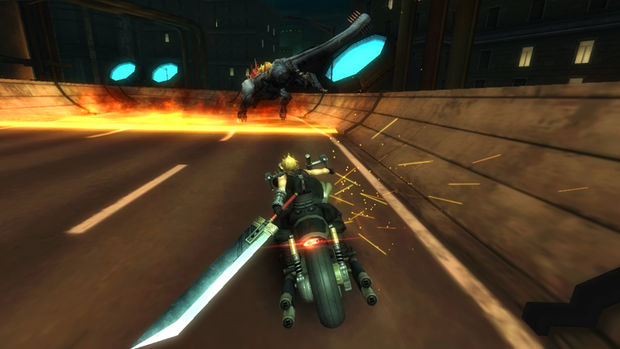 “I’m sorry that we don’t have a straight answer right now but I will make sure that I find out, and we will hopefully be able to know what it is before we actually release the game.”

He continued: “It has been 17 years since the original title so I’m sure the drama and the search for the mystery is so robust that we could probably make documentary out of it.”

I told Hazama that he could probably get away with making up a reason if they can’t get to the bottom of it otherwise.

After some laughing: “Good idea! If we can’t find out before we release the title then maybe we can make something up.”