I just noir I remember seeing him somewhere…

The year was 2012. Radioactive bees ruled the skies, filling their endocrine sacs with the remaining wisps of human hope, and garlic wolves devoured the remains. Meanwhile, Double Fine put out a wildly successful Kickstarter for Double Fine Adventure as Telltale began pumping out its The Walking Dead, which would go on to take year end awards en masse, presumably killing all the bees.

Tex is back in (live) action.

As big as Broken Age and The Walking Dead have been, the most frequent complaint I’ve seen levied against them are that the puzzles are too easy, not frequent enough, or not as horribly arcane as they should be. Well, if that was a complaint you had, rest assured that this is a traditional Tex Murphy, with a full inventory system and occasional inorganic lunacy.

At one point, you have to blow up a cabinet with some exploding chewing gum — I will spoil part of one puzzle solution for emphasis here. Now, you can also eat the chewing gum, which leads to an FMV sequence of Tex eating the chewing gum and his head exploding, which is then revealed to be a dream. You can kill Tex, too, without too much penalty (and with the addition of seeing cool scenes you would otherwise miss). But back to the cabinet.

With the cabinet blown open, you take out the hammer inside and use it to pound back into form a broken gear you pulled out of a malfunctioning wall unit that was opening a secret passage in the floor that you opened by pointing several astrolabes at it. 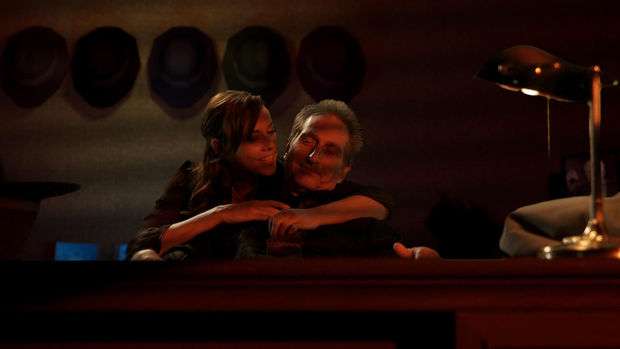 Now, you don’t have to let the puzzles scare you away, either. If you’re in it solely for humor, FMVs, and dialogue choices, there is a Casual Mode wherein objects of interest have a gold sparkle about them. You can activate the effect for brief periods in the regular mode as well, in case you ever get truly stumped and aren’t still stubborn enough to lash against such assistance.

Oh, and, as mentioned, you can let Tex burn off his hand sticking it into acid water, and be insulted by your dry humored phone, Smart Alex.

The demo I was shown, which will be going out to the Kickstarter backers, takes place about halfway through the game. Tex is strolling into a swanky mansion/research facility before being accosted by an understandably upset mutant (this is post WWIII San Francisco, and the mutant is Todd “Willis” Bridges from Diff’rent Strokes) 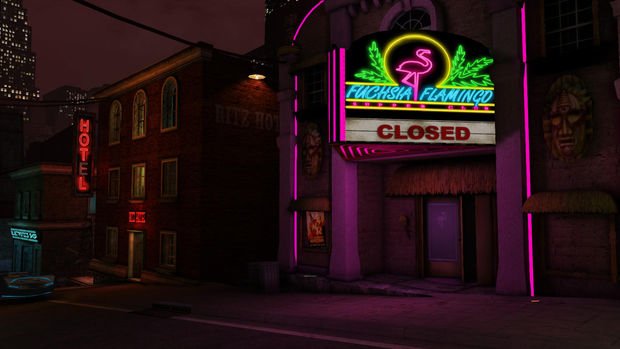 If you want complicated puzzles, inventory combination, and dialogue options they’re all here. If you want over six hours of recorded FMV, I don’t quite know where else they are but here. This seems to be a proper labor-of-love nostalgia trip. Tex Murphy fans and anyone else looking for a cooky adventure should feel well at home.