I can’t be the only one who thinks of food when I slide off those Switch controllers right? It reminds me of breaking off a piece of candy or bread, or something.

I’ve been doing that frequently over the weekend to test outThe Binding of Isaac: Afterbirth+, which just hit the Switch both in physical form (with a fancy box) and digitally. Playing to one of the Switch’s biggest strengths four player co-op is available day one, both in TV and tablet mode. It’s still the same limited “helper” setup as in the past (I wish we didn’t have to resort to “true co-op mods” on PC), but it’s fun all the same to dive back into the world of Isaacwith all of the Afterbirth+extras in tow.

There is one caveat though — developers don’t seem to have a unified controller UI front. For some titles you can access controller re-syncing on the fly in-game, but for Isaacand several others, you need to put the game on hold to go to the Switch’s home menu, select “controllers,” re-order everything to suit your Isaacco-op session, then go back in. It’s a minor pain, but a pain all the same, and something I hope Nintendo addresses with its development partners over time. There is a silver lining though, as every player can fully remap every button to their liking in Isaac.

Other than that, Afterbirth+is basically the same as it’s been for the past few months on PC.Read up on Peter’s detailed review for everything that’s changed. 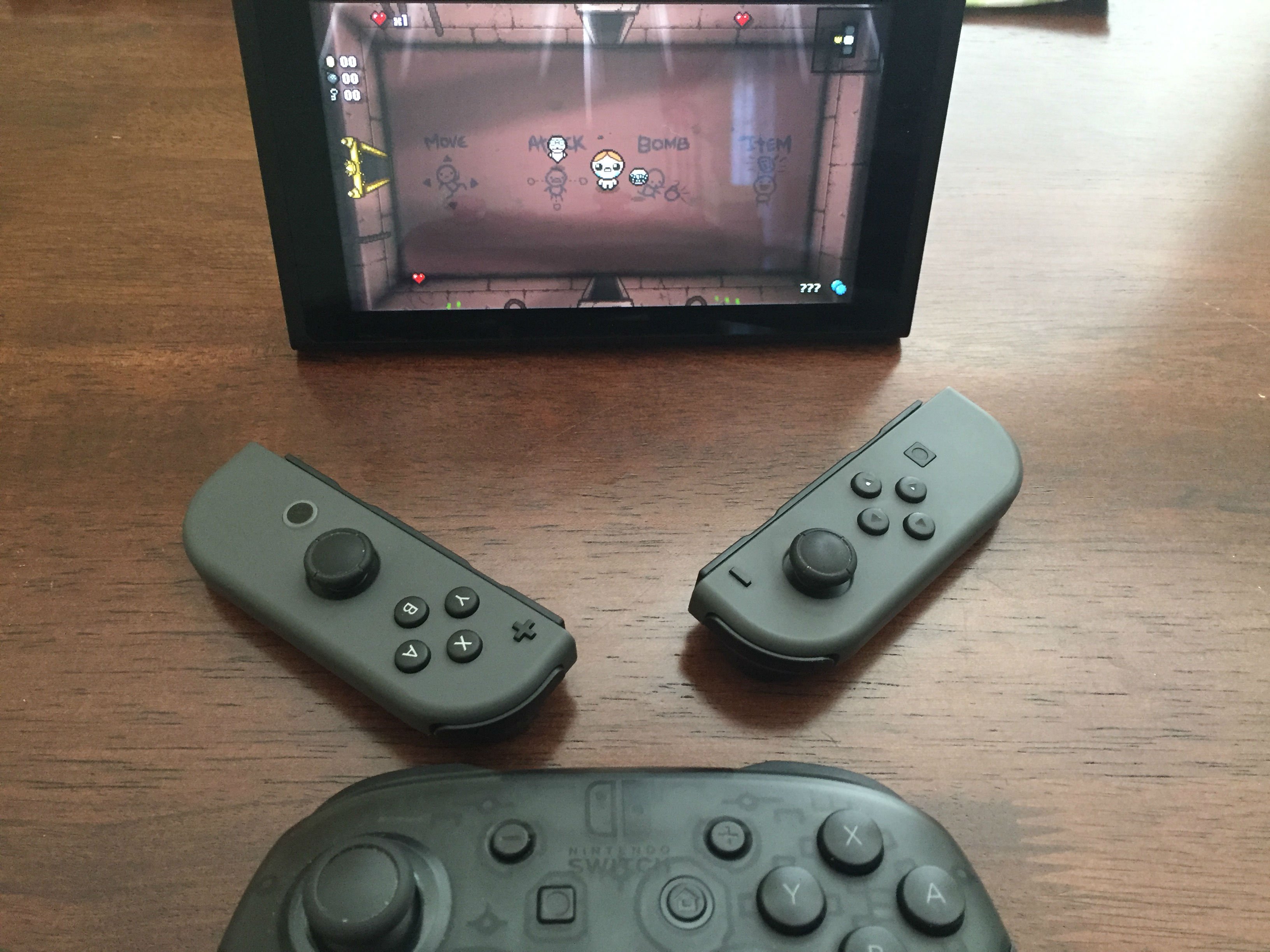