Hanging out in a Javelin

I’ve played a lot of MMOs and MMO-lite experiences. I know the early problem signs and what to look for to see if something is going to go the distance.

Anthemhas the right stuff to propel itself over the finish line, but whether or not it’ll sustain itself for the long haul remains to be seen. 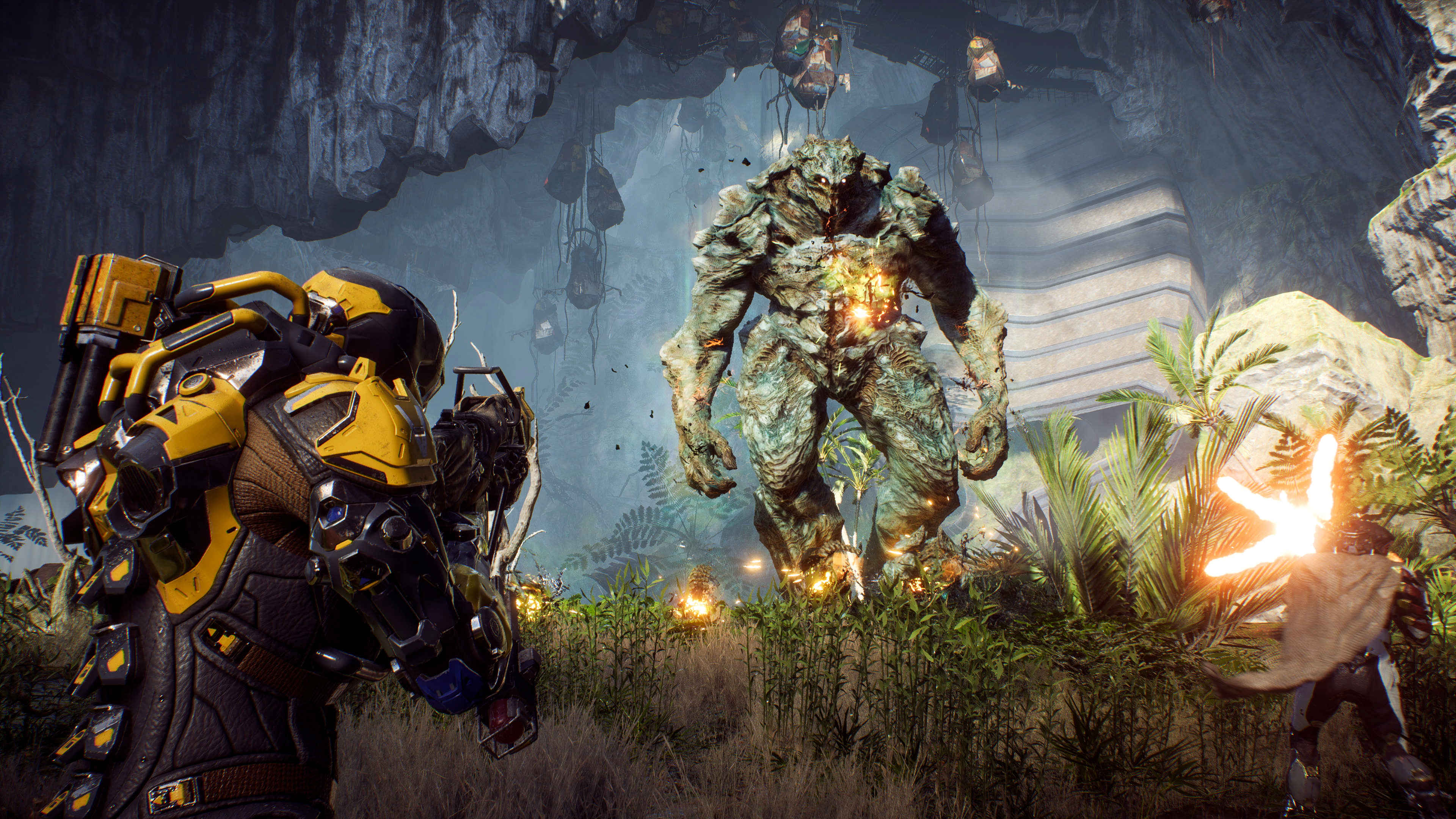 Let’s break things down quickly before you get bored. Anthem is a looter shooter with MMO elements — you know, kind of like Destiny. The goal is to draw people into the world with jaw-dropping aesthetics and airtight gameplay, then keep them there with evolving updates, presumably a mix of the free and paid variety. According tolead producer Michael Gamble there won’t be a season pass or paid DLC for Anthem, but you never know what the future might hold (especially if they have to “pivot” or a future large-scale expansion supersedes the traditional notion of “paid content”).

So what makes Anthemdifferent? Well it’s from BioWare, which usually raises heads (for reasons both good and bad in 2019), but with a ton of polish you don’t always see from their recent fare. BioWare leans heavily into the sci-fi angle with its Freelancers in Exo SquadJavelin suitsversus Scars (aliens), which is done effortlessly, in a no-nonsense kind of way. After hitting “max capacity” servers for roughly 30 minutes at launch, I was able to dive into the VIP demo. (If you aren’t a VIP, you’ll get to play on February 1.)

Surprisingly, we’re not thrown right to the wolves: there’s time to hang out and explore a bit. I dig the world, full stop. It seems more grounded than a lot of other shooters and has a zen-like quality to it. The ability to tone the action down and slowly walk around a city in a Javelin-less state is intriguing in theory as long as the execution is there.

The setup is a lot like Destiny. It’s a comparison I don’t like using in this case but is by far the closest analog and the simplest way to explain how missions work. Using a world map you’ll either choose to embark on guided campaign missions or freeplay (patrol), which is another phrase for “open world roaming.” An open world, mind, that’s a complete spectacle. This Avatar-ass map and its lush jungles are serene and patrolled by all sorts of weird creatures that top the dull humanoid after humanoid models most projects throw at you.

The “everything has matchmaking” mentality is a joy, as it eliminates the isolating feel of a lot of similar games. Everything is kind of organically multiplayer, which is great in a max-capacity VIP demo or at a hyped-launch, but maybe not so much if people vacate the premises. It also allows for all-star moments, like one mission where all three of my teammates died and I had to juke and gun down 50 enemies to revive them.

Okay, that’s a good segue: so how does it control? Well, it might be BioWare’s best effort at an action schema yet. My playthrough was largely with the Colossus mech, which can double-jump, hover, and fire off a siege cannon. Despite its name, the Colossus is actually quite nimble, as the game places a large emphasis on constant locomotion to boost jumps and speed. It feels really satisfying, both mechanically and aesthetically, to engage your sprint boosters and hear a booming jet-engine effect. Flying around, especially in formation with a group, is a blast.

What I’m not keen about is the sluggish melee (it’s a shooter after all, but a few other games have shown that you can benefit from more engaging close-combat abilities) and the familiar opening arsenal. While I fully expect the RPG-ness to come out in full swing as we upgrade our gear onto more exciting anime beam cannon horizons, the opening moments of using a kit with an assault rifle and a grenade isn’t the greatest sell for people who don’t fancy shooters.

That’s going to be the biggest uphill battle (besides the long game we can’t predict yet): appearances. Bungie already burst that looter shooter bubble, and many people found that they don’t really like the marriage of RPG grinding and frantic FPS action. BioWare has a lot to prove from now well through the lifetime of the game in order to woo those folks back into the fold. It’s not an easy task, as there’s no telling how BioWare is going to handle Anthem long term. They did a decent job of updating multiplayer experiences likeMass Effect 3and the like, but managing an entire day-to-day universe is something else entirely. 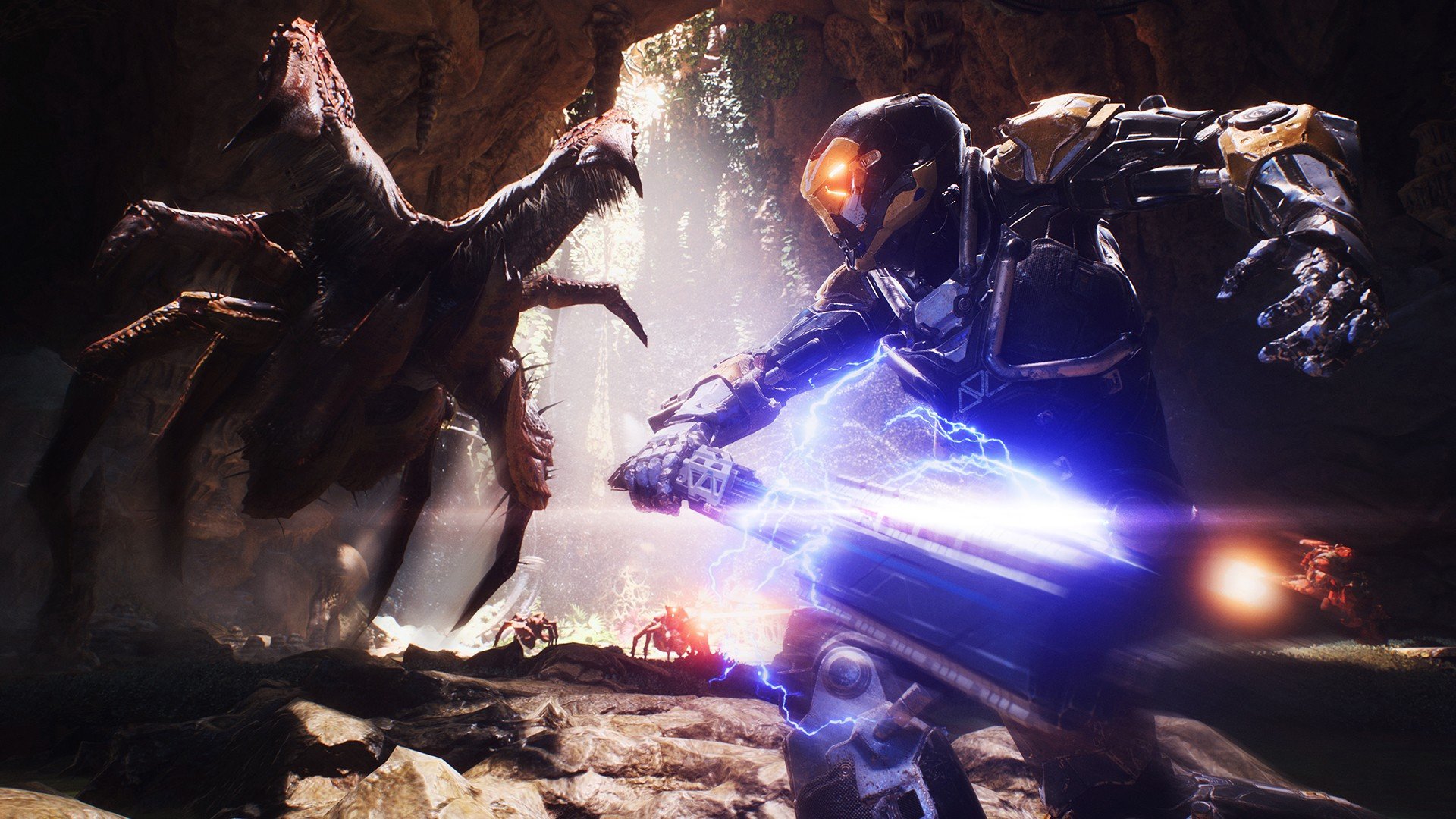 I don’t want to overly compare Anthemdirectly to its competitors because I haven’t seen everything Anthemhas to offer. It certainly looks like it won’t repeat some of the same mistakes as its brethren, but launching a kick-ass short campaign is the easy part in a project like this. By not putting it on a pedestal, I think my expectations are a little more in check. I’m optimistic, but we’ll see soon enough how it fares in roughly a month’s time.

[These impressions are based on a build of the VIP demoprovided by the publisher.]