My favorite modern game soundtrack belongs to Dustforce, but Ben Prunty’s celebrated music for FTL: Faster Than Light isn’t far behind. Time and time again, these albums have helped calm me down when there were just too many things fighting for my attention. They’re great to work to.

Prunty is releasing a deluxe vinyl set of the FTL soundtrack through iam8bit and it’s about what you’d expect after the past few releases (Hotline Miami 2 and Super Hexagon first come to mind). Pre-orders are open now for $35, with shipping expected to begin in Q1 2016. 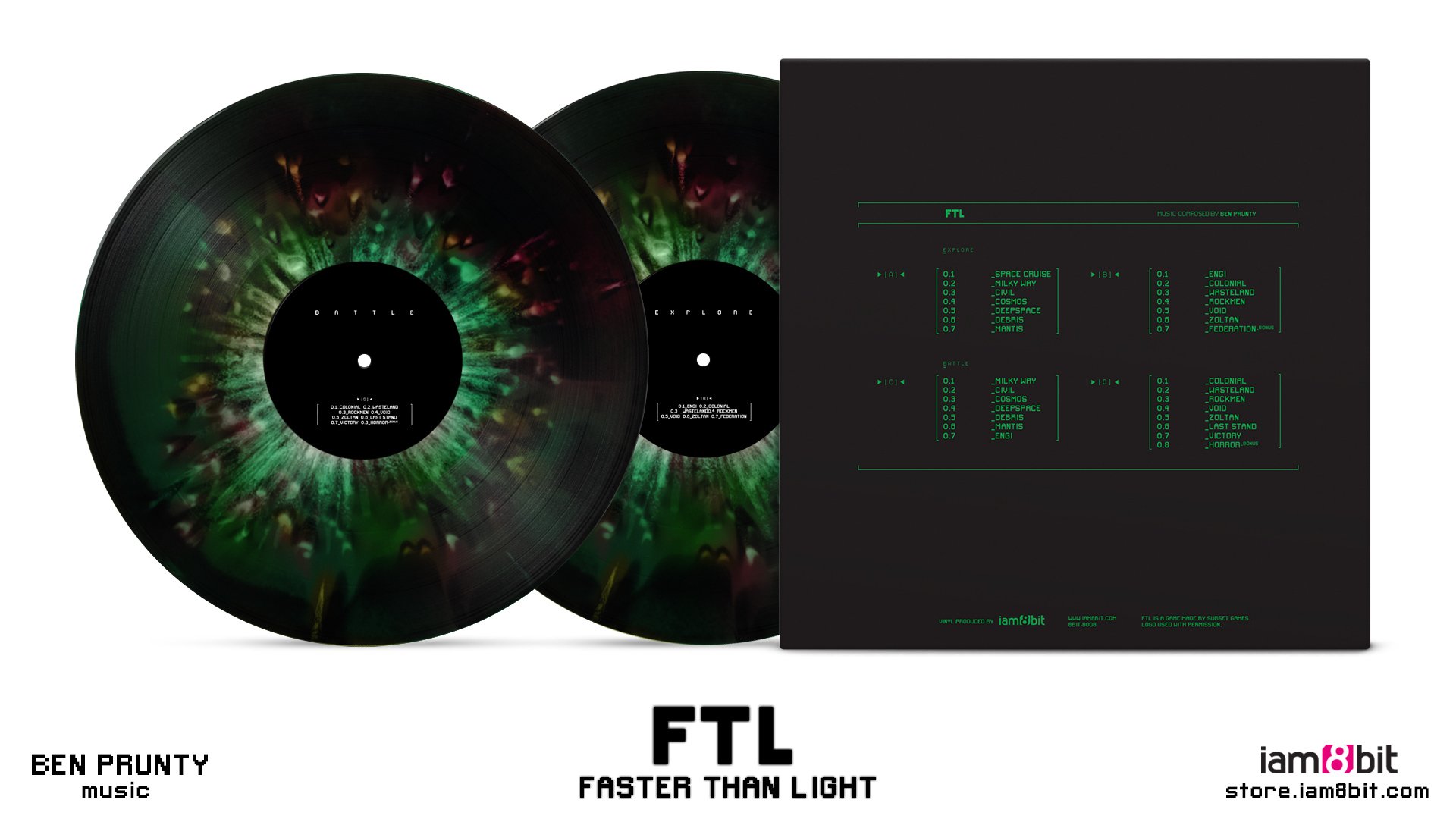