Psyduck is the real star here

I can only imagine that Pokémon fans reacted to the news of a film adaptation for Detective Pikachu with a mix of skepticism and curiosity, with a bit of horror sprinkled in. Today,through the film’s first trailer, Warner Bros. gave us a better picture of what to expect, which is an attempt at a photorealistic, furry electric mouse that happens to sound like Ryan Reynolds.

Lead actor Justice Smith (The Get Down) portraysTim Goodman, a young man who discovers a Pikachu (the voice of Reynolds) and acts as the one person who can understand his “Pika Pikas” as actual words. The two unlikely cohorts team up on an adventure to find Goodman’s missing father, utilizing the apparent amazing detective abilities that this Pikachu inhabits. Expect other Pokémon like Psyduck, Jigglypuff, Charizard, and a host of other pocket monsters from all of the different generations of Pokémon to show up. And yes, they all have the same “realistic” look, with fur, scales, etc.

Anyway, did you see that Psyduck? Like, just look at it. 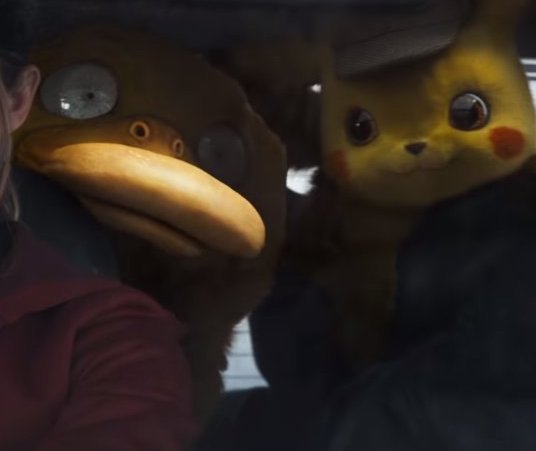 The attempts at realism in depicting these Pokémon is alarming. Take another look at the movie’s version of Mr. Mime, who is already a creepy motherfucker in the games.

Freckles on its face, tiny little hairs on the top, and… dodgeball shoulders? Maybe it was lack of foresight on my part, I really did not expect this weird Garfield approach. There is a weird, specific texture to all of these Pokémon, and I’ve been seeing reactions split down the middle about it.

I’m in the camp that’s all for it. Seriously. Not to mention, I think the adventure vibe that the film’s trailer is going for can really work. I’m also surprised, as a lifelong fan of the games, that the film is true to a lot of details, with posters that reference many of the locales found in the game, and a much more comprehensive selection of Pokémon characters and cameos that I expected.

Pokémon: Detective Pikachu was directed by Rob Letterman (Goosebumps) and will star Justice Smith, Kathryn Newton (Big Little Lies), Ken Watanabe (the guy Hollywood always gets when you need a Japanese actor), and Rita Ora. The film is scheduled for release on May 10, 2019—until then, you can contemplate about how in these trying times, we are all Jigglypuff right now. 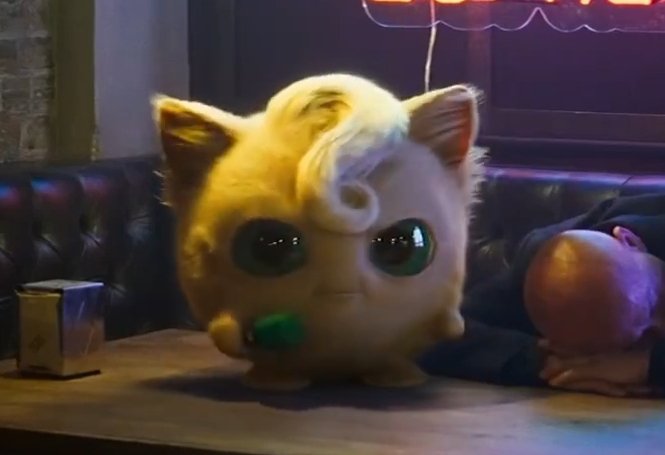