Another stage in Super Smash Bros. to remind us that, damn it, the coveted Wii U version isn’t coming out until this winter. Director Masahiro Sakurai has shared screenshots of the Mushroom Kingdom U stage which is, as the name would imply, inspired by New Super Mario Bros. U.

It looks like a standard course, to be sure, but there’s a dynamic element: Kamek will roll up and cast a spell to transform the level, as shown below. Geysers and a Mega Urchin start popping up to ruin somebody’s day. Sakurai says “this is not what you would call a moving stage.”

As much as I’m not super into it, based on the images — looks okay — that may be in part because I just finished New Super Mario Bros. U this past weekend and, yeah, I could do with a long period of not looking at the New series. Doesn’t helped that I went into it after 3D World. 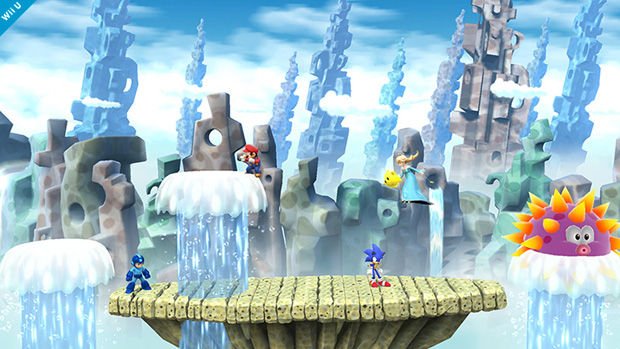