The winner of Destructoid's best of 2013 portable game

I think I played — and loved dearly — more handheld games in 2013 than I have since the days of Game Boy. Or at least since last year, which gave me two of my favorite games ever, Gravity Rush and Persona 4: Golden.

Still, it was certainly one of the harder categories for me to vote in. I picked up Luigi’s Mansion: Dark Moon during BioShock Infinite‘s midnight launch and half-joked it was my Game of the Year. Then more and more great handheld titles poured forth.

Here are thenomineesfor 2013 Portable Game of the Year: 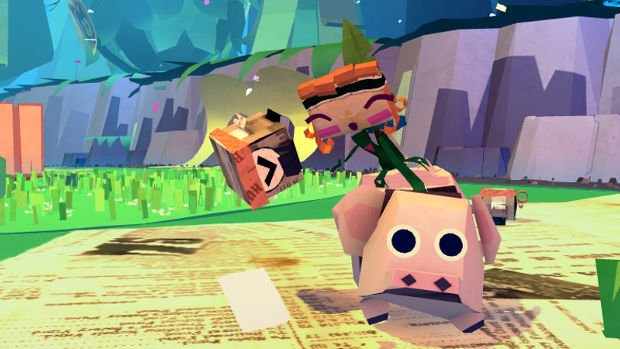 I made my love affair with Tearaway clear when I reviewed it. It’s such an unbelievable, special little game for so many different reasons. From a technical level, its papercraft aesthetic is realized perfectly. Seeing paper ripples as I skipped across a paper puddle made me giggle more than a realistically rendered sea of polygons could.

The level of detail is staggering. It feels, fittingly, handmade, like a warm beam of sunshine on an afternoon catnap. The big picture narrative, about story-telling, winds its way from endearing awareness to surreal exploration, culminating in a remarkably poignant, affective end.