The new indie section of Tokyo Game Show was a breath of fresh air. Literally! CESA opened up a new hall this year for the public days of the show, adding a fair bit more room for exhibits and attractions.

Starting on the first public day, in this new hall, the Indie Game Area was available for attendees to visit. It was a small corner of one hall on the two business days of the show, but expanded by several times on the weekend.

This new section is a step in the right direction for Tokyo Game Show. 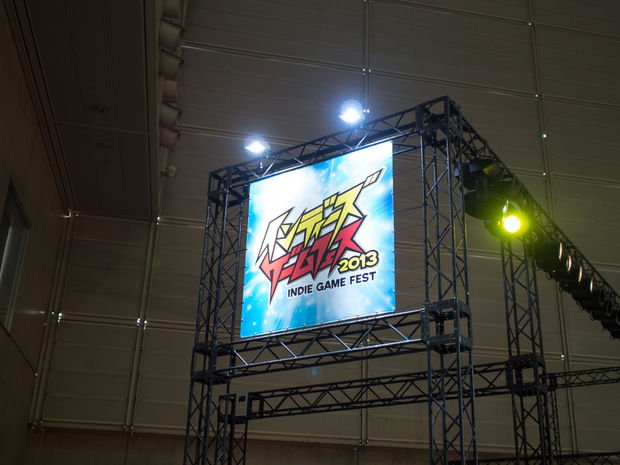 Despite the looming launch of two brand new game consoles, Tokyo Game Show 2013 lacked a lot of the buzz and excitement one would expect. Big things are coming as far as hardware goes, so Xbox One and PS4 got plenty of spotlight, as did the new PS Vita TV and new Vita hardware models. But there was a weird absence of excitement for the top game franchises this year.

What a perfect time to step up indie game presence. First-time visitors might have been put off at just how small the indie game section was this year on the business days. But for long-time visitors of TGS (this is my sixth show), any presence is appreciated. It’s a start.

But the dozen or so of the business days expanded to 50 or more on the public days in Makuhari Messe’s Hall 9. Aside from dedicated company mini booths, the indie area also featured a massive stage for Indie Game Fest 2013, where a large crowd gathered to hear about the newest titles. Stage presentations for a new Toho game, game maker profiles, live talks, streaming events, and more took place here over the weekend. Overall, a fantastic showing for indie’s first time out. 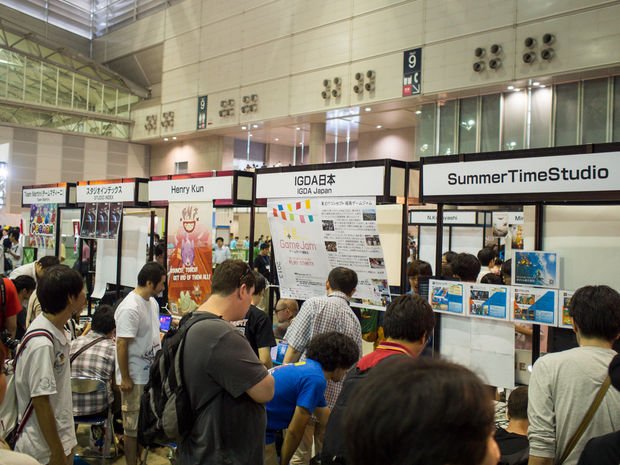 Exploring the indie area was one of the most enjoyable parts of my TGS 2013 coverage. Each exhibitor’s area was small — just enough space for a banner, some promotional material, and a computer or tablet to show off their game. But that didn’t stop attendees from lining up to see what was on offer.

I moved from booth to booth, spending all of the available time I had to get my hands on whatever looked interesting. It wasn’t just Japanese indies, though. Folks from all over the world were there to show of their work. It was interesting trying to work out previews over some of the language barriers. But that kept things lively.

We’ll have larger previews coming for some of the following titles, but for now I wanted to list some of the highlights from my finds. These are just a few of the solid offerings I played at TGS this year. 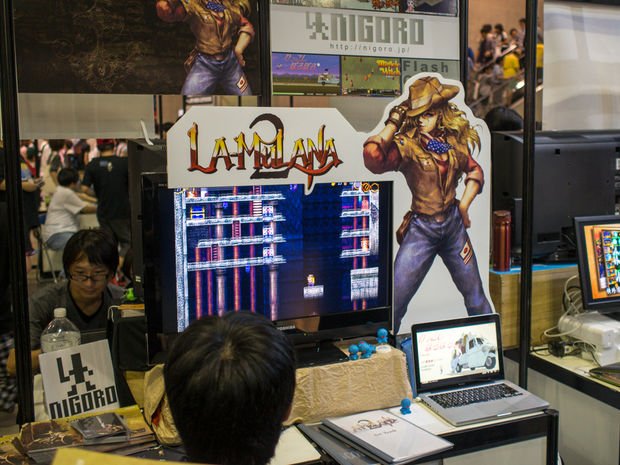 La Mulana 2 — Nigoro’s freshly announced follow-up to their platformer was just barely teased at the event, but it was enough to get me excited. A blonde hero wearing a leather bomber jacket with a strange patch that mixes the America and Japanese flags gets her whip on in what little they showed of the early concepts. Her adventure takes her through ruins that have a Metroidvania-style layout. So far it looks and sounds wonderful. Do not expect this game to be easy.

CuBeat — I think there’s another game called CuBeat, but they’ve never caught my attention like this competitive puzzler has. I spent a good amount of time at the booth of developer Team PSC clicking through this color-matching title. You click to remove any block, letting ones of like colors fall together — there’s no block movement at all. It sounds simple, but that’s perfect for competitive play. Fun comes with free mouse movement, which lets you shoot your opponent’s cubes too. 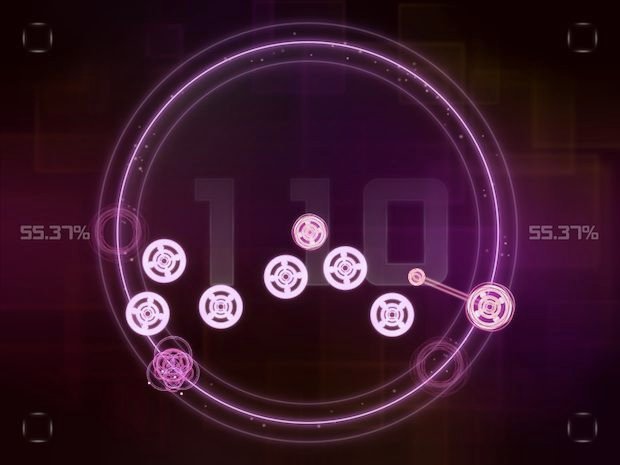 O!Beat — This touch rhythm game is not unlike those you might find in a Japanese arcade, though it’s pitched as a way to play with indie music instead of J-Pop. Points float from the center of a circle toward the edges of the screen. It’s your job to touch these points as the pass the edge of the circle, which is timed with the beat of the music. When the points really start flying you’ll have to use multiple fingers to keep up.

Fluff Eaters — It took me a bit to get, but I eventually found that Henry Kun’s touchscreen gameFluff Eaters is like jax. Your job is to clean up fluff for a purple cat named Chub. You do this by dropping Chub at any point on the the screen. While he is in the air, you poke at fluff balls to remove them. You have to do so before Chub hits the ground. Obstacles, moving platforms, and other tricks gradually increase the difficulty as you work through stages.

Hero Emblems — Taiwanese studio HeatPot Games had this cute side-scrolling RPG on display. This upcoming iOS title plays like a RPG and a puzzle game at the same time, with your matches generating moves. You’ll work to clear debuffs while trying to clear emblems to increase your power. Puzzling to role-play isn’t new, but this is probably the best-looking example I’ve seen. 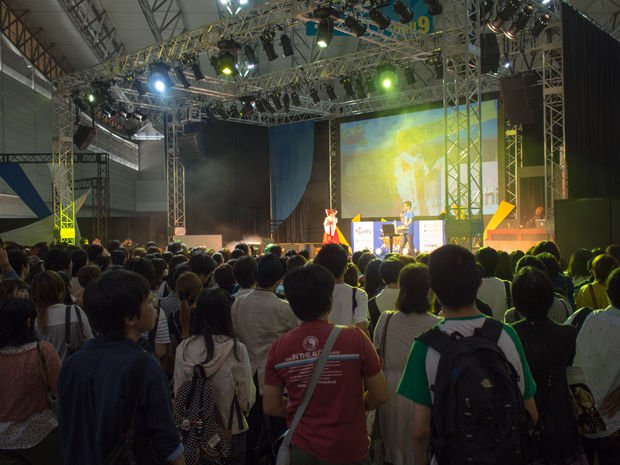 Establishing an indie section was a good move for Tokyo Game Show. Both the business and public showings were always filled with attendees, with non-stop lines though all days. Again, the indie area lacked the fanfare, spotlights, and booth babes that the bigger companies had, but somehow ended up being just as exciting for the lack of those things. New game experiences are just as attractive to games are big franchises are.

I’d like to see a bigger booth area next year. Also, more organization and more promotion. They could put more weight behind this and make it huge.

In the West, we’re fully prepped to give indie game makers the spotlight at all of our trade shows. It’s nice to see Japan and the rest of Asia working to catch up. Here’s hoping next year’s indie area at Tokyo Game Show is even bigger and better.