Sharpen your blade, and your skills

[Update: Namco Bandai has confirmed that Europe will be getting Soulcalibur VI on the same date, however the Euro version of the Collector’s Edition will only retain the Sophitia figurine, replacing the other physical items with digital content and a Season Pass.]

Namco Bandai have announced that the upcoming sequel to their swords and sorcery fantasy fighter Soulcalibur VI, will launch in the Americas October 19.

Soulcalibur VI will be made available in three formats. These include the standard edition of the game itself and a Deluxe Edition that features a steelbook with built-in “soundbox”, a soundtrack CD and the dreaded Season Pass.

Finally, a Collector’s Edition will include everything mentioned above, but also features a special collector’s box, a 120-page art book and a 12-inch figurine of the series’ powerful poster girl, the Valkyrian Sophitia.

Soulcalibur VI launches in America on October 19 for PS4, Xbox One and PC. 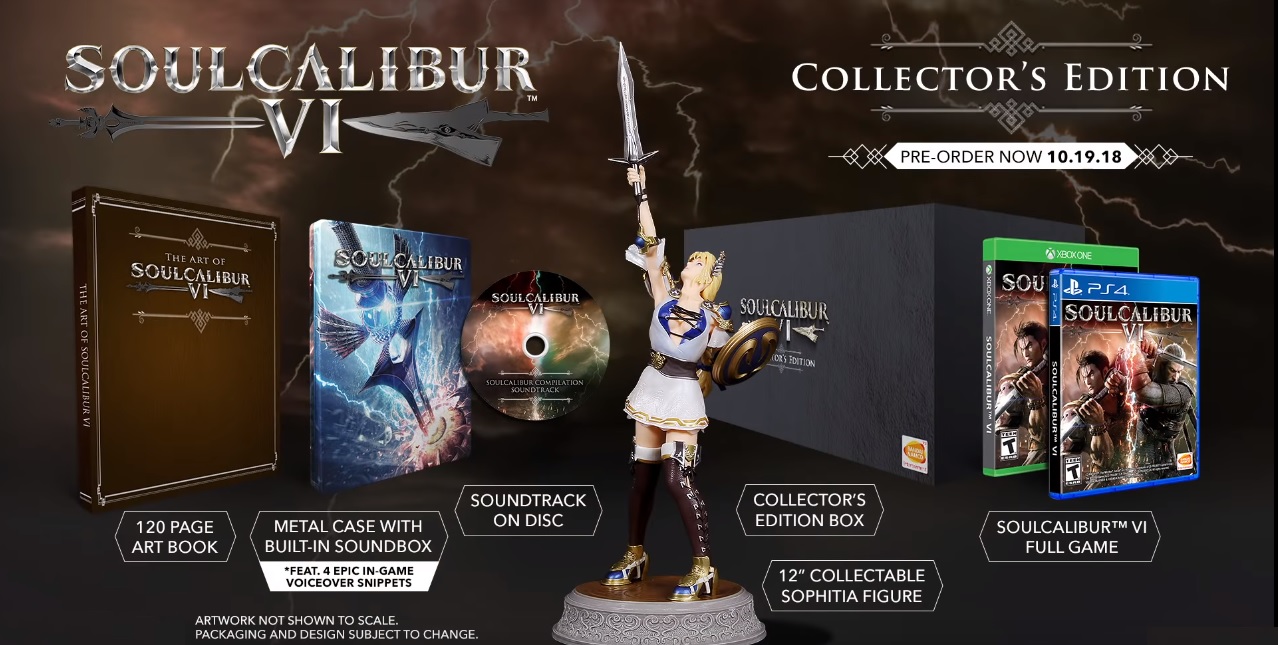