Five people and one dog all sharing a special connection

First, you need to watch this trailer for Valiant Hearts: The Great War before reading anything about it.

This isn’t your typical war game, as Valiant Hearts is going beyond the disconnected action tropes of “good versus evil” you tend to see. This is a title about the horrors of war, and follows the lives of five different people plus one dog that are all connected in some way or another.

The trailer does come off as very serious, and while this does have some heavy themes, it’s not just going to be a totally depressing experience. “It’s a mix of the lighthearted, there’s going to be comical moments,” community marketing specialist Kevin Irwin told me. “Just like in real life there’s deep saddness, loss, but also joy. It’s really narrative emotional driven is what we’re going for.”

Valiant Hearts is a stylized 2D puzzle-adventure game that sees you playing as five central characters over the course of World War I. The first character you play as is Emile, a French farmer who becomes a prisoner of war for the Germans. He’s forced to cook for the Germans, and while in the middle of making sausages the camp he’s being held in is attacked by Allied forces.

Emile survives, but is buried under rubble. Thankfully there’s a dog that’s able to help you out, and this dog will be a central figure for all the playable characters over the course of the war. He’s a companion that will help you solve puzzles, give you hints, and can find objects in the world. 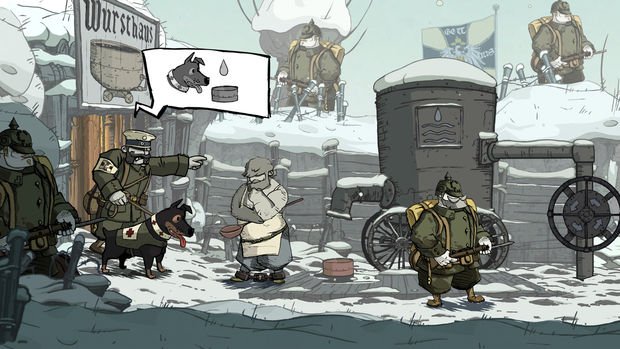 A very basic example of a puzzle I saw had the path blocked that can be cleared by pulling a lever. The lever however was on the other side of what was obstructing the path, but the dog is small enough to reach the lever and bring it back to the player.

Players can also pet the dog using the touch pad on the PlayStation 4 controller. Just rub it and you’ll rub the dog. Next-gen has been won by dog petting! You’re able to throw a stick for the dog to catch via the touch pad too, you just hold and pull back like you’re launching a bird from Angry Birds to do so.

After this we got to see Freddie, an American volunteer fighting in the name of his fallen wife. While battles and events are set around historical battles from World War I, the characters themselves are inspired by actual people. In the case of Freddie, his character is inspired by the Harlem Hellfighters of the 369th infantry and other real American volunteers. Freddie in particular is named after Corporal Freddie Stowers. 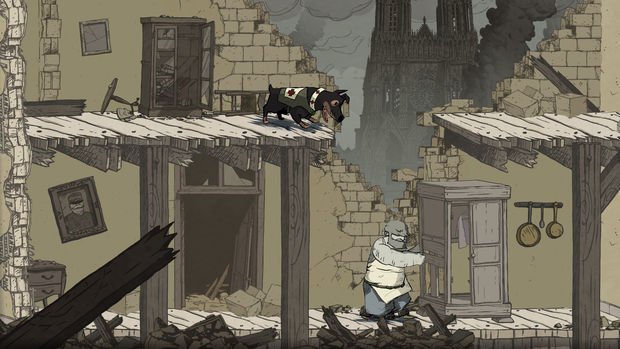 The comic-book feel of the entire game helps in offsetting the dark theme presented to players. Cutscenes are shown within the game as you’re playing in comic-panel fashion in order to not take you out of this 20-hour experience. It’s extremely beautiful to watch things in motion, and another reminder that the UbiArt Framework engine is one of the best in class.

It was quite the experience seeing Valiant Hearts in motion. I didn’t realize how desensitized I’ve become to war in general after so many first-person shooters until I saw this game. This war (along with so many others) actually happened. In fact we’re coming up on the centennial of World War I next year, which is why the ten-person team at Ubisoft Montpellier worked on creating this game.

As Yoan Fanise, audio director on the project told me, this was about remembering “the war, to show the war to a new generation. We wanted to tell a story, something deep with real people. The war is the enemy, it’s not the people.” 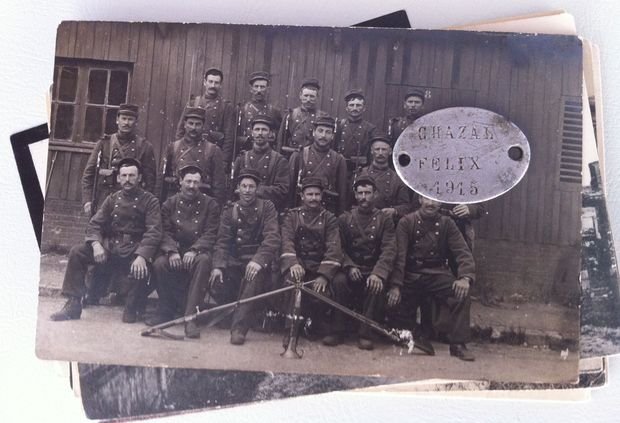 I’d be lying if I said I wasn’t moved by all this. The whole experience was quite refreshing, and I left the Ubisoft event happy knowing that there were people like Yoan and Kevin looking to create something special like Valiant Hearts.