In Yharnam, we fear the old blood

It’s been almost a whole year since I purchased Bloodborne, got slaughtered in Central Yharnam, and put the game down. But ever since October started, I managed to push through my previous failures and finally experience Yharnam in all its spooky glory. I now appreciate what Occams previously said when he stated his love of Bloodborne‘s Lovecraftian elements and horror ambiance.

Establishing the setting and atmosphere of a horror game is such an important and profound part of making a game scary. It kind of feels pointless to bring up the subject of setting in a horror game but it can do everything, from making a supposed horror game terrible, to tinging adventure games with a feeling of suspense and terror. Bloodborne is supposed to be an adventure/RPG-type game, but romping through the dark, fog filled streets of Yharnam, unsure what kind of terrible, malformed beast I’ll meet around the next corner filled me with dread. Especially later on, when beastly monsters prowling the streets gave way to mysterious places of worship filled with… unknowable things. 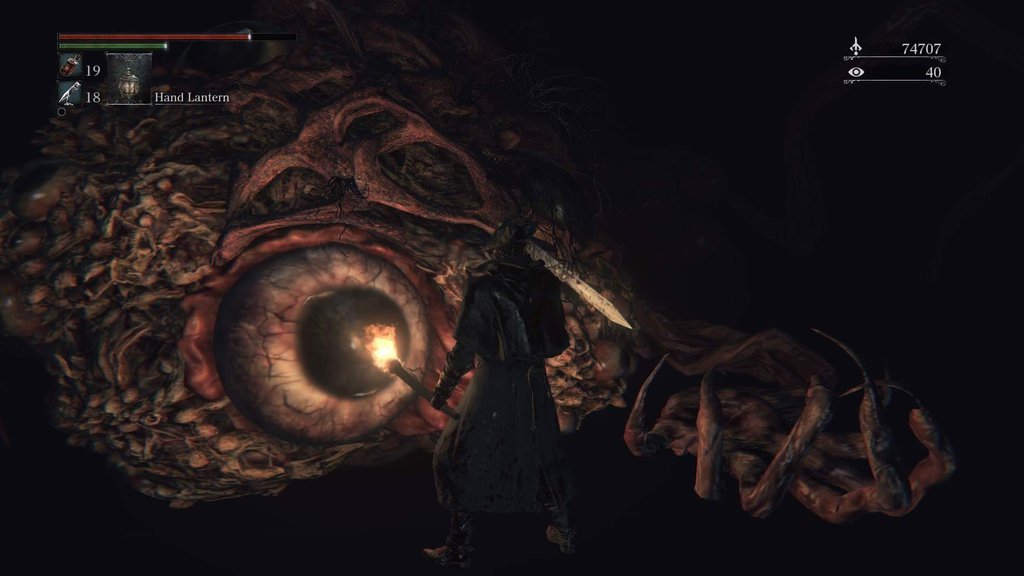 Last week I asked the community what some of their favorite, blood-spattered, grimy, dirty, unnerving and suspenseful locales were. We’re sidestepping the prompt of overcoming fear and jumping right into the horror.

Agent9 taps into the unknown of abandoned towns:

I like abandoned towns with actual exploration. You never know what you’ll find. I suppose something like silent Hill. You get the fear of the unknown with the wide open space mixed with claustrophobic areas that you’ll need to enter to progress. You can also see a lot of “history” if the game is designed well. One of my favorite things to do is find documents and photos to learn about the past of the town and the people in it. It’s always intrigued me.

New York from Parasite Eve, i love the atmosphere the game has overall. i wasn’t very keen on the sequel though, as i really enjoyed the gameplay of the first game, it was a very cool take on the ATB system, and i wish more games copied that. 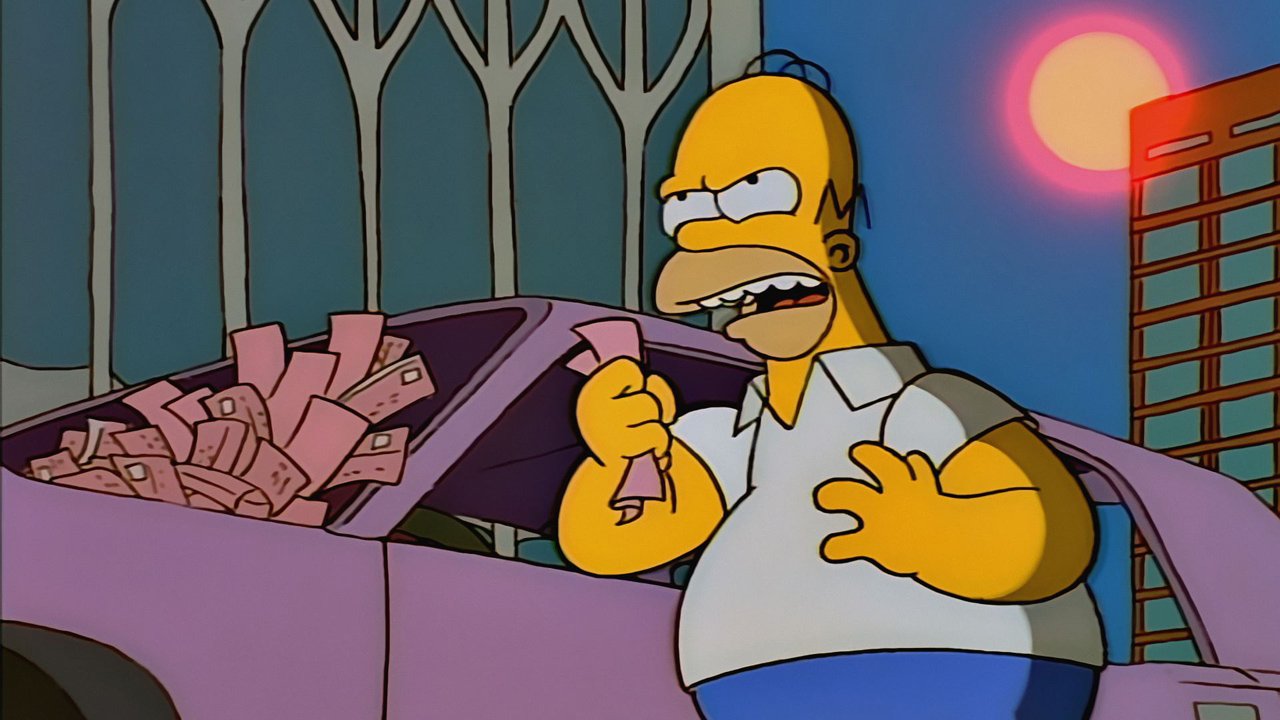 I always liked (scared of) mundane things gone horribly wrong like in Slient Hill 4 when the normal looking apartment goes more fucked as the game goes on. Makes me feel immersed into the world and relate to what happening.

The one common aspect to Ghostmaniac3434’s choices are big, spooky mansions:

Mmm. Setting BB aside due to its mentioning above, I’d say I have a few. Resident Evils Spencer Mansion is an obvious but still huge entry on my list-its such a fascinating building to explore and you never quite know what new ghoulish horrors are waiting, and you build such an intimate relationship with it, even having zombies you leave be because its riskier to kill them.

RE7s different areas have such a similar feel to that but in the best way-capturing the tone and feel of that mansion but adding its own twisted flavor and a balmy swampy area outside that constantly puts you ill at ease.

Luigis Mansion is also similar to REmake in how the mansion feels, its twist and turns, shortcuts and the unknowns that await-its not as scary but I’m lumping it in there because its darn great and its a fun building to explore.

Annnnd Dead Space as a series. Great aesthetic and some really cool design, especially the creepier scenes of having to go into a giant necromorph in the third game or the beautiful Chruch of Unitology.

Micheal Giff reminds me of the hedge maze scene from The Shining:

Garden Mazes always gave me the creeps. I mean who installs a labyrinth in their backyard? The constant uncertainty on if you’re making progress or retreading old territory is really unnerving. Also there is no worse feeling than running for you life, only to be greeted with the dreaded dead end. So whether your being cased by a pack of blood thirsty hounds or a goose with your Grandpa’s dentures… Garden Mazes get my vote for best spooky setting.

Roxas1359 has a ghoulish choice indeed:

Believe it or not, I loved the atmosphere of Dead Money from Fallout: New Vegas a lot. The thought of a city untouched by war, but still populated by ghoulish people who were fused to their hazmat suits and gone insane really crept me out. Not to mention that the ambient music has the bomb sirens that went off in 2077 still blaring but slightly muddled out by the Cloud going off.

The correct answer is asylums.

I mean, abandoned towns and mansions are spooky on accident of circumstances. An asylum is just asking for wrathful ghosts to get involved. 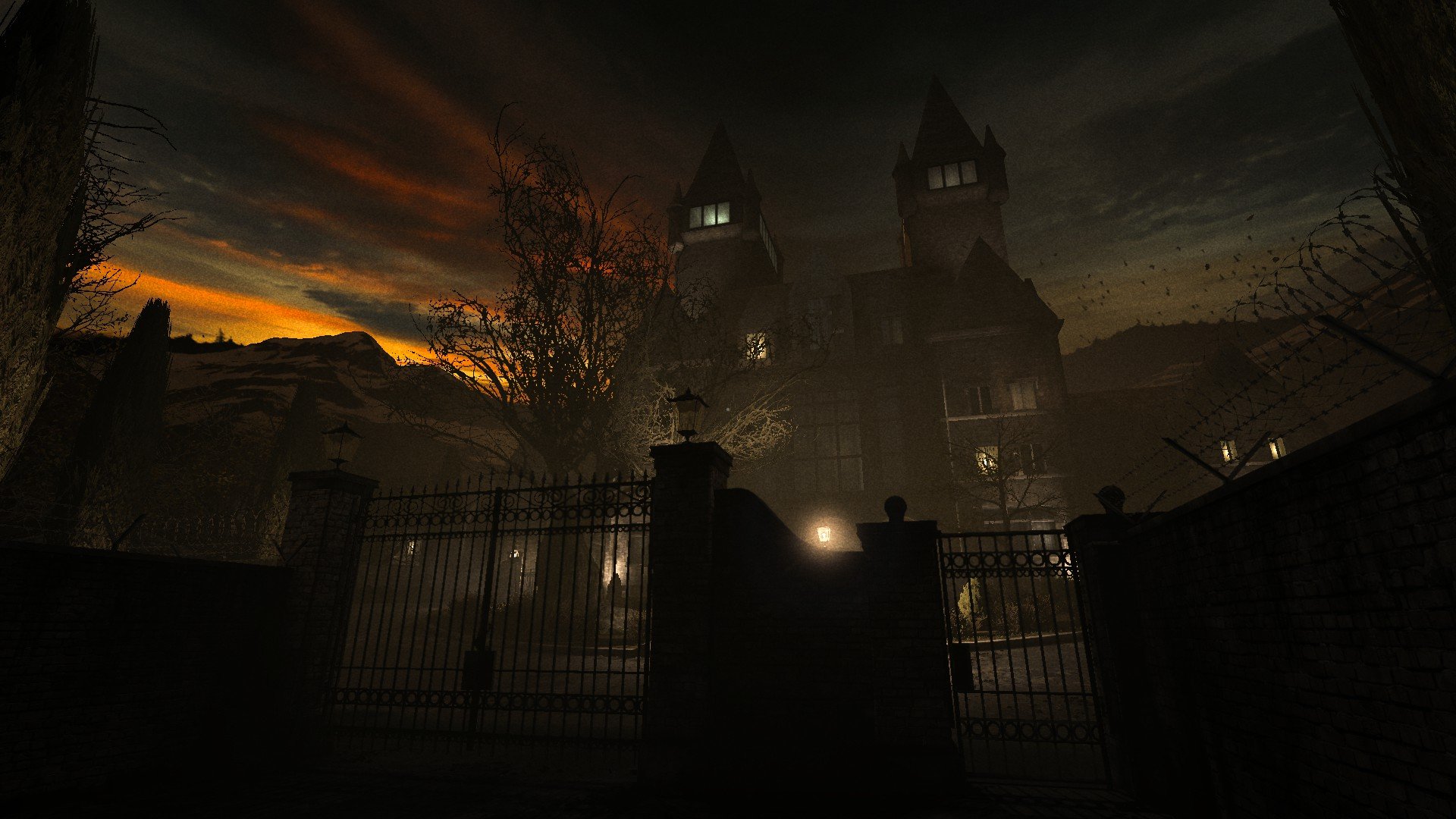 So what are your favorite horror settings in games? The perfectly created asylum? Classical graveyards? Or maybe something new and contemporary like a dilapidated city at the bottom of the ocean?