I rocked the long sword for the…longest time

Now that y’all have had a little Monster Hunter Riseunder your belt, it’s time! 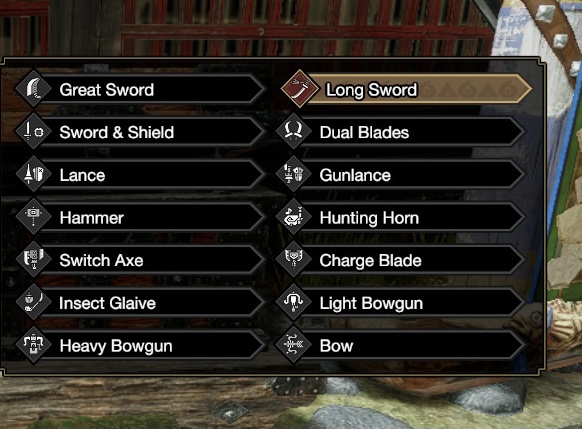 Me? I’ve been rocking the great sword. I know, it’s basic! But it’s also really rewarding and fun to play.

The great sword not only looks cool, but it provides a ton of control for hunters. It’s powerful, but not clunky. It also has several counter-abilities, making combat even more engaging as you swap from offensive to defensive maneuvers on a dime. It’s also flashy! There’s nothing quite like sheathing your sword and then letting it rip like you’re straight out of a samurai anime.

As a reminder, the game’s producer shared that the long sword was the most popular weapon in the demo, followed by great swords, then the hunting horn (which got a huge buff in Rise). So it’s no surprise that the long sword is going to be a popular answer.

After mastering the long sword, I started gravitating toward the hunting horn. I want to really get it down for when I start playing more with groups online, and I’m still intent on learning the dual blades inside and out just for style factor alone. Next up is the light bowgun, as I should probably have a ranged weapon in my repertoire for good measure.

But I know there’s a lot of you out there who are rocking a few of the more esoteric weapons, too. Your voices deserve to be heard. Make the case for your weapon of choice!