Starlink: Battle for Atlas stuck out to me as an oddity from Ubisoft’s E3 conference last year. Even in 2017, the NFC figure craze was clearly a dying trend, and most series cut their losses by either shutting down or scooting into other media. The only one still regularly supported — pending a surprise Skylandersannouncement at this year’s E3 — is Nintendo’s amiibo, and it’s a stretch to say they’re “toys-to-life.” Most consider them far more appealing as a collector’s item than as a piece of boring DLC in an overpriced plastic shell. But Ubisoft isn’t backing down on Starlink, and have mentioned it by name in their E3 2018 plans.

I have mixed feelings towards my own collection of such figures. Some are met with a grin of childlike glee. Others just get a sigh of buyer’s remorse. Starlink could become the former, but with evenSkylanders going quiet, it’s public knowledge that it’s a gamble to produce games and figures like this. The sole exception is if the IP is powerful enough to carry them as individual pieces of merchandise —even then there is no guarantee — and that’s something I don’t see happening with a brand new IP.

It makes me wonder what Ubisoft is thinking trying to get into this field, especially towards an older audience that’s much more skeptical towards the concept. Yes, Ubisoft is obviously chasing potential loads of money, except the loss of such money is why these games have declined. But the more I think about its emphasis on modular ship design, the more I think it just may be onto something. 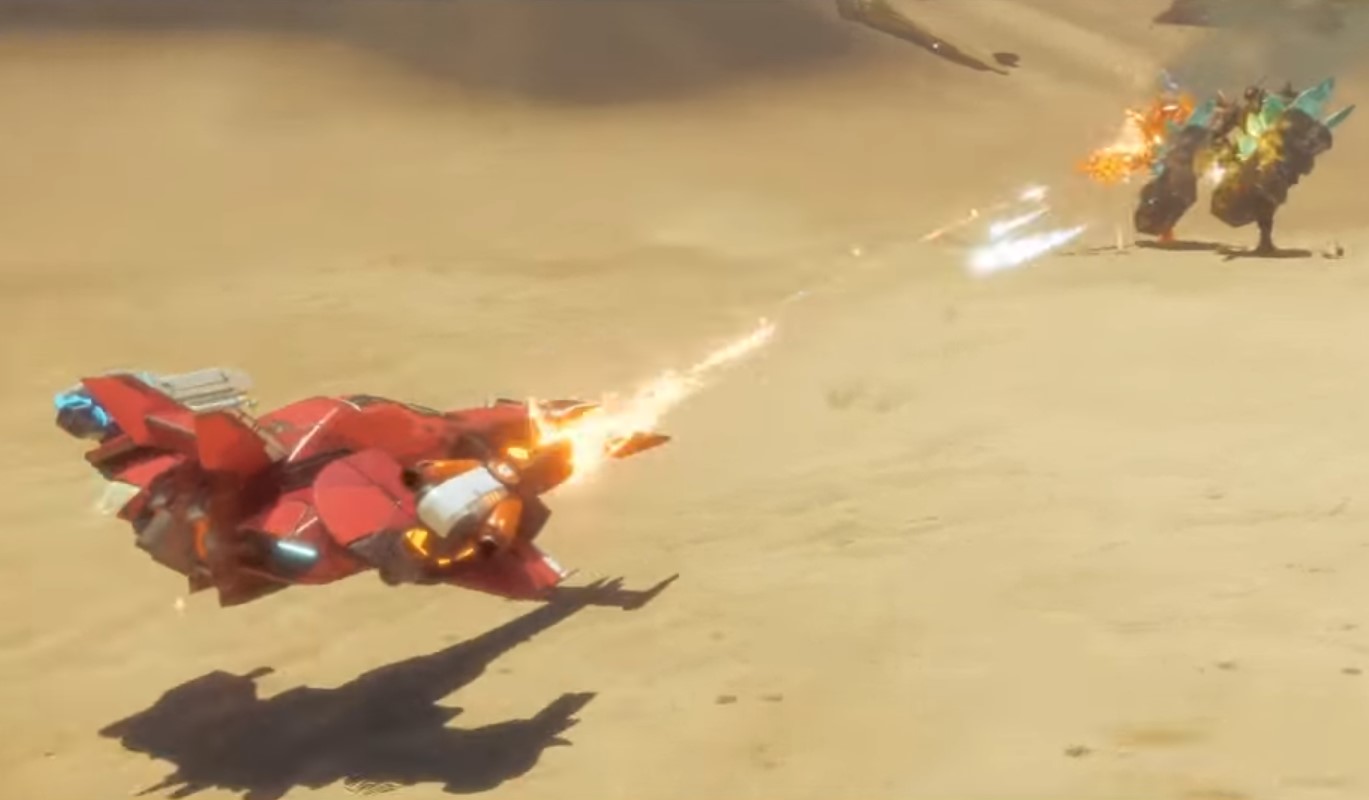 The crux of the concept of toys-to-life is the games coincide with the figures. They are two halves of a whole. One would (hopefully) be pretty alright without the other, but without both, something feels hollow about them. This is why I insist amiibo aren’t toys-to-life anymore. Early amiibo allowed data to be written to them and applied across games, some uses more interesting than others. But Nintendo hasn’t made another game making use of this feature since Breath of the Wild’s Wolf Link companion, because amiibo are capable of driving enough sales by sheer collector value. Nintendo doesn’t have any reason to design interesting gameplay around them anymore, thus they haven’t tried to do so, barring the brief Wolf Link experiment.

That specific use of Wolf Link strikes me as odd, too. Outside of that example, amiibo are criticized for either doing nothing remotely interesting or for locking cool features behind limited-run plastic paywalls. But nobody batted an eye at Wolf Link in Breath of the Wild, despite how random a crossover it was. In fact, despite being the most exclusive amiibo addition to that game, it was received much better than any other amiibo usage. That’s because Wolf Link himself enters the game, bridging the gap between game and figure. This use isn’t designed like an unlock code for a new costume or whatever, it’s designed to feel like the toy itself comes to life.

Starlink, as well as every other figure line before it, understood that emphasis on making the toys feel as if they come to life. Yet Starlink takes that understanding a step further by integrating real figure customization with in-game ship customization.Lego Dimensions attempted something similar by using portal positioning a gameplay mechanic. Building different vehicles out of the same pieces for Lego Dimensions was a fun novelty, but the software couldn’t actually tell whether the Batmobile was a car or a mech or missing a tire, that was all handled in-game. Starlink actually plans to have each modular piece correspond to obvious gameplay changes (and, thankfully, simplifies it so you don’t need to find out where that last 1×2 brick went underneath the sofa).

It’s extremely reminiscent of how kids normally would play with modular figures. Switching parts, seeing how they look and pew-pewing them differently is something that simply makes sense for a toy built with modular pieces. Integrating the design into gameplay could make having fun with the figures and having fun with the game more cohesive. That might be why the ships are mounted onto the awkward-looking controller-extension, too. Not only does that keep the figure within reach and swappable, it’s positioned similarly to how one would hold a toy ship in front of them and fly it around.

When all of this comes together, I see a combination of my favorite bits and pieces from the other toys-to-life games I’ve played. I see new characters and quirky designs like Skylanders. I see meaningful gameplay distinctions between figures like Skylanders and Disney Infinity. I see interactivity with the figures themselves like Lego Dimensions. If any game is capable of proving whether this model is worth exploring further, it’s a game like this. 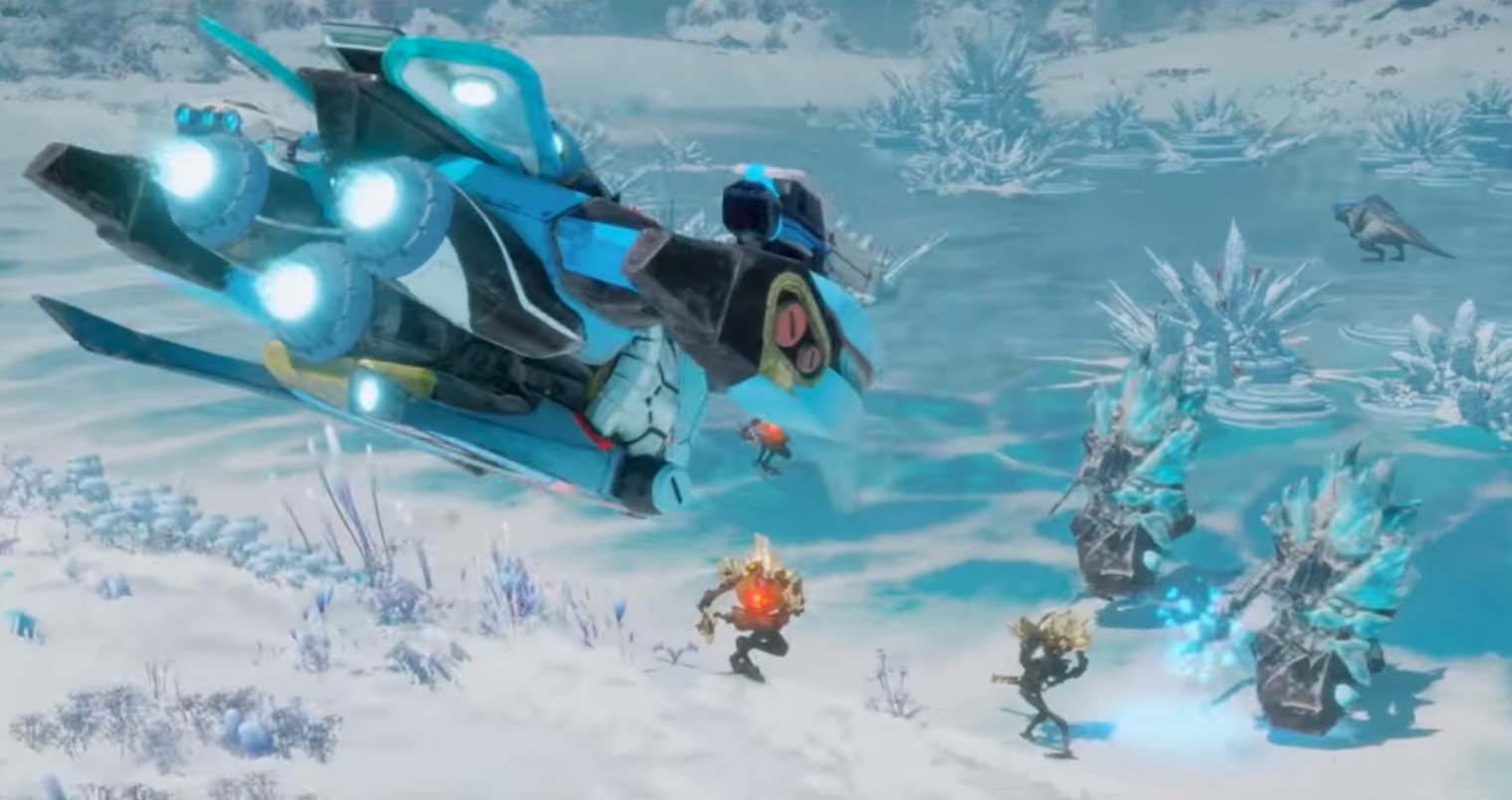 For all of my optimistic curiosity, I do see one glaring concern. The trailer shows a segment of gameplay where the ship’s weapons fail to work against a specific type of enemy, so the player switches the figure to a different set of weapons. This is pretty vanilla game design to encourage weapon swapping, but when weapons themselves are restricted to physical merchandise, this could easily be exploited. Skylanders already had gameplay mechanics where “Element X” is more effective here and there, but not anything as drastic as (seemingly) nullifying attacks. I would assume the starter set will be enough to defeat any enemy, but you know what they say about assuming.

Actually, as I did a little research to fact-check this piece, I came across this interview. In it, a producer at Ubisoft says that they’re also planning for every ship and part to be collectible digitally, without ever touching a physical figure. Huh. That…actually sounds like a good compromise. Though as always, the devil is in the details we don’t know yet. Especially given Ubisoft’s track record for microtransactions. 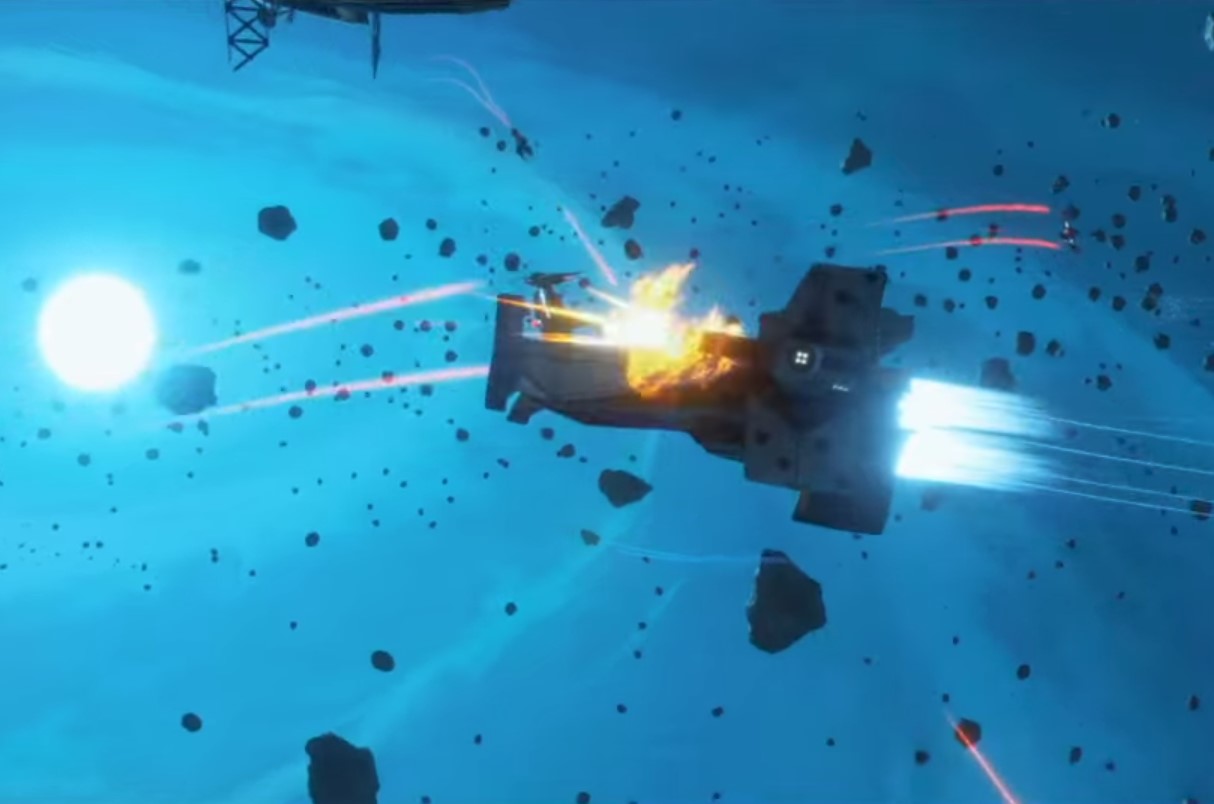 The toys-to-life fad came and went rather quickly because designing them requires an extremely delicate balancing act. This model can’t last in the long term without hitting the sweet spot between good game design, appealing figures, and family-friendly pricing. I don’t expect Starlink to cause a dramatic mass-resurgence of the model, nor do I want it to. So many costly figure lines competing in a tight market was one of many factors that choked it out in the first place. And yet,Starlink intrigues me because it has the potential to realize my overly active imagination more than any toys-to-life game before it.

Naturally, it won’t succeed in that balance unless its gameplay is designed well outside of its figures, and we still know very little about that. If that isn’t up to snuff, this IP might as well be another line of amiibo. But we’ll know more this upcoming E3, assuming Ubisoft doesn’t spontaneously combust. I have no plans to commit to another game like this myself, but I enjoy watching unusual avenues of game design unfold, and I’m curious to see whether Starlink will make this idea work better than its precursors.