With WiiWare going, Sin and Punishment's English release is on life support

You know, Saki didn’t return as an Assist Trophy in Smash Ultimate…

Sin and Punishment is one of the strangest cases in the history of the Wii’s Virtual Console. This Treasure Co. project was a Japanese-only Nintendo 64 game set in Japan with Japanese protagonists voice acted entirely in English. It was only after the advent of WiiWare that it saw a proper English release, complete with translated menus.

But digital distribution is a double-edged sword. Withthe impending death of WiiWareon the horizon,Sin and Punishment has begun to fall back out of reach. It remains available via the Wii U’s eShop, but given that the Switch has no Virtual Console in sight as of Nintendo’s current plansand it’s only a matter of time until the Wii U eShop suffers the same fate as WiiWare, it probably won’t be available forever. Which is a shame, because it’s one of the most ambitious rail shooters around and my favorite game to come out of the Wii Shop Channel. 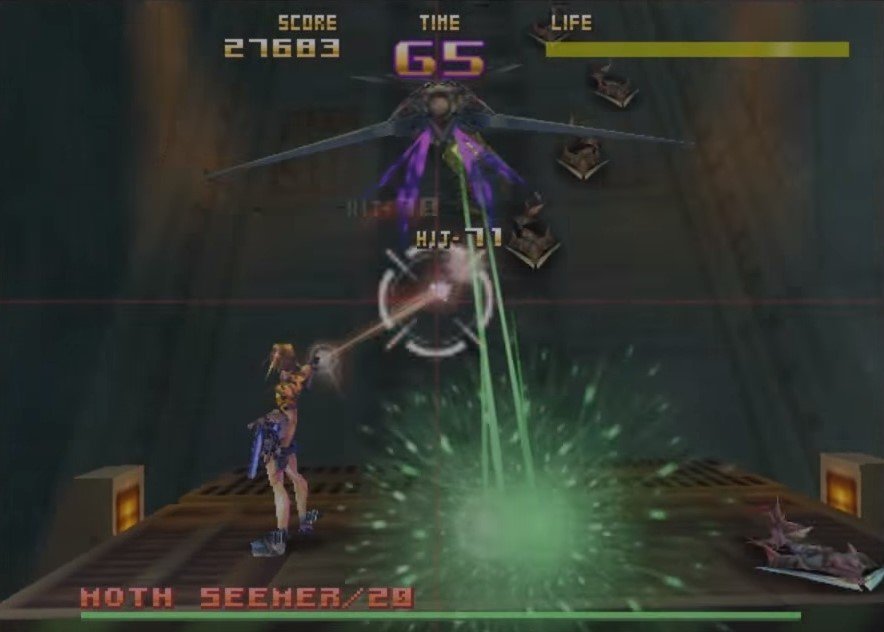 Each level of this N64 shooter is spliced up with voice-acted scenes that develop Saki’s war against the mutant Ruffians and oppressive Armed Volunteers. My understanding of his comrades, Airan and Achi, constantly changed with new information and developments. For being so short, these scenes arguably take up about 25% of a full playthrough, though they always move along at a brisk pace. It’s basically the plot of a 13-episode anime condensed into a 2-hour game. More specifically, the kind of anime whose plot takes many weird turns with every major plot twist. Like the kind of plot twists I’m going to share below!

To be fair, by the time Saki fought an Armed Volunteer captain who attacked by teleporting her own soldiers and throwing them as projectiles, I knew I was in for aweirdride. I did not know that said captain would transform into a skyscraping Ruffian, prompting Saki to do the same as the proceeding boss battle bathes Tokyo in a sea their own blood (quick aside, it’s very bold and progressive for an early 2000s game to feature a kaiju protagonist). One arc later the whole plot is revealed to be a ploy by Achi, who wants to train Saki to be a weapon against her true enemies whom we never see in this game, which naturally leads to her usurping the role of the main antagonist. Oh,andthe final boss is a fake Earth that you have to destroy while protecting the real Earth’s HP bar. Yeah, this plot escalates stupidly quickly. I love it. Did I mention that Saki gains control of his Ruffian form thanks to the power of love? Because that happens too.

This story rapid-fires so much information it’s hard to follow everything in a single playthrough. I consider that a part of its charm, though that may arguably be due to the fact that I’ve replayed it several times and actually know what’s going on in each cutscene. At any rate, condensing the plot to fit the pace of the game is a better alternative to dragging out the short playtime with lengthy exposition dumps. This way, cutscenes act as breathers from the high-octane gameplay rather than grind that adrenaline rush to a halt.

Sin and Punishmenthas a simple but surprisingly deep control scheme for a 3D shmup. In addition to aiming, running, and shooting, you can jump, toggle aiming types, dodge roll, and use melee attacks. Saki’s context-sensitive sword strikes are extremely intuitive as they’ll occur automatically while you keep rapid firing against close-range threats. Yet despite the simplicity of this move set, it’s hard to master thanks to the plethora of creative bosses that interact with these abilities and their environments.

Every stage is full of encounters that bring new gimmicks and challenges, but they all build upon one’s understanding of the core mechanics in an easily understood way (okay, with one exception of a rapidly regenerating jerk). One early boss is resilient to shots but is vulnerable to falling off the stage, as hinted in the cutscene before it. Another scampers around in a circular arena filled with obstacles, requiring you to outsmart its movements to line up your shots. Yet another is most vulnerable to its own projectiles, which you’ve probably accidentally learned you can reflect with your sword just by attacking normally. These fights feel so intuitive yet diverse that it feels as if you’re constantly learning new tricks, constantly making the gameplay feel fresh.

Adding this learning curve with various difficulty options and the freedom to practice any single stage from the main menu makesSin and Punishmentone of my favorite score attack games of all time. There’s so much unique nuance to each encounter that I always feel there’s room to develop better strategies, and by extension, room to rack up higher scores. 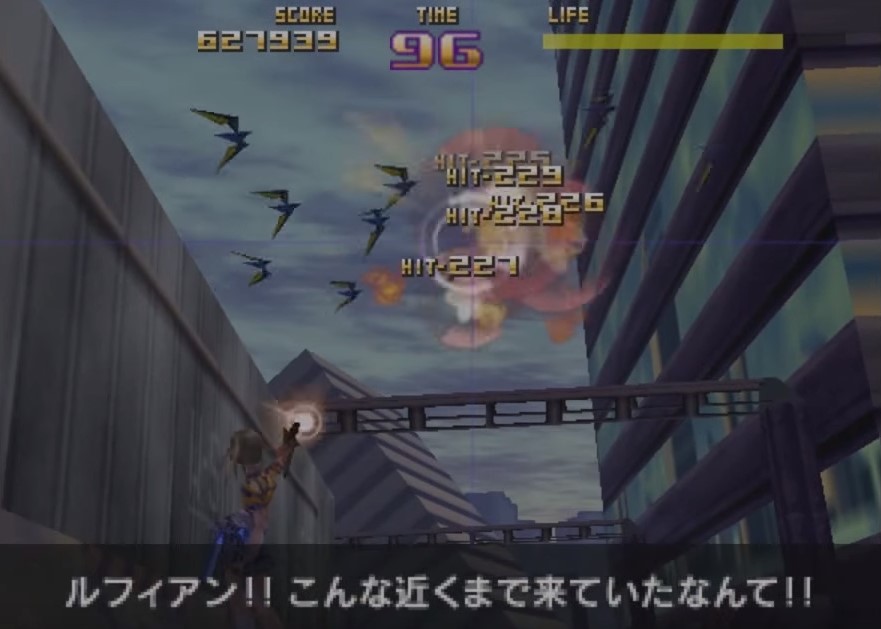 Sin and Punishment is one of the most delightfully unique games I’ve ever played. It embodies a niche of older game design that was ambitious enough to garner a cult following not unlike a certain other Nintendo game. The difference is this game finally saw the light of an English release. And that light is fading.

Digital-only games can only circulate as long as their storefronts exist. Should those storefronts not account for their hardware’s inevitable phasing out, they’ll eventually lose the accessibility they offer. When their stores go down, digital-only games instantly become impossible to play without tracking down a console that already has it. That is far more expensive and cumbersome than finding a single copy of an old game.

I don’t resent Nintendo releasing one of my favorite games only through digital distribution, as otherwise, I would never have even played it. But I am disappointed that their Virtual Console policies keep pedaling backward and expedite the shop’s intrinsic flaws. The fact that I cannot freely re-download the Wii U releases of the exact same WiiWare titles or vice versa makes keeping my collection secure unnecessarily more costly than it is on storefronts with cross-buy support.

Nintendo announced that they aren’t bringing the Virtual Console to Switch because they already have several other ways of selling classic games on it, but all of those methods lack many previous Virtual Console releases. What most collectors and consumers want is a single, reliable platform that will host an entire catalog of classic Nintendo games, not a bunch of incomplete platforms. And comparing Wii and Wii U Virtual Console titles alone, all of the Switch’s classic game options combined are incomplete because they are missing so many games that have not been delisted from the others. Even the Wii U only saw a gradual trickle of older WiiWare releases, a fraction of them at that. If the Switch continues on its current trajectory, we have no reason to assume Sin and Punishment will ever come to the Switch, or even any of Nintendo’s more popular N64 releases.

An online storefront itself has little say in how long its games remain available.But at least others preserve most of their libraries for longer than their hardware’s shelf life. If Sin and Punishment were a PS1 game that otherwise had the same localization woes, I wouldn’t fear for its future as I do right now.

Sin and Punishment is a fine example of why Nintendo should adopt better digital distribution policies…or better online policies in general, really. It’s unrealistically idealistic to hope for a future where all games will be perfectly preserved forever before they pass into public domain next century or so, but Nintendo is…Nintendo. They’re known for producing and publishing many of the most beloved games ever made. Their history with consumer unfriendly online decisions doesn’t excuse them from being held to the standards of their competitors, if not higher thanks to their monolithicpresence in the game industry. It would be a shame if something as great and unique as this game’s English release faded out of existence just because Nintendo doesn’t meet the standards set by Sony and Microsoft.