Worms W.M.D plays great, but is still the same ol' can of Worms

I’ve been playing the Worms series since the ’90s. The height of my exposure was by way of the Game Boy version of Armageddon, which I could conveniently play during car rides — on a portable, the pass-and-play style was almost how it was meant to be experienced.

But since the mid-2000s, my interest has dropped a bit. I don’t rush to check out every single Wormsgame these days, because, well…a lot of them are the same.Worms W.M.D hasn’t changed a whole lot, but it’s still Worms, and that’s mostly okay. 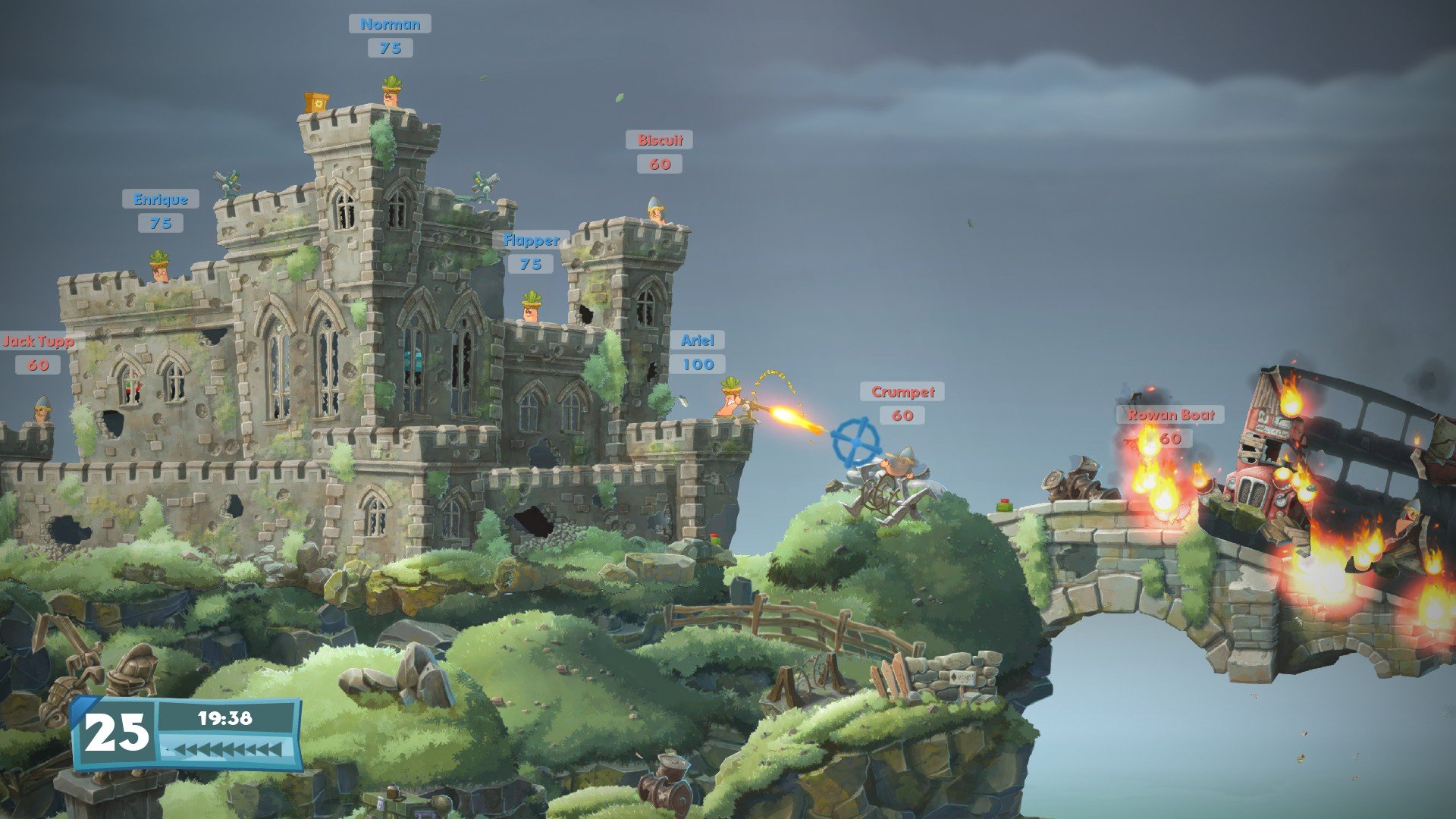 One of the first thing I noticed about W.M.D was the style. It’s pretty much perfect, as it exhumes a modern sheen (coupled with a solid frame rate, even in this early build), but it also has a disciplined, ’90s feel to it. What I mean by that is essentially everything fits, no matter how absurd the explosion or silly the character model. I don’t think you can really push Worms much farther without reaching uncanny-valley territory.

As of right now I have access to five campaign levels, five training missions, and multiplayer — but the full version will of course unlock customization options (and feature 30 levels, 20 training missions, and 10 challenges, with online and offline play for six players). I breezed through the story bits and tried a little pass-and-play multiplayer, and it passes the Worms test. It’s just as fun as ever, and vehicles add a small dimension as power-ups, just enough to make them interesting.

The tank conveniently jumps, for example, and the helicopter doubles as a jetpack mixed with a machine gun. So while it’s not too innovative, it works all the same. Crafting is also in (done by grabbing ingredient-like pickups on the map), which I dig more than I thought I would, as it balances out overpowered luck-based crate drops, adds an element of choice, and isn’t hard to figure out or do on the fly.

But going back to my initial point, it’s all similar. There’s six themes in the build I tested, most of which look great, but I’m always annoyed that each iteration doesn’t just include everything. I love the Hell theme and enjoy myself immensely whenever it pops up, but I get a sinking feeling when I play each passing game and see some of my favorite elements taken out, only to be added back in the next year. Newcomers probably won’t notice it, but fans know what I’m talking about.

With that in mind, Wormshas been a “buy every other game” series for me recently, and I’m due with this one.Worms W.M.D will launch on August 23 on PC, PS4, and Xbox One — with an “All-Stars” DLC pack on the latter that comes with a Joanna Dark weapon, as well as Microsoft/Rare-themed costumes.