Are you streaming gameplay? Well, forget cables, configurations, multiple PCs, software hacks, and confusion. That’s all gone when it comes to streaming and capturing gameplay on your PC, starting today. XSplit Gamecaster is a simple software program that lets you send your PC or console gameplay to Twitch, Ustream, YouTube, and other sites without the hassles of previous solutions.

We’ve known about it since last year, and have played with it a bit more recently, but the good news is that you won’t have to wait long before you can try it out for yourself as it will be available on February 18. 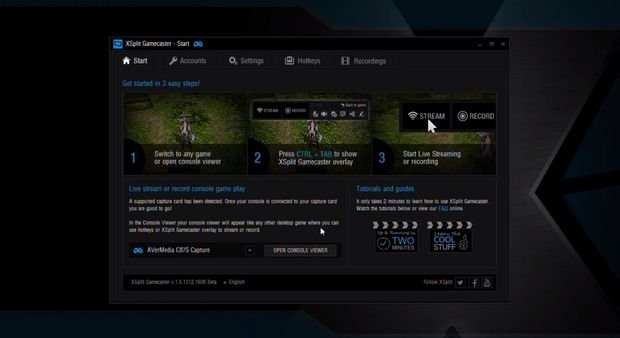 If you’re really into the broadcasting game, you likely know the name XSplit. If you’re new to it all, know that this is the go-to solution for streaming games and other events, as it provides broadcasting features that give the streams a professional look and feel.

Users will tell you that XSplit isn’t the easiest thing to use or configure. While it’s still the best solution for broadcasting, it’s not necessarily geared toward the gamer that wants to get a stream going quickly. Split Media Labs knows this, so they developed XSplit Gamecaster to meet the needs of these gamers. 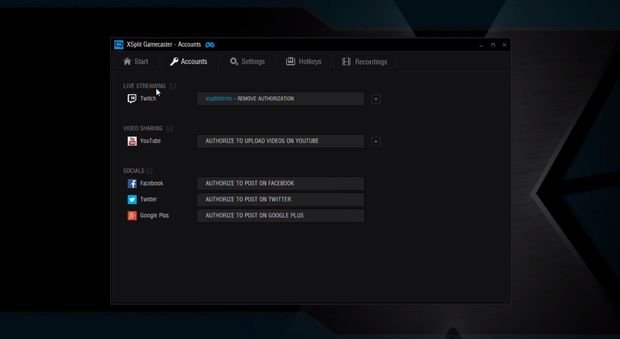 They’ve worked to make this application as simple to use as possible. Simply start a game, hit Control + Tab to show the small XSplit Gamecaster overlay menu, and then hit stream to start streaming or recording. A settings menu lets you determine where you want your streams, video shares, and social network sends to go, but that’s about it as far as setup goes. A couple more tabs give you access to your recordings or let you set hotkeys, but beyond this there’s really nothing else you have to tinker with. 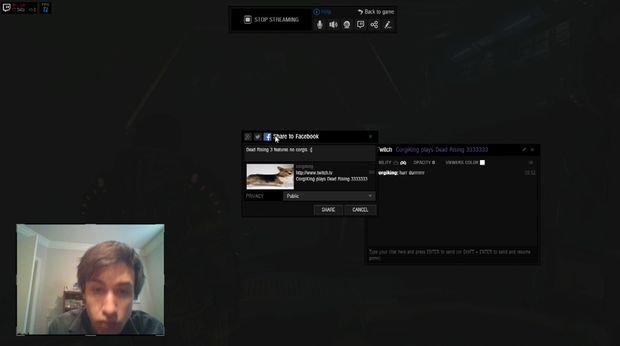 When your stream or recording has started, the small overlay menu gives you options for annotations and other visuals, as well as mic and camera settings. Even Twitch chat is available from this pop-up.

As you’d expect, there’s a camera overlay feature for broadcasting. It’s as simple as toggling it on for it to show up in your broadcast. There are settings for your stream speed and resolution, and a chromakey option lets you use green screen backgrounds if you’d like. 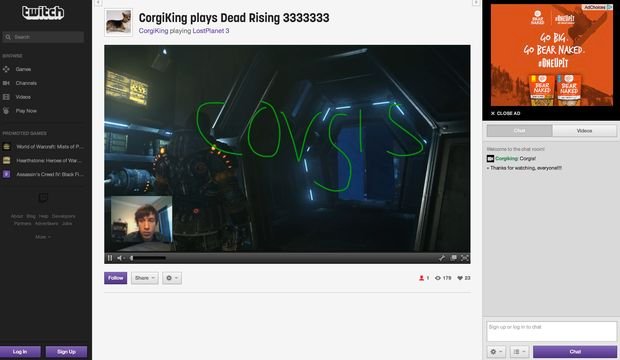 There are more in-depth options if you look for them. Get crazy with the annotations pen after turning it on. It will let you sketch right on top of gameplay. The Twitch chat box can be shown or hidden, as well as resized and moved. Even Be Right Back graphics can be preset to your tastes.

They’ve even thought of the small stuff. Even offline, game recording is available, and if you’d like, you can bring up a FPS counter or use the annotations features.

XSplit Gamecaster works with capture cards, as you’d expect. Through this, you’ll be able to connect your PS3, Wii U, Xbox 360, or any other capture-able device for streaming or recording. At time of testing, it works with Avermedia Capture Cards, and Split Media Labs tells us that support for more is coming soon. My ExtremeCap U3 works now, and I’m hoping my elgato game capture HD will too. 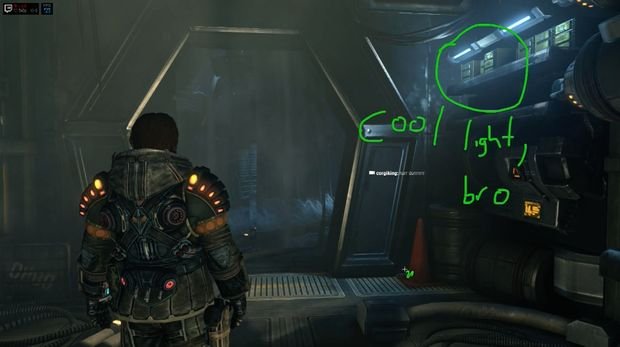 What I love about XSplit Gamecaster is that it’s giving my gaming PC the same easy streaming and recording capabilities my new consoles have. It’s just as easy to start a stream, but even more full-featured than the consoles, with more options for annotations and social media sharing. It has every feature that any streamer would need, and then some.

Split Media Labs says that this application will be made available to all existing and new XSplit Personal and Premium from February 18, with a free version to follow.

I expect that this software will do big things for PC game broadcasting when it launches next month.