What is an ‘atelier’?

The 17,497th Ateliergame is the 17,496th to be localized. People keep buying these, so Koei Tecmo keeps bringing them over. After releasing in Japan this winter, Atelier Lydie & Suelle:The Alchemists and the Mysterious Paintingswill make its western arrival on PlayStation 4, Nintendo Switch, and PC via Steam in 2018. It was released on PS Vita in Japan but not PC, whereas in the west it will be on PC but not Vita.

Lydie & Suelleis the final game in the “Mysterious” series (Atelier Sophie, Atelier Firis) and involves the twins skidooing into paintings to explore bountiful worlds and improve their alchemy to become the best atelier in the land. You play as both of the 14-year sisters (instead of choosing one) and can enter more paintings by raising your atelier rank, which is increased by completing tasks in the town of Melveille, capital of the Adalett Kingdom.

At least in Japan there are some bonuses and special editions. First print copies will come with a code to download Marie and Elie costumes. The Premium Box (10,300 yen / ~$91) includes a visual book, music track and voice two-CD set, a set of three “mini-clear” posters, a B3-sized cloth poster, and some unidentified downloadable items. 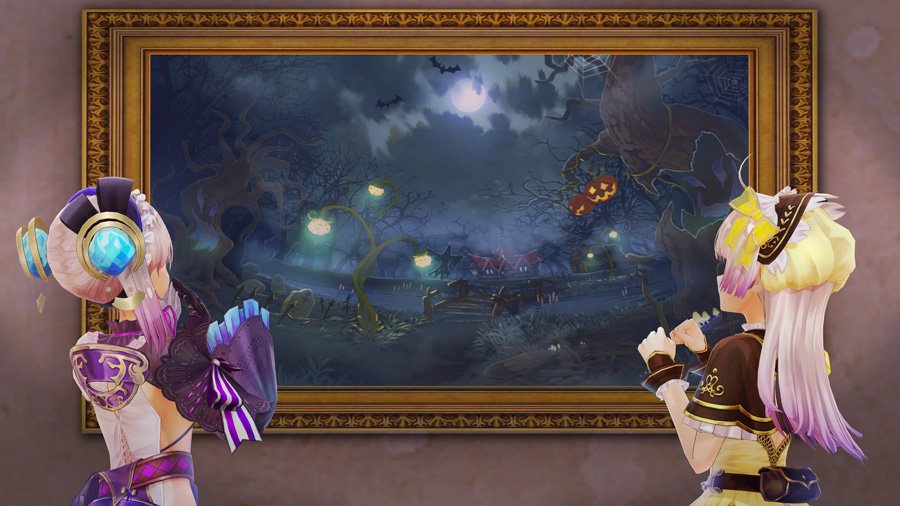 Since this is the 20th anniversary of the series, there is also an Atelier 20th Anniversary Box. This package 25,600 yen / ~$228 and includes all the content from the Premium box along with aSophie & Firis Premium Visual Book, a Lydie & Suelle Double Crystal Paperweight, and aAtelier 20th Anniversary Alchemist Pin Badge Collection. Neither this nor the Premium Box editions have been confirmed for the west yet.

These games were the first time I ever saw the word “atelier,” so I thought it was just some made-up thing the develops thought sounded nice. But then I came to Japan and I see the word every other day. Finally looking it up, Wikipedia says an atelier is an English word: “the privateworkshoporstudioof a professional artist in thefineordecorative arts, where a principalmasterand a number of assistants, students, and apprentices can work together producing pieces offine artorvisual artreleased under the master’s name or supervision.”

Well alright I guess. Japanese like to pick and choose which words they adopt from other languages or even redefine them (“bitch” means what we call a “slut;” “juice” is both juice and sodas; “high tension” means being in high spirits rather than stressed). Maybe I’m just dumb and never heard of this word, or perhaps it’s an older word not used much today like haberdashery.

Atelier Lydie & Suelle: The Alchemists and the Mysterious Paintings [Gematsu]