Way back in February, we wrote about multiple figures for Persona 5 coming down the road from Good Smile Company, which included the annoying cat Morgana. Since then, we’ve seen the figure of Futaba Sakura put up for pre-order with no word on the others. Turns out, Morgana’s the next in line to have his figure released, which will be a Nendoroid.

Unfortunately, there’s no accessory telling you to go to bed.

The biggest takeaway, just from a glance, is that despite being a Nendoroid, Morgana has retained his proportions from Persona 5. In addition, the team at Good Smile Company has put a flexible material over the joints, creating a seamless look that hides his joints, but also further retaining his appearance from the game. 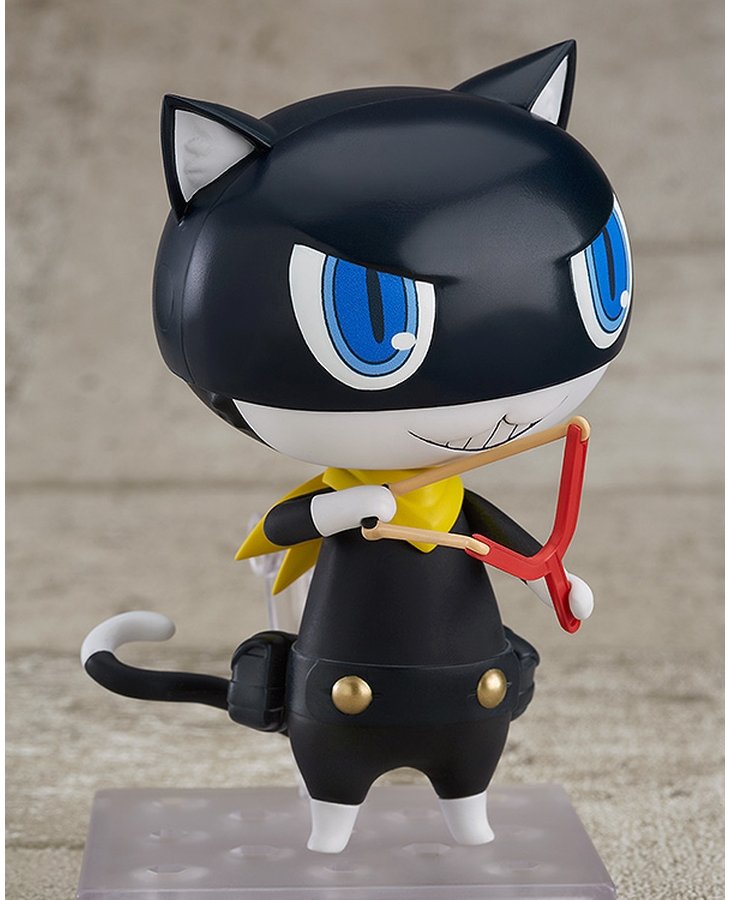 Unlike other Nedoroids, Morgana’s face will be handled differently. Nendoroids normally utilize a single face plate that’s a near-universal standard. Instead of using that, Morgana will have his face broken into two parts, an upper half and a lower half, and will come with four of each.

Morgana will also come with his signature slingshot and sword, along with the cigar and chair from his All-Out Attack finisher. However, and perhaps this is due to the design choices for the limbs, there is no part to replicate the Sonic-esque run cycle Morgana has in dungeons. Morgana also does not have any pre-order bonuses, meaning it’s okay to wait and grab him down the road.

Morgana will retail for approximately $40 USD and is expected to be released this December. Pre-orders for the Nendoroid will end on August 10, and can be found on Good Smile’s website here. Now with the worst cast member out of the way, when will we get Nendoroids for the best cast members Futaba and Makoto?