So many multi-syllable names to remember

It’s been five years since Atlus and Vanillaware first revealed 13 Sentinels: Aegis Rimto the world. After a couple of delays and a dropped platform, it launched last year in Japan to critical success. As a fan of the developer’s previous work, I’ve kept my eye on the title, but I’ve noticed enthusiasm toward it in the west has been relatively muted.

The images that sprang to mind when we heard “Vanillaware is making a giant mecha vs. kaiju game” became dust in the wind when we actually got a look at what 13 Sentinels would be. Gone was the side-scrolling action gameplay Vanillaware relied upon in titles like Odin SphereandMuramasa: The Demon Blade. In its place is an experience divided into two very distinct genres: a side-scrolling, text-heavy adventure game that maintains the gorgeous art direction Vanillaware is best known for and an isometric real-time strategy game that looks and plays nothing like the developer has made before.

Marketing for 13 Sentinels: Aegis Rimmay rely heavily on the stunning visuals of the narrative portion to sell it, but the actual game doesn’t shy away from getting you into the cockpit of a sentinel right at the top of the prologue. The story begins in media res with high school student Iori Fuyusaka calling upon her metal marvel to battle a kaiju that’s appeared in the city. Renya Gouto, the second of the 13 protagonists introduced in this three-hour tutorial, guides her and me through this first mission and first victory against the invading hordes.

This fight and the next few that follow do a thorough job of introducing the various intricacies of the battle system. The ultimate goal of each skirmish is to protect the Aegis, a massive device that’ll protect a portion of the city from kaiju once it’s powered up. If it’s destroyed, or if any member of my squad falls in battle, it’s game over.

The big takeaway from these early fights is the difference in sentinel types. There are different generations of sentinels to pilot, each with their strengths and weaknesses. Flying sentinels are tailor-made for drone kaiju, while ground-based sentinels are ideal for close-quarters combat with the more massive kaiju. None of the sentinels and kaiju are that detailed in battle as they mostly look like they fell out of a Space Invaderscabinet, though the lack of that signature Vanillaware art style in these massive battles keeps everything moving briskly. 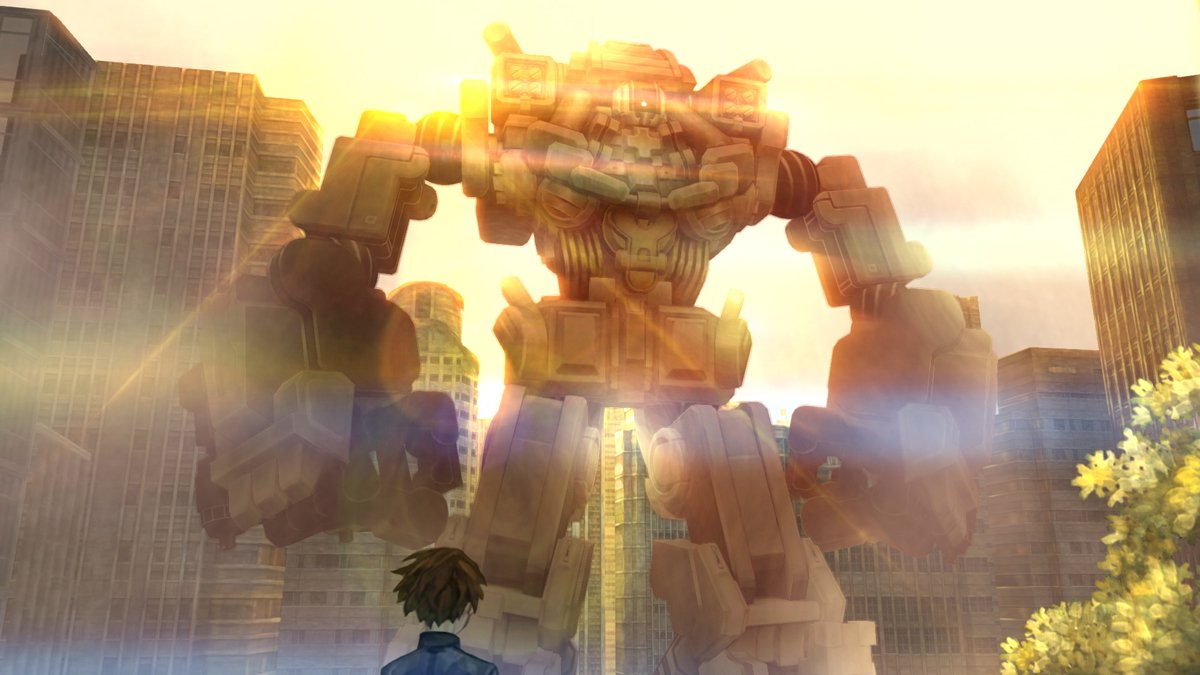 By the time the final fight of the prologue rolls around, I’m well-versed in how to handle myself in combat. But when I’m not fighting, well, it’s been a struggle to keep track of everything and everyone important to the story. With 13 protagonists to work with, as well as a large handful of supporting characters, there’s a chance the narrative could become bloated. For these few opening hours, however, it’s quite lean and very fractured as the story jumps from the present to the past to the future to the distant future as the heroes of this tale are slowly brought together.

So far, most of the action takes place in a beautifully drawn Japanese city in 1985. As each character joins the story, you learn small snippets of information about them as their role in the narrative slowly becomes clear. Juro Kurabe, the second protagonist you take control of, is a lover of classic monster movies with a best friend who quickly turns out to be more than just another student at his school. Natsuno Minami is obsessed with UFOs, so when she meets one in the girl’s locker room at her school, it’s a match made in heaven.

Character motivation is strong in these early hours. Though some of the protagonists are not as thoroughly explored as others, each one is distinct in personality and motivation. These characters are well-written enough that I’ve had no issues identifying them when they pop into a scene despite their similar uniforms and near-identical faces. 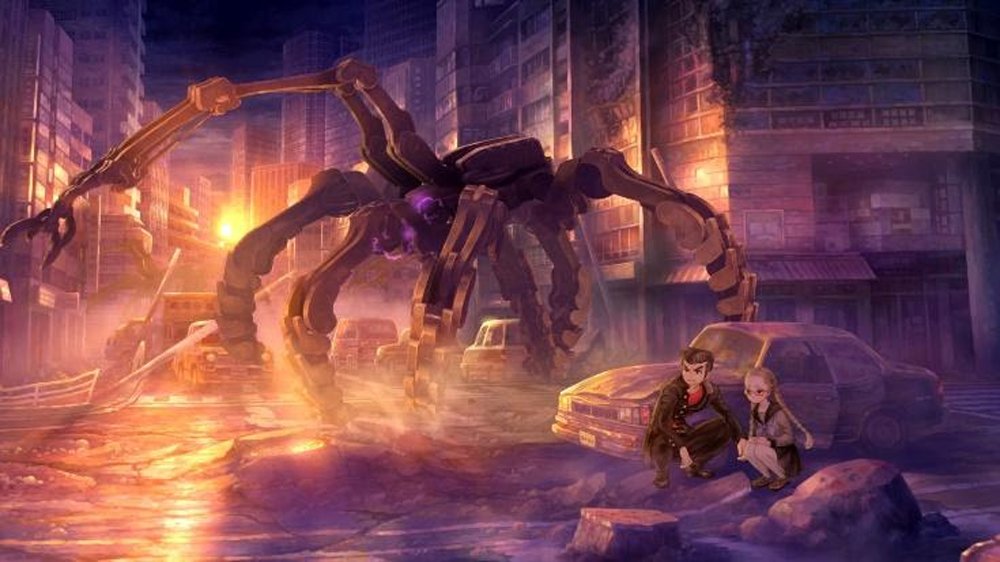 What has been a struggle is figuring outwheneach character originates from. The boys from the 1940s are easy enough to keep track of — and their quest to use the sentinels in World War II presents an interesting hypothesis on what would have happened had Japan been the military superpower of the war — but with multiple future eras in play here, I took written notes to remind myself of how far into the future each character is coming from and the different points in time they’ve visited to reach their current location. I also needed my notepad to keep track of the food they’re eating. That’s not important to the story. I just haven’t been able to get the thought of a yakisoba pan out of my mind all week.

It’s too early to make a judgment about 13 Sentinels: Aegis Rim, but with the prologue completed, I can say the narrative has done enough to convince me this story is worth seeing through to the end. As for the combat, well, I’m going to need to get a taste of what it’s like when the training wheels come off.