From our community blogs

Honestly it’s a bit weird to me I haven’t talked about this game yet-it’s a game that has a very special place in my blood pump and its one that came to me during that tumultuous time in most peoples lives where where they begin figuring out who they are: High school.

I was first introduced to this game by a friend of mine in high school, who took it upon himself to loan me a PS3 copy of the game, a decision that would serve to introduce me to two things I would come to have a large fondness for in future years-Double Fine, with its clever writing and ehhhh gameplay that would become emblematic of the brand, and heavy metal. At the time I wasn’t really into metal, and my musical tastes were still somewhat underdeveloped but this game would help push me into the direction of the best genre of music on this or any planet-as many here will attest-which I had never really experienced. I recall being pretty enthralled with the game, and the humor/great music really sold me on it as well as the world design being really great. From there I got a respect for the genre that has led me to listening to it as my primary source of music from then to now, with my entire music library on my phone consisting of almost entirely metal music with some synthwave standouts.

Brutal Legend immediately caught me with the entertaining narrative and voice actors, and its rather fitting introduction to the game menu itself. It’s hard not to love Jack Black when you put him in the right role, and him starring in a live action intro that serves to get you to the menu screen fits pretty damn well. Also aiding in the engagement of the player is the fact that said menu screen is an old school Vinyl Album that is flipped around for different settings, etc. The in-game introduction starts by mocking a few current metal trends that aren’t held in high regard by the game makers, and pines for the days when metal was king and at its apex of quality to some peoples minds-before transporting you to a world that is so metal it hurts. The process of getting there is even metal as fuck-a monster with hands permanently in the hand position that most metalheads/metal bands use (generally called horns or some such, and apparently popularized by Dio) screams some characters heads off before howling to an ever more enthusiastic crowd. 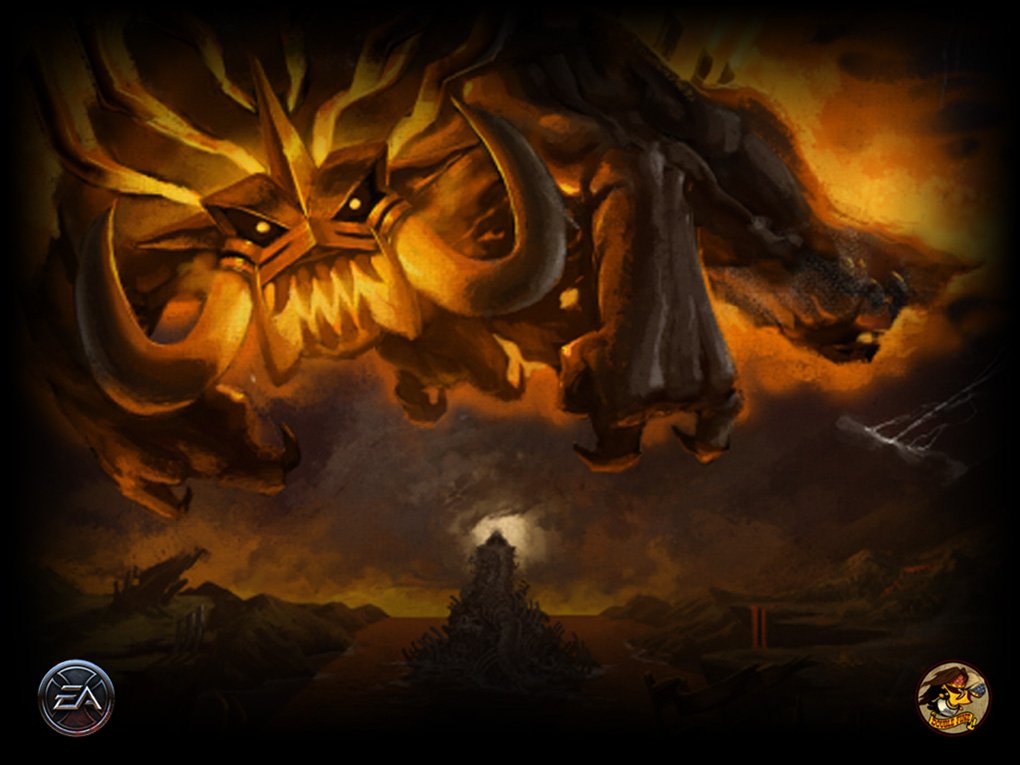 From there you are transported to a world of metal, and the introduction starts with some combat as well as some Children of The Grave by Black Sabbath which helps engage you in the world as you literally play a building apart in your fight against demons who want to kill you. After that combat tutorial you make your way along a badass highway fending off demons to get to the main overworld, which is best described as a metal album cover come to life. It’s such a brilliantly realized world with trees made of metal, animals with metal or engines integrated into their bodies and huge monuments of metal iconography spread about that are just so well thought out and named. Each area is oozing with personality, from an eerie swamp filled with ghoulish specters and zombies to a glamourous city that epitomizes flashy gaudy style all of which have their own feel and atmospheric music that you can drown out with the amazing soundtrack on your car radio. Just driving around the world is a fun time because you get to see some really neat or weird stuff in most areas, and its pretty visually engaging throughout the game with some pretty amusing stuff like a seawall covered in speakers that blows things up with sound. 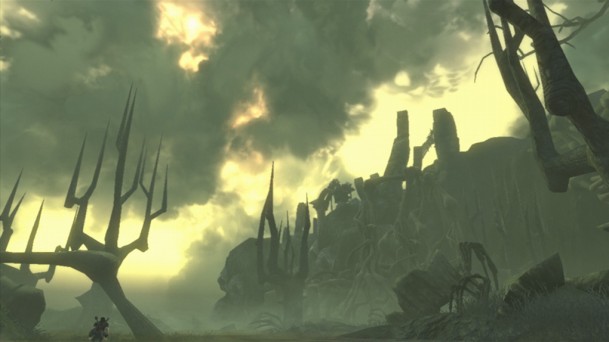 You attack with an axe in or play deadly riffs on your magic guitar in some fairly basic combat that is servicable, drive around in a badass car and do other, more normal open world things ala sidquests and unlockables. The gameplay is a bit clunky but it works well enough to not be unbearable, and the little rythym game guitar riffs are generally easy enough to pull off that they’re not too much of a bother to play to get the effects. I love the themes the game messes with and its factions-each of them seems to represent different genres of metal and their areas (if they have them) tend to be emblematic of their personality. They’ve also got some legendary artists-ala Ozzie, Rob Halford, and so on-in to do voice work, which helps sell some of the characters even more. It’s probably one of the best realized worlds I’ve seen in games and even years later it still stands out pretty well in my mind. 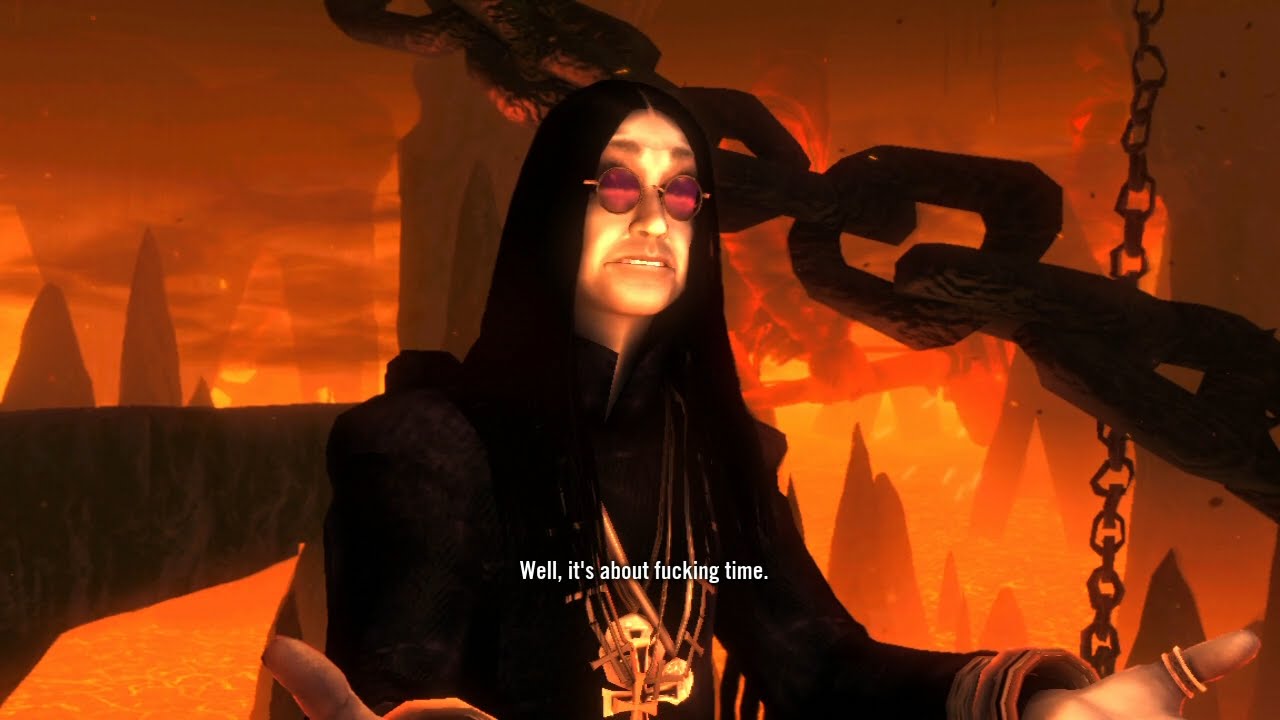 Heck even the parts of the game I don’t think work very well at least thematically make sense-regrettably this game has RTS elements that are pretty weak and mar parts of the game with how clunky they are. It feels like a bit of a crapshoot of whether or not you’ll win sometimes and its not really overly fun to play, as well as being a system I feel took time away from the main development. Even then though, they’re integrated in world pretty well and they make sense-its two genres of music and their followers duking it out with the biggest baddest stages and support from fans via merchandise booths-it’s a terrible mechanic that makes sense in the context of the story and it’s such a weird thing to think about that shouldn’t work as well as it does but it just kind of does in some ways. 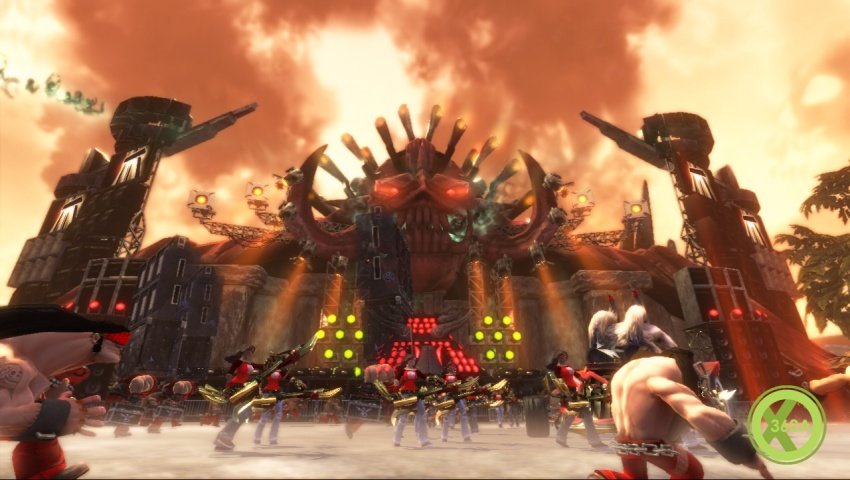 As I drove around this twisted metal world, the radio constantly blared metal classics and during set story scenes it also added to its scenes by tossing metal songs into them. This gave me a pretty good beginner’s course in metal music and some of that music has still stuck around to be quite enjoyed by me. I eventually would move into all sorts of different genres of metal after slowly getting more and more into it after playing this game, but it really helped me find music that I loved and helped solidify a part of my interests during my high school years which I think also helped me get a bit more outgoing and willing to talk to others as well, and it helped make me into the monst-er, man I am today. Its the games you play during formative times like that, the music you listen to and the friends it deepens connections with that you find a lot of in high school, and its interesting going back to one of those big things in my life that still resonates with me today. All round it was a pretty good game and it hit me at the perfect time in my life-hard to complain much about that.