It’s all the ‘rage’ nowadays

I was browsing the internet one day and came across a fledgling YouTuber who wanted to promote his gaming videos. It was in a gaming forum, and he was asking players to give him critiques on his work. I took a quick look even though I knew I shouldn’t have. My gut instinct was proven correct as I watched him keep referring to a character whose epithet was “The Black” as “The N****r.” And no, that censored word isn’t the South Park “Wheel of Fortune” answer.

Normal people recognize offensive jokes can be brilliantly done — crass, yes, but hilarious all the same. That’s the case today with Jimmy Carr, Frankie Boyle, Bill Maher, or luminaries like Richard Pryor and George Carlin. Using the n-word though just seems like forcing something that’s offensive in order to be edgy and agitate as many people as possible. 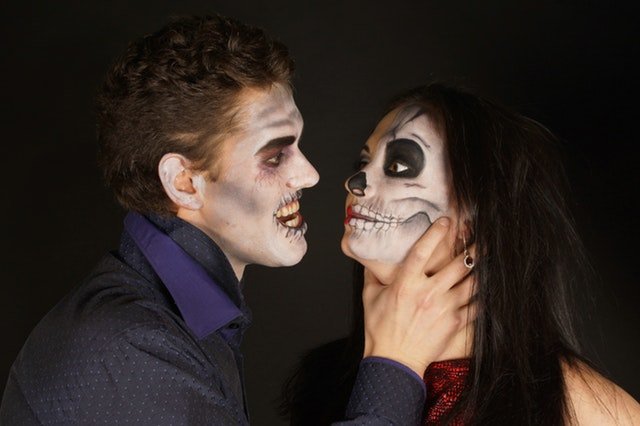 Since the YouTuber was asking for critiques, I told him that the racist epithet seemed “forced and unnecessary.” His reply was to tell me, “No worries mate, here in Australia, the word n****r does not really have that much of an impact.”

Being inquisitive, I asked other Australians in a forum what they thought. This may not come as a surprise but the Aussies found the guy’s reasoning completely asinine. When I got back to him, he became quite vexed towards those who were replying to him. He asked for critique, he just wasn’t expecting anyone to consider him racially insensitive.

That video was for Total War: Warhammer, a franchise where I’ve rarely encountered edgelords such as this. There are some wacky or heavily slanted reactions every now and then. There was a time when players raged because of Pontus, a small kingdom that was a playable faction in Rome 2: Total War. On other occasions, some anger might come from history lovers who were aghast that the Total War franchise would try its hand at the fantasy setting. For the most part though, discord and conflict are fairly rare — at least compared to more popular games. 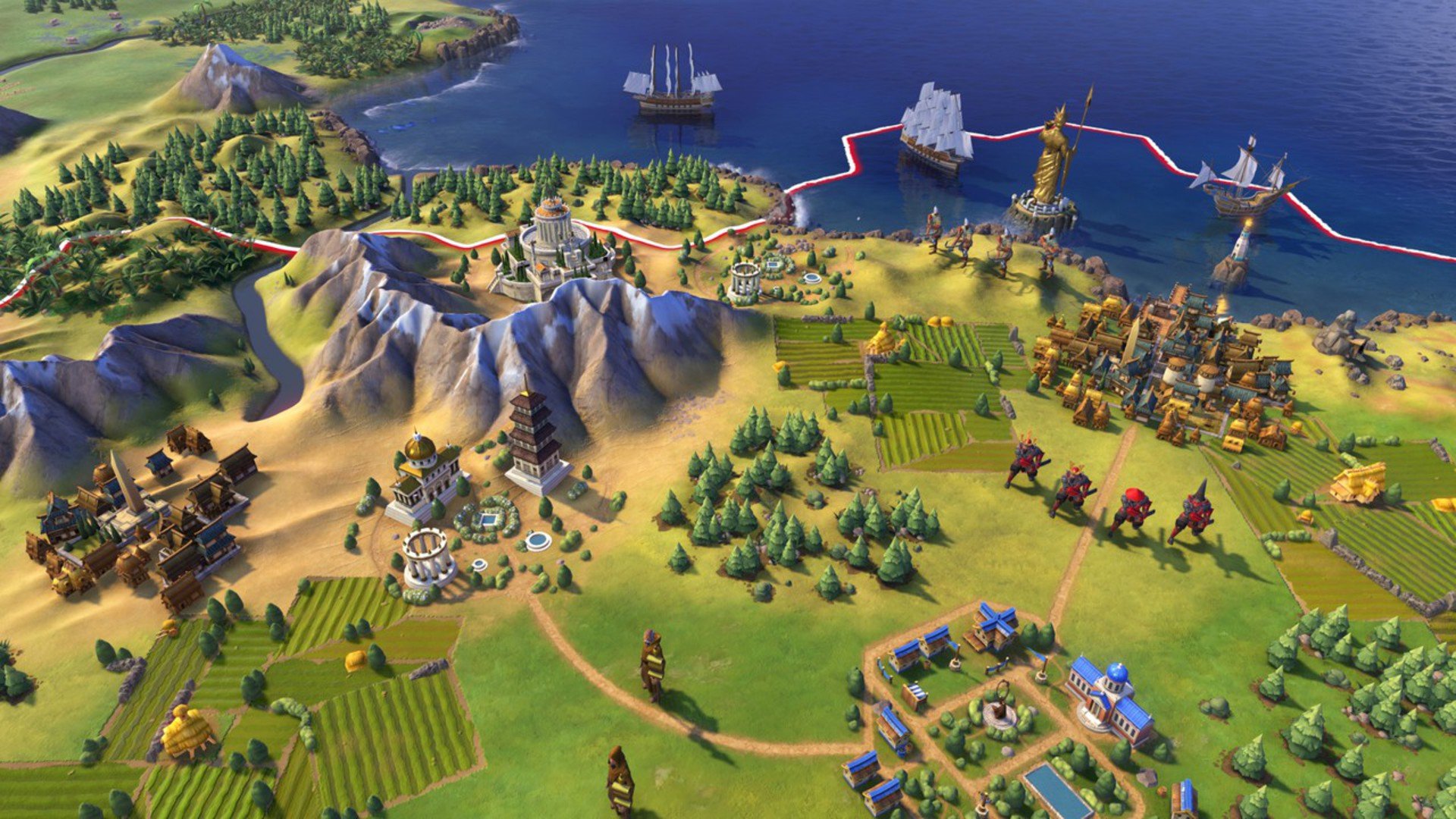 Every community will encounter a certain reaction from gamers, whether via in-game chat or in the forums. These types of reactions vary by frequency and degree, mostly depending on the game or genre. An FPS would probably have thousands of angsty teens talking about their conquests and how many moms they’ve boinked. Meanwhile, a strategy game for serious historical fanatics, a walking simulator, or a platformer may have a more mild-mannered audience.

To this day, I don’t recall ever getting cussed out for culture bombing in Civilization V or Civilization VI. I don’t remember a string of insults hurled after I captured a strongpoint in Company of Heroes. And whenever I charged an opponent with my Winged Hussars or Grail Knights in Total War, I never heard any racially-insensitive remarks either.

That might be because strategy games tend to have a less competitive atmosphere. The genre does not rely on instant gratification compared to shooters. We also knowolder folks move away from highly competitive games but still prefer strategy for the most part. Older, wiser, less prone to outbursts? Perhaps. Although, again, there will be some discord-happy outliers like “Lieutenant Edgelord from YouTube.”

Over the past two decades, hostility on the internet has become the norm. Since the advent of online multiplayer, hateful and abusive comments have characterized many online interactions among users. This behavior is often more pronounced in shooters and MOBAs owing to younger audiences. Both genres are also seen as highly competitive and appeal to instant gratification. Also, the anonymity of users and a lack of basic human empathy drive people to act dreadfully towards others.

Think of why the ESRB and gaming adverts say“Online interactions not rated.”It’s because of the unpredictable nature of these online interactions. You could be having a pleasant moment with cutesy and adorable chibi characters one moment and in the next, you scan the chatbox and see someone calling you a “c*****d who takes it up the fox’s butthole !1!!!1!” Or, you could have been part of a raid in World of Warcraft. Tension rises during a boss fight, and your raid leader incessantly and maddeningly shouts at everyone.

Since outrage, angry moments, and toxicity are ever present in online communities, game developers have taken a stand against it.

Last September, Jeff Kaplan, Overwatch’s overseer, cited that “player toxicity was delaying game updates” and players should “take a deep look inward” to be able to “spread positivity.” Blizzard also started to monitor toxic behavior on YouTube, an action that has earned abit of controversy given how some felt the publisher was resorting to “thought-policing” and “Orwellian tactics.”

In the more recent news, a competitive player came under criticism after teabagging a downed opponent mid-match. Now, while it’s a little bit extreme to consider that “sexual assault” as some might claim, it still is essentially considered bad sportsmanship, especially in professional play.That’s why you can hear the audience audibly boo the act.

Nobody liked seeing someone act like a jackass, even after they’ve done something cool. Think of how MMA fans don’t want every fighter to be a trash-talker like Connor McGregor. There’s that age-old social ideal of “humility in victory, and graciousness in defeat.” 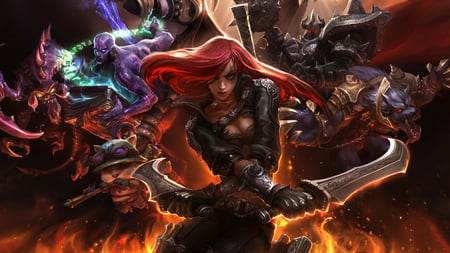 In League of Legends, developer Riot Games is not only cracking down on discordant and unruly behavior but also studying it, even inviting researchers along for the project. Avid players might have come across certain surveys that ask you about your gaming behavior and interactions. These psychological surveys were part of the game’s “rehabilitation system” for those with offensive names. It’s also worth noting that while some users found this a bit disturbing, other Redditors felt it was “like any other Psychological survey,” or as a means to better understand toxic behavior.

The company even used chatlogs when dealing with employees who’ve exhibited toxic and unruly conduct. Employees who were shown those records were shocked by their own words, not aware that they were being disorderly while gaming. They ended up admitting they would like to do better next time.

Riot Games is admired by researchers for its openness to studying differing attitudes. Psychologist Jamie Madigan noted Riot avoided controversy by publicly stating that they wanted to improve the community. “Who’s going to object to that aside from hardcore trolls?” Madigan surmised. Riot has also experimented with other methods in the past from bans and suspensions for offenders to even handing out mystery gifts to players who’ve exhibited good behavior as part of their reformation process.

One perennial case of how reformation in the game works is that of Tyler Steinkamp, aka Tyler1 aka“The Most Toxic Player in North America.” That’s a title given to him due to his rage-filled reactions, incessant calls for players to kill themselves. He also loves “inting”, or intentionally feeding for his opponents, in case he does not get to pick his favored hero. Tyler1 has amassed a following entertained and swayed by his beliefs and antics. He turned that moniker into a meme, but then he got banned for being excessively toxic — which only encouraged his supporters even more.

After 613 days of “rehab,” Tyler1 was eventually unbanned by Riot, a move proceeded by a Riot employee verbally lashing out at him. The publisher issued an apology shortly after. At times, Tyler may seem mild-mannered. He may even hold events — in his name, of course. And naturally, some diatribes may make you wonder if banning to rehab one’s attitude actually worked in the first place.

Tyler1’s case is a peculiar one given his outspoken nature and popularity. However, it’s also worth noting Riot even has regular Joes in the mix. The idea was to give everyone a say when it comes to judging player behavior.

Years ago, they introduced the Tribunal system, a means for players to review reported players and to vote on whether they considered certain interactions acceptable. The results were surprising. Out of millions of logged reports, the community agreed with the staff decisions 80 percent of the time. The remaining 20 percent of incidents even showed that players were actually more lenient when viewing punishments.

Just as well, in an independent study published last 2017, researchers revealed that the Tribunal system reinforced the civic-mindedness of players. League’s players wanted to be part of a community, and they want to enrich it. They want to make it better for everyone and to partake in activities that improve communication and interaction with others. If games were meant to be “fun,” then “toxic behavior was a detriment [to that].”

Combating toxicity in gaming has been a prime directive for many companies over the years. In Rainbow Six Siege, even though the rules were already outlined in the game’s code of conduct, developer Ubisoft had to further emphasize the rules and additional player experience improvements in one of their recent dev blogs. Daybreak Games, creators of EverQuest II, had an even more hilarious take on the matter when they sent cheaters and abusive players to Drunder, the so-called “prison server,” where they can never leave or transfer out of.

As for Blizzard and Riot Games, they’re also leading the charge as part of theFair Play Alliance. The coalition is comprised of several companies such as CCP Games (Eve Online), Kabam (Marvel: Contest of Champions and a slew of mobile and web-based games), Supercell (Clash of Clans, Clash Royale), and Wargaming.net (World of Tanks) to name a few.

Online interaction platforms such as Twitch and Discord are also part of the burgeoning group. The Fair Play Alliance aims to combat toxicity and disruptive actions. They ensure players have a positive time when gaming, and emphasize a base level of respect among people. Finally, online interactions should never ever be characterized by “hate.”

As for those saying,“The answer is to just mute,” the Fair Play Alliance also stated that muting “puts the requirement to act on the person being harassed after the damage has already been done.” 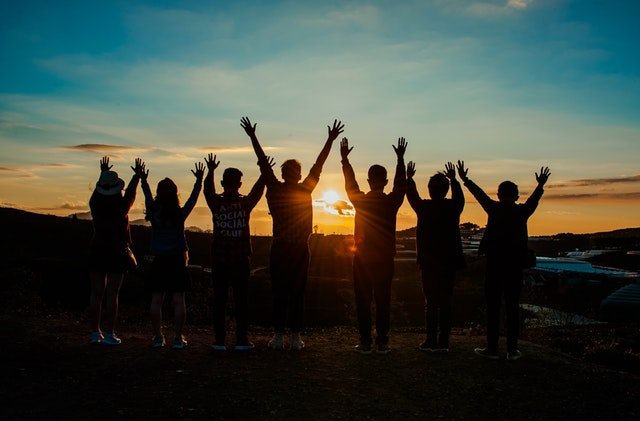 All of this simply implies that gamers love to build, enrich, and be part of great online communities. Developers are also eager to help in that goal.

No one wants to spend hours on their favorite pastime only to encounter unimaginably terrible behavior, whether from peers or competition. No one wants to sit through chat rooms, lobbies, or official forums filled with infighting. Likewise, no developer would want their player base to spiral out of control or turn into edgelords with pitchforks looking to agitate others. Why? Because game development is stressful enough as it is before we even factor in all the discord and toxicity that goes on online.