After No More Heroes 3, Suda51 will work on a game for buckaroos

Why is there a watermelon there?

The upcoming 51st issue of Nintendo Force magazine is dedicated to Suda51, featuring over 30 pages about his games and his career, including a 51-question interview with the man himself. It’s a whopper alright, filled with exclusives and surprises, one of which I’m able to share with you here.

But first, a little context.

The Adventures of Buckaroo Banzai Across the 8th Dimension is a 1984 film starring Peter Weller (best known as the original RoboCop) as the titular brain surgeon, rock star, and world hero. A man of Japanese and American decent, Buckaroo considers himself first and foremost to be a citizen of the planet Earth, and alongside his friends (including a lanky Jeff Goldblum in a cowboy outfit!), he must save his home from a cavalcade of alien scum such as John Whorfin (John Lithgow), John Bigbooté (ChristopherLloyd), and John Smallberries.

It’s the kind of movie I assumed Suda51, creator of characters like Travis Touchdown, Mondo Zappa, and Garcia Hotspur, was already well acquainted with. I was wrong about that! But I’m still really glad I brought it up. In fact, our conversation may have influenced where he’s headed with his next game. 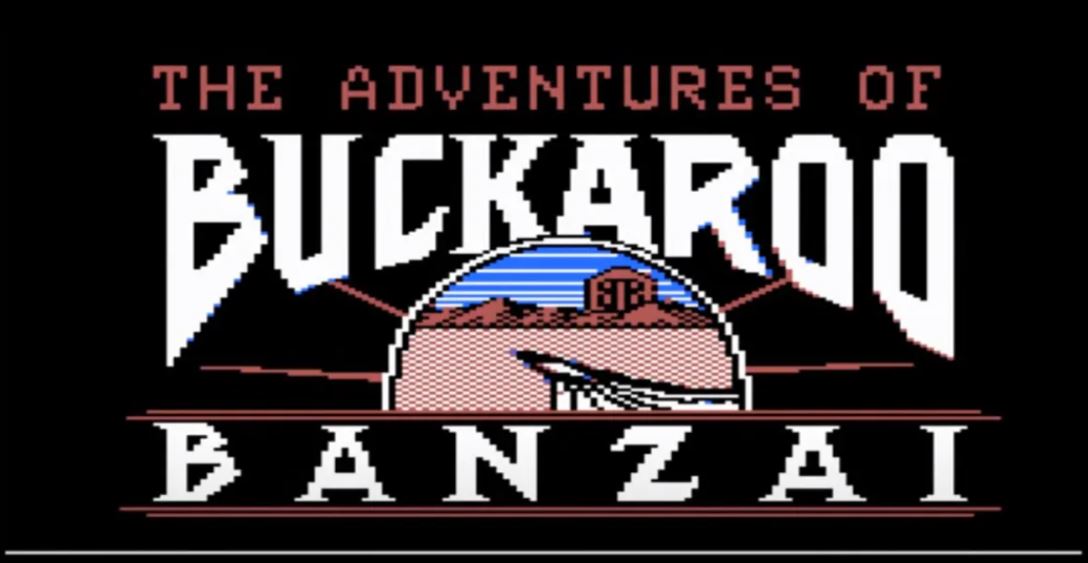 NF:This crossover in Smash is just one of many amazing collaborations you’ve been a part of over the years, from team-ups with massive talents like James Gunn (Guardians of the Galaxy) and Hideo Kojima (Metal Gear Solid), as well as smaller but equally brilliant names like Dennaton (Hotline Miami) and Shawn AlexanderAllen (Treachery in Beatdown City), just to name a few. Are there any other creatives that you’d like to collaborate with in the future, like maybe a fashion brand? Or some other artist outside of gaming? Or maybe even work on a film adaptation? Like take on an old Hollywood IP that’s filled with potential like, I don’t know… Buckaroo Banzai?

(At this point Suda asks me to explain what Buckaroo Banzai is, and it takes a while. As I explain, Suda looks up the movie on his phone and laughs a few times, ooh-ing and ahh-ing here and there, presumably at names like “John BigBoote’” and other more eye-opening details about the film.)

Suda:You know, I’ve never actually seen this movie before, but it sounds right up my alley. Just hearing about it makes me feel like it’s my style, like something I would totally be into.

After No More Heroes 3, the next game I’m going to be making is going to be a whole new IP. There’s not really much I can say about it just yet, but I feel it is probably going to be something really similar to what you just described in Buckaroo Banzai. I want everyone to really look forward to it, it’s going to really be kind of, for lack of a better term, a screwed-up game, with lots of just crazy stuff in it. Yeah, I definitely feel a lot of similarity between what I just heard described of Buckaroo Banzai and my upcoming IP. So please look forward to that.

The full 51 question interview with Suda51 can be found in the 51st issue of Nintendo Force Magazine. Order before February 22nd for a discount. And be sure to tune into today’s Nintendo Direct if you’re a fan of Suda’s. You won’t be disappointed.