There we were. The same notion on everyone’s mind, whether they liked it or not. Members of the press conflicted in their reluctant eagerness to address, key developers dreading the topic altogether. It clouded the air, enough to make everyone slightly uncomfortable with its inevitability. It was the Xenomorph-impregnated elephant in the room.

“How did the reaction to Aliens: Colonial Marines affect your work on Alien: Isolation?”

I’ll be the first to admit – the question is wholly unfair. Creative Assembly has been working on Isolation for more than three years now. It had a very distinct vision for its game long before anyone knew how Colonial Marines would turn out. Still, it needed to be asked. Fair or not, Isolation will be directly compared to Colonial Marines by both critics and fans alike. 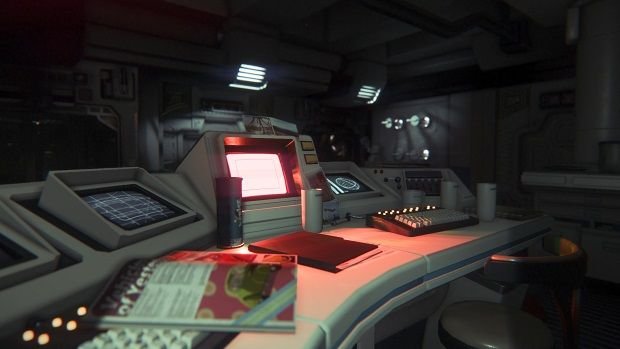 To their credit, they danced around the question beautifully, as I’m sure PR had them quite well-rehearsed on the topic. “To be honest, we didn’t let ourselves get distracted by anything exterior,” creative lead Alistair Hope told me. UI lead John McKellan chimed in “but at the same time, we’re so completely immersed in everything pertaining toAlien, we couldn’t help but keep up. Commenters would say that they want anAliengame in line with Ridley Scott’s movie, and it was so hard not to post ‘that’s what we’re doing!’”

The entire situation creates an interesting juxtaposition between fan confidence inAlienvideogames being at an all-time low, and Creative Assembly being presented a phenomenal opportunity to restore that faith. After all, it’s not like there’s much to live up to.

But again, that last phrase “live up to” is strikingly unfair, becauseIsolationandColonial Marinescould not be less similar games — the namesake being the only thing that truly ties them together. 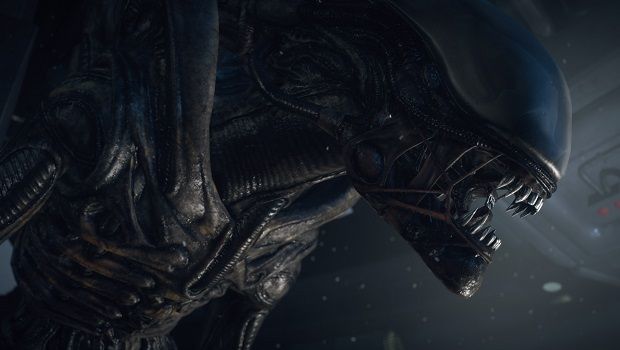 Personally, the greatest issue I took withColonial Marineshad nothing to do with the long list of problems that everyone raked it over the coals for. I took issue with what I saw as a fundamental flaw in the logic of the game — the fact that it reduced Xenomorphs to nothing more than common foot soldiers. Part of what makes Xenomorphs such a frightening enemy is that they’re always more than just cannon fodder, even when it seems like they are. At all times, humans are on the losing side when it comes to interactions with aliens. Once these interactions are common and no longer special, Xenomorphs might as well be replaced by any variety of enemy. It doesn’t matter anymore.

Creative Assembly appears to agree with my personal philosophy.Alien: Isolationseems as if it’ll feature only one nine-foot tall alien — a hulking monstrosity that’s genuinely a terrifying presence. It’s immediately obvious that it won’t be taken down by conventional means — that’s how imposing of a figure it is. In fact, McKellan mentioned that at one point, as a one-off litmus test of sorts, they added a gun to the build that testers were playing. “Not a single person tried firing at the alien,” he said. 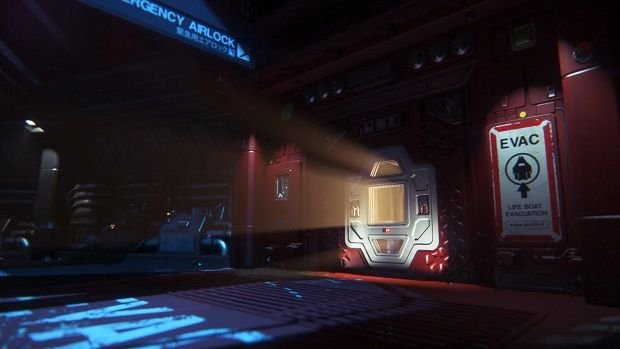 The studio also seems to understand that moderation is important. “Survival horror is about small victories — tension and release,” Hope said. This statement could not be more spot-on. Rather than adrenaline fueling the entirety of the experience, the special moments are made all the more grand by a balance in the action. This means that Isolationwon’t be a continuous cat and mouse game with the Xenomorph. Instead, there will be emphasis on exploration, some interaction with other space station denizens, and environmental hazards. As Hope bluntly stated “it’s a dangerous place.”

Unfortunately, “dangerous place” can also be used to describe the Aliensfranchise in the videogame space. However, it’s favorable that there’s no indication that Creative Assembly ever had any intention of taking its game in the direction Colonial Marines. It’s glaringly obvious that it had its vision from the outset and is sticking to it. Hope concluded his response with “we’re just making theAliengame that we want to make.” “Good,” I replied. “Because this is theAliengame that I want to play.”

Check out our hands-on preview of Alien: Isolation!