You don’t know what you got ’til it’s gone

A huge swath of video game-related video content was erased with one fell swoop yesterday. Machinima, a large network of YouTube gaming channels, had all of its videos removed without any sort of prior warning given to the creators.

This comes as a result of a planned merger with Ellation, which is a part of Otter Media, which is actually a division of AT&T and WarnerMedia. [Correction:A representative has reached out to clarify that Ellation isn’t involved, but rather this is part of a larger merger within Otter Media.]Rooster Teeth’s Lawrence Sonntag, who is a producer on the Funhausseries, was one of the first to discover the mass removal. Sonntag used to work for Machinima as a key member of the Inside Gamingteam.

In a Twitch clip, Sonntag sheds some insider insight on why AT&T and WarnerMedia opted to functionally erase thousands of hours of content (the videos were technically set to private, but they’re essentially gone): “Warner, at this point, cannot verify the copyrights to all videos in Machinima’s network — and there are a tonof videos,” he says. “It’d cost a lot of money to do it, and this is on videos that aren’t getting any views. So, they cut it loose. That’s that. It’s a business. That’s how it goes, man.”

This seemingly caught everyone by surprise, even the people who are still creating content for Machinima. Some YouTubers with Machinima contracts received an email that said their contracts were transferred to Fullscreen, which is part of Otter Media’s portfolio of companies. Others were told they were being dropped from the network.

Moving forward, it’s anyone’s guess as to what AT&T plans to do with the Machinima network. It’s still a valuable channel, as it has approximately 12.4 million subscribers on YouTube. But this story isn’t about the future. It’s about the thousands of hours of original video game content that suddenly disappeared into the ether — beloved series like Two Best Friends Play, Arby ‘n’ the Chief,Teenage Pokemon(which was created by Destructoid’s own Jonathan Holmes), and so many more.

It feels irresponsible to talk about the legacy of Machinima without mentioning that Machinima had a reputation for locking a lot of its creators into predatory contracts. For that reason, many people will celebrate that it’s essentially dead — at least as we once knew it. But Machinima also hosted so much original video game-centric content, and a lot of it came in the early days of internet video production. It grew fast and became one of YouTube’s largest channels, and it hosted an overwhelming amount of content. And now that’s all gone. 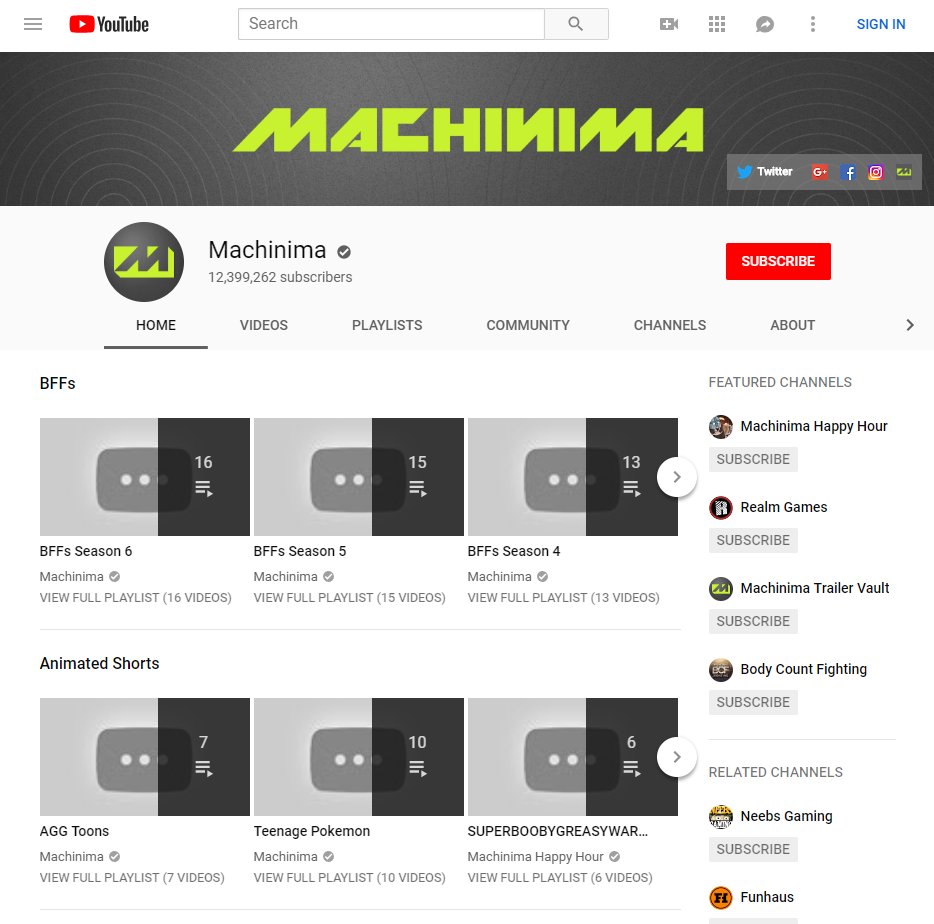