All of my robots are VIPs, thank you

While the biggest announcement of Mech_Con by far was the existence of MechWarrior 5: Mercenaries, a new single-player story-driven game and the first “proper” sequel to the series in 15 years, it wasn’t the only one. Big things are on the way for MechWarrior Online, the free-to-play multiplayer title. I spoke with Piranha Games president Russ Bullock about some of the changes MWO has experienced in the last year and what players can expect moving forward.

“MechWarrior fans are so varied in what’s important to them it can sometimes be surprising,” Russ said when speaking about the biggest developments in MWO over the past year and what fans responded to the most. MWO made its way to the Steam platform just on the tail end of 2015, and since then has seen the implementation of Faction Play Phase 3 (the persistent player driven meta-war), a new customization system including custom decals for players to personalize their mechs, and a slew of new and revamped maps. “For me though, it was about getting the tournament going. It was the first official Piranha cash prize tournament, and that was a huge undertaking… probably the biggest thing for us.”

When asked about what comes next for MWO, Russ responded that the team was looking forward to refining what is already in the game and providing the community with what it wants. “We know who our community is, and at Piranha we’re not generally trying to go after a different marketplace, we’re trying to build the game for the community that we have.” This emphasis was clear in the major announcements for the evening, which focused less on splashy new features, and more about doubling down on what the fans are currently enjoying while revamping some of the major sources of contention that have plagued the game since launch. “We said, okay, let’s completely reassess how fun our existing game modes are, from faction play to Assault and Skirmish, and how we make them deeper and richer experiences.”

To that point, the Assault game mode is receiving a major overhaul, completely gutting and rebuilding the entire experience like a basic cable home renovation show that happens to feature giant robots. Assault has been around since the earliest days of closed beta and definitely wears its age on its sleeve, growing only slightly from its original incarnation as a game of “capture the square” where mechs would awkwardly compete to stand on an arbitrary glowing patch of ground to claim victory, to its current state of “capture the weird space-oil-rig (in a glowing square)” where mechs do exactly the same thing.

The new Assault experience will feature multiple objectives, tasking teams with systematically dismantling their opponents’ defenses before finally breaching their security walls and storming their headquarters. Of course, this is easier said than done when you need to defend your own base as well. Hopefully, breaking up the objectives like this will lead to some deeper strategic thinking than the death-ball tactics, where successful teams simply move as one giant clump of rolling metal, that have always defined Assault. If nothing else, it certainly looks cool to watch a 100-ton Atlas war machine bust through a wall like the Kool-Aid man. 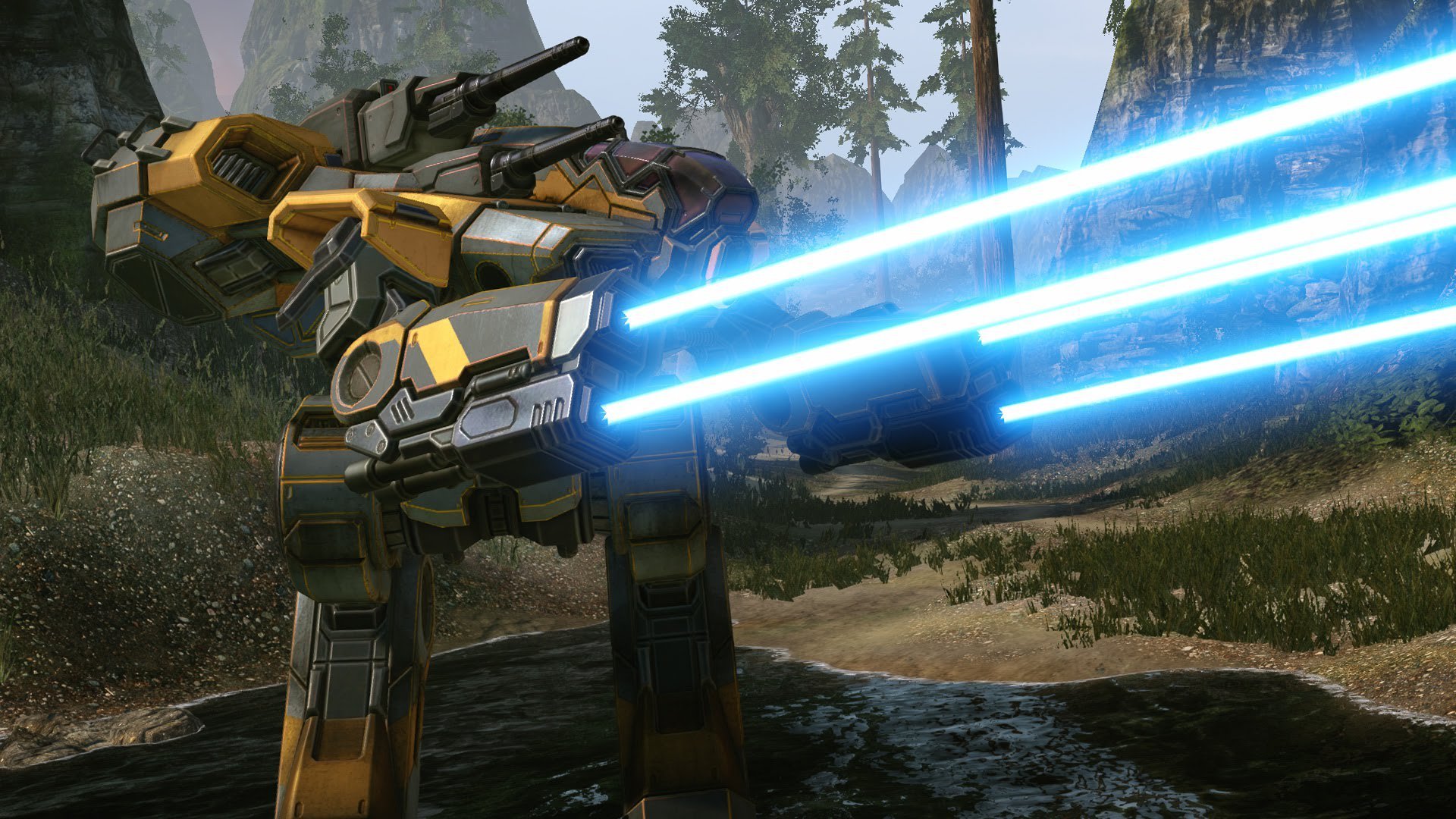 Faction Play wasn’t left out in the cold either. Despite receiving a major update only a few months ago with Faction Play Phase 3, it seems like neither the players or developers were quite happy with how the current system turned out. Too many players spread across too many factions on too many battlefronts to really make the mode meaningful (or efficient for matchmaking purposes). Faction Play Phase 4 plans to correct those issues by trimming down the excess and focusing on the key players in the conflict: the Star League coalition of the Inner Sphere and the invading Clan forces.

While this will essentially place players in two large buckets instead of the dozen or so splintered factions there are right now, MWO isn’t completely ditching the flavor of operating for one specific house or clan. Weekly events that focus on one key player or battlefront will highlight different houses and clans, providing special bonuses and perks for those signed on to a certain faction. It seems like a fair compromise between respecting the fiction of the BattleTech world and ensuring a populated and active game mode. Surprisingly, players won’t have to wait till the new year to try out the new system, as Faction Play Phase 4 will be included in the upcoming December patch. 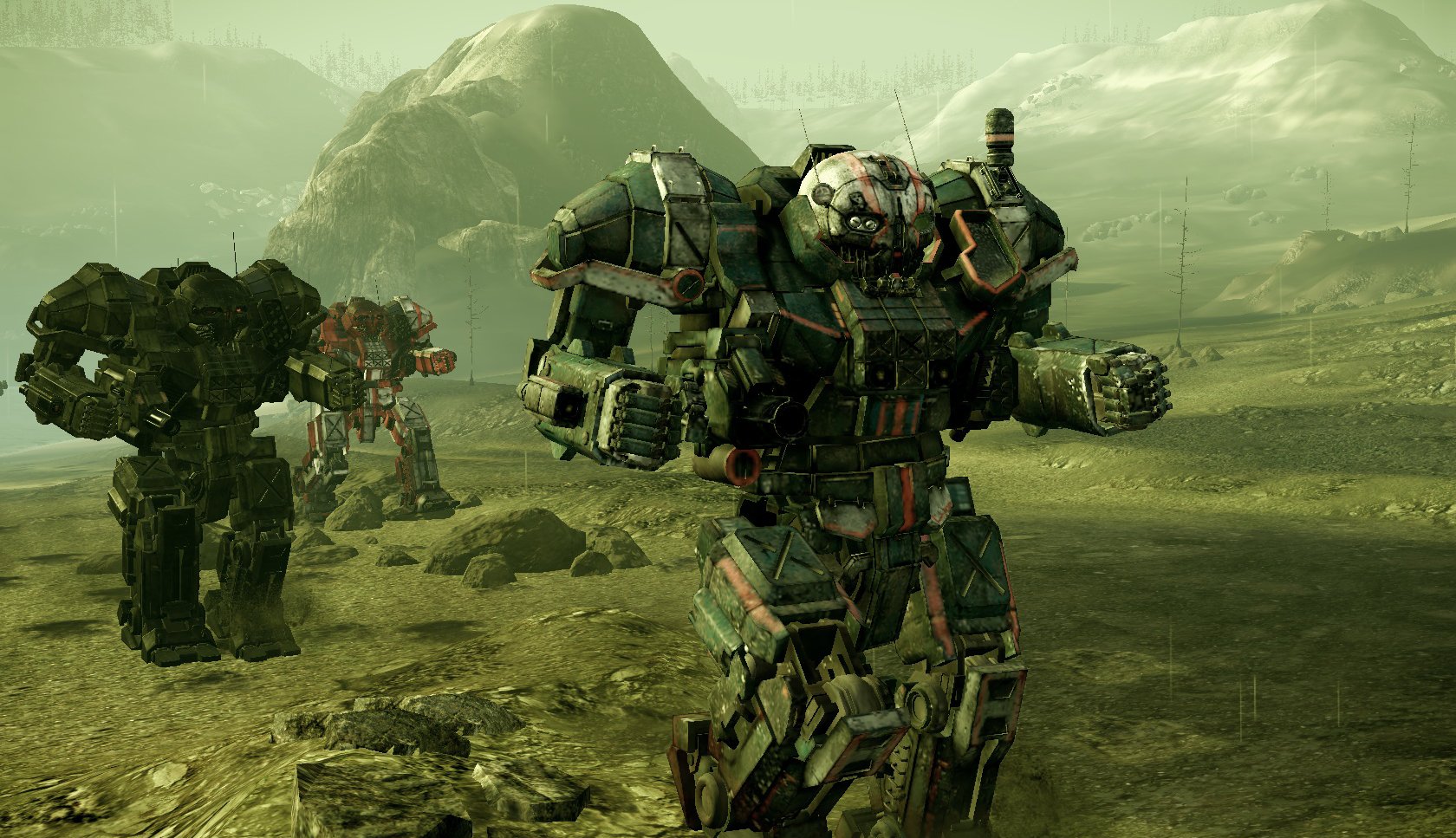 The only new mode announced was a bit of an odd duck, but one I can’t wait to try: a VIP escort mode. Essentially all the good times you might remember from the early days ofTeam Fortress Classic, only instead of a pudgy weirdo with a bad mustache and an ineffective umbrella, you’ll be escorting a waddling, garishly painted Atlas to the evac zone. This seems like a super silly mode rife with the potential for trolling and frustration – I couldn’t be more excited for it.

The last big change on the docket was directed at the current skill tree and progression system. Widely lamented by the playerbase and riddled with bugs even now (some major skills that players are forced to spend their mech XP on have never actually done anything in all the years MWO has been out of beta), the skill tree system has always been a sore spot. “The skill tree was the last remnant of closed beta,” Russ admitted during the announcement.

Skill trees 1.0 aims to change all that by dumping the entire current progression system, the idea of individual mech “quirks” (built-in bonuses and perks for certain weapons), and the necessity of buying multiple variants of the same model of mech to progress through the experience ladder. Rather, the new skill system will be focused on individual player customization. “We needed a way for players to make the mechs they wanted,” Russ said while explaining the system. Players will now be able to spend their hard-earned XP on exactly the perks and abilities they want using a multi-tiered branching tree system that wouldn’t look out of place in an RPG. The new system is tentatively slated to reach players in February (but I wouldn’t stake my life on it knowing how these things tend to go).

Part of what makes covering a game with such a passionate and focused fanbase interesting is seeing what they respond to. While “MWO is getting rid of quirks” is a meaningless word-salad of a headline to anyone outside of the fanbase, the reaction in the conference hall when Russ declared the death of quirks was nothing short of hysteria. People were falling out of their chairs.

What can you say? Piranha Games really does know its community. Hopefully they can keep on this upward trend and refine and polish MWO into the robust robot combat simulator its fans have always wanted it to be. Between these fine-looking changes, Harebrained Schemes’ upcoming BattleTech reboot, and the rapturous announcement of MechWarrior 5, machine-heads like me have a lot to look forward to in the near future