Alright. IfSmash Bros.3DS is at least a little sparse, this video makes it feel all the more sparse. I mean, Event Mode is back. And there’s a separate two-player Event Mode.

Watch along with the video above, or read along with my jumbled attempts at saving you 35 minutes by jotting down all this new information on the Wii U version of Super Smash Bros., which is just a month away.

You start with 40 playable characters on the Wii U, though there are some left locked.

The game looks better in HD with all that resolution. And the screen size also allows for eight-player Smash, which is a special mode restricted to particular stages and offline play. There’s some giant stages, like Palutena’s Temple, Hyrule Temple, and an expanded Battlefield to host multiple fighters. Five- and six-player fights don’t seem to have the same restrictions, while seven-player fights are missing.

There’s also a giant new stage with instant kill sections and a Donkey Kong stage with foreground and background bits of stage, both of which can be fought in. Of course, the Wii U version features more stages, some of which are laid out differently than the 3DS ones. Some old favorites return along side some new ones (Windy Hill Zone, Mario Circuit, 75m, Wii Fit Studio, Norfair, Onett, etc).

The Miiverse stage, which will come after release, gathers up Miiverse posts about whichever fighters are playing in the background of a Battlefield sort of stage. 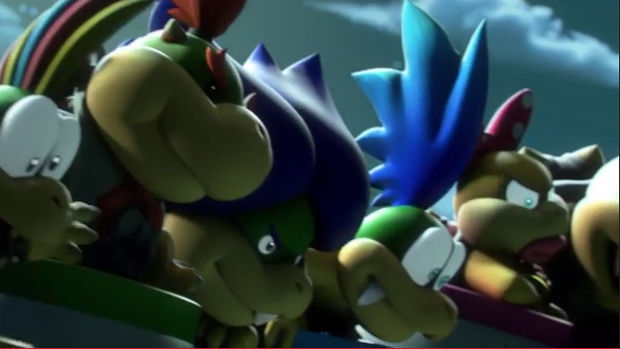 A lot of the 3DS modes, save Smash Run, are playable, often with changes and multiplayer options. Target Blast is up to four player with a larger second bomb. There’s two-player co-op or four-player turn-taking Home Run Contests. Trophy Rush is two player now as well, while Multi Man can be played by four players. And there are so many new, HD trophies.

Ridley will join the battle on his stage. Beat him up and he’ll fight for you. Keep beating him up and score a point for KO’ing him.

In addition to time and stock, coin battles are back. There are also stamina matches where your hit points count down to zero. Special Smash is back, too, with all sorts of rule customization. Change speed, player size, all that good stuff. And you can mix and match. Item Frequency and the ability to turn individual items on and off are back, too.

You can customize what music plays during battle or menus. There’s about four times as much music on Wii U as there is in the 3DS version.

Classic Mode now allows for two-player co-op–good for getting two trophies at a time–and your battle advancement is based on how well you fought your previous match. Rivalries and other random events happen as well. All-Star Mode now works in a reverse chronological order and there’s a new rest area. It’s also playable with two players.

As mentioned, Event Mode is back as well, beyond the expanded Challenges. Two-player event battles have their own section. One other solo mode, Special Orders, has you taking tickets from Master and Crazy Hand in increasingly difficult scenarios. There’s also Master Fortress, a new form the Master Core shadow swarm can take. 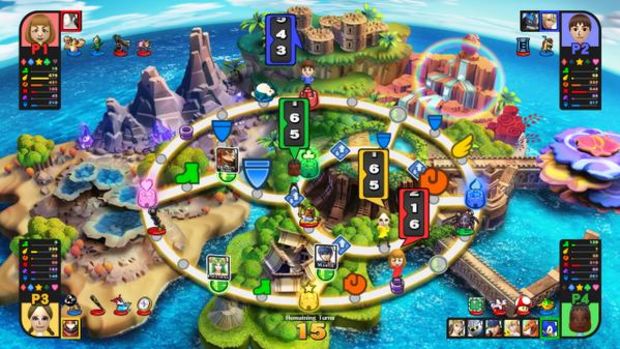 There is also a Masterpieces mode which lets you play bits of old-school NES/SNES games that Smashcharacters appear in. Think of the NES carts in Animal Crossingwith time limits that encourage you to buy the applicable game from the eShop if you’re having too much fun. I expect to play a lot of these snap shots.

Of course you can use a lot of controllers for Smash Wii U, including the GameCube controller if you have an adapter. The video also recommends a Wii Ethernet LAN adapter for smooth online play. Voice chat is cut off during online battles, but possible at character select.

There’s also a photo mode that lets you stage your trophies and take cool snaps, which will later be distributable online. Online tournament hosting is being worked out still, but regular 64-player tournaments are possible.

With the GamePad, you can also draw your own custom stages, which is going to be sweet as heck.

Oh, and Mewtwo is coming next year if you register the 3DS and Wii U versions.