Some things deserve to die

It looks like we’re going to do this dance again. So soon. In the wake of Microsoft reversing its Xbox One DRM policies, brave corporate warrior Cliff Bleszinski wasted little time in telling us how this would be a bad thing for the industry and gamers. Make no mistake — he’s not the only one. Disconcertingly, his views are echoed by angry press members and naive customers alike.

“More studios WILL close and you’ll see more PC and mobile games,” warned Bleszinski, preparing us from the grim darkness of the 21st Century. “…Brace yourselves. More tacked on multiplayer and DLC are coming. You’re also about to see available microtransactions skyrocket. HATS FOR EVERYONE.”

Bleszinski is joined by Gizmodo in his portents of despair and misery. Claiming that “we” all made the Xbox One worse as a result of our complaints, writer Kyle Wagner used no evidence to claim Microsoft’s DRM would definitely have been great for everybody, and would lead to a world of cheaper games. Because the game industry has demonstrated many times that, when it has a monopoly, consumers benefit. Except, y’know, not.

It takes a lot of naivety to trust so willingly in Microsoft, a company that’s done absolutely nothing to earn our trust. It takes even more to believe that an industry so dependent on heavy-handed consumer control deserves to survive. Frankly, any industry that suffers due to the reversal of ONE console’s DRM policies is an industry that deserves to suffer. 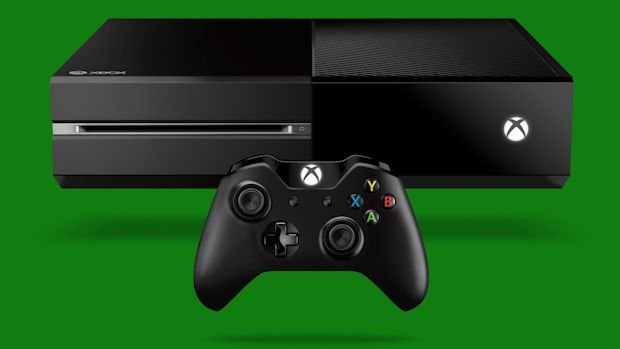 One need only look at the PC and its dominant digital market to see how far major publishers can be trusted. Steam is its own DRM. When you buy a game from Steam, it’s about as protected from piracy as it can get. That didn’t stop companies like Electronic Arts and Ubisoft from sticking their own DRM in on top of Steam’s protection. Be it SecuROM or constant Internet connections, these publishers were so paranoid and desperate for a sense of control they crammed extra restrictions on top of existing ones.

And to linger further on Electronic Arts, this is the same company that said, five years ago, games need to stop all coming out at $60. CEO John Riccitiello said companies need to explore cheaper games and flexible pricing. Did EA lead the charge? Did it fuck! Instead, it produced Origin, its own digital service where it could handle distribution and do away with physical production … and still charges $60 per game.

People could argue that EA still relies on retail and can’t afford to tread on its toes. What, exactly, was Xbox One doing to change that? Retail was still a massive part of Microsoft’s plans. GameStop, the pretend villain of the game industry, was going to be looked after, because the game industry is in league with it.

Some suggest we’ll see an increase in pre-order bonuses, but again, such things are still all over the fucking PC market. Going all-digital doesn’t change that. Companies will still use these things to try and desperately entice gamers, with exclusive pre-order DLC on various online store fronts, and “digital deluxe” editions that allow a company to charge $80 for a bunch of virtual goods. This is shit already happening in the increasingly digital PC market, and the idea that companies would suddenly stop a gravy train in full motion is almost child-like. That we all could believe in faeries!

And let’s take a whimsical trip to the world of mobile gaming. No retail to worry about there, right? It’s all digital distribution by default, so surely our beloved major publishers are being reasonable. Oh … but what’s this I see? Is that Square Enix charging $30 for iOS games, and releasing one of the most vile money-grabbing non-games of all time? Is that Electronic Arts turning Theme Park into a gigantic free-to-play scam?

Why … it’s almost as if major publishers aren’t looking for ways to make games cheaper for us, and instead will squeeze as much money out of us as they can get away with, simply because they can. But how could that be? Surely Square Enix and Electronic Arts are misrepresented heroes, who only want to break free from GameStop’s shackles and look after us. No. Only in the picture books. In the real world, they’ve demonstrated a consistent willingness to turn any freedom they have into new methods of pulling egregious bullshit.

Above all, this glittering ideal of digital distribution as a cure-all magic potion for the industry’s problems is the product of remedial fantasy. A digital market won’t free publishers from their obligations to clueless investors who demand all of the money at all times. It won’t stop companies focus testing the shit out of their games as more and more products appeal to audiences spread thin by such saturation. It won’t stop ludicrously excessive development and marketing budgets. I’m a big believer in digital distribution, but I don’t believe in sorcery, and as such I don’t think digital’s going to solve everything rotten in the game industry. The big budget market is too far gone for that.

Xbox One tried to leap to step five without doing steps one, two, three, and four. It wanted to rush us from physical media to digital media, without clearly communicating its goals, or producing a console that gave direct and tangible benefits to the consumer, or proving it could withstand the demands of a product so reliant on the Internet, or without even ensuring there was a big enough audience for it. You can ask Sony how well that worked with the PSPgo (it didn’t work very well).

The PC proved it was ready for digital distribution, but it took years to do so. You can’t just get up and start running when you’re not even crawling properly, and in the years since Steam and GOG rose to become justifiable alternatives to physical media, home consoles languished with slow interfaces, clunky storefronts, and expensive games without any of the benefits we’ve come to expect from PC games. No mods. No quick option for patching content. No user fixes. None of that. Consoles need to work to earn their digital future. They can’t just wake up one day and have it presented to them on a velvet pillow.

And if that’s what consoles need, if they so require magic and wishes to avoid drowning in their own mess, then what good are they? Why should they survive? My God, do these companies love the fuck out of capitalism, but it seems that when capitalism comes to collect, when the flip-side of the system’s benefits come to bite them on the ass, they try their best to run away from it.

Even if the very worst of dooms befalls the so-called “AAA” console industry, I’m not worried. If this past E3 of buzz words and brown games taught me anything, it’s that old companies and shriveled executives need to be cut down to make way for new blood. We need a new generation of game producers, not game consoles, and when the big trees fall, the smaller ones can finally get some sunlight. Good games will always be around, they just won’t need the Old Guard to tell them what to do, to buy them up and spit them out. The death of a convoluted and broken market doesn’t sound like a bad thing to me. Not if, according to some, the only way for them to survive is to directly fuck with their own audience.

What is it people like Cliff Bleszinski always say to gamers? Oh right, it’s a business!

Yeah, it’s a business alright. You know what businesses are very good at doing? Failing. And if companies fail because they needed a console that inconvenienced consumers and imposed restrictions on other markets, well … that’s business for you.

Prove you deserve to survive. It’s a business … and that means you’re not fucking entitled to your existence.