Anyone could make Disc Room, but only the creators of Minit ever would

Disc Room was one of my favorite games of PAX East 2020. That’s high praise considering that two new Shovel Knight titles, the laughably sexy Final Fantasy 7 remake, the return of one of Hideki Kamiya’s greatest games, and the one and only Animal Crossing: New Horizons were just a few of the things I played over the course of the show.

My low expectations definitely helpedDisc Room to shock me.When I first saw the game I thought “This looks like one of the harder levels in Super Meat Boy except it’s top down, and it’s the whole game.” That assessment isn’t exactly wrong, but it’s a little like saying that Tetris “… looks like some blocks that you have to put together.” Embracing tight limitations can lead to limitless inspiration. J.W. Nijman and Kitty Callis showed how deeply they understand that old game design maxim with Minit (one of the few games to receive a perfect score from this fine establishment), and I think they are about to show us again with Disc Room.

Disc Room is about a lone explorer who is investigating a giant saw blade that suddenly appeared in space. The narrative takes inspiration from classic, pre-CGI Sci-Fi films where atmosphere and tone had to do a lot of the heavy lifting. Disc Room relies less on lighting and set design to engage the audience. In fact, the art style didn’t do much for me until I played it, and then it clicked. First off, the game needed to have simple art direction because from the first room on, the screen is filled with a complex array of saw blades that require every ounce of your perception power to contend with.

Secondly, it makes sense for Disc Room to look like it was made by a regular person, because it’s the story of a regular person. They’re not a soldier or a super hero, and they don’t have any special powers or abilities (at least at first). This is a game made by, for, and about your average shlub, looking around at all the horrible garbage going on in the world at any given moment as they think “I either have to try to survive or just give up.” 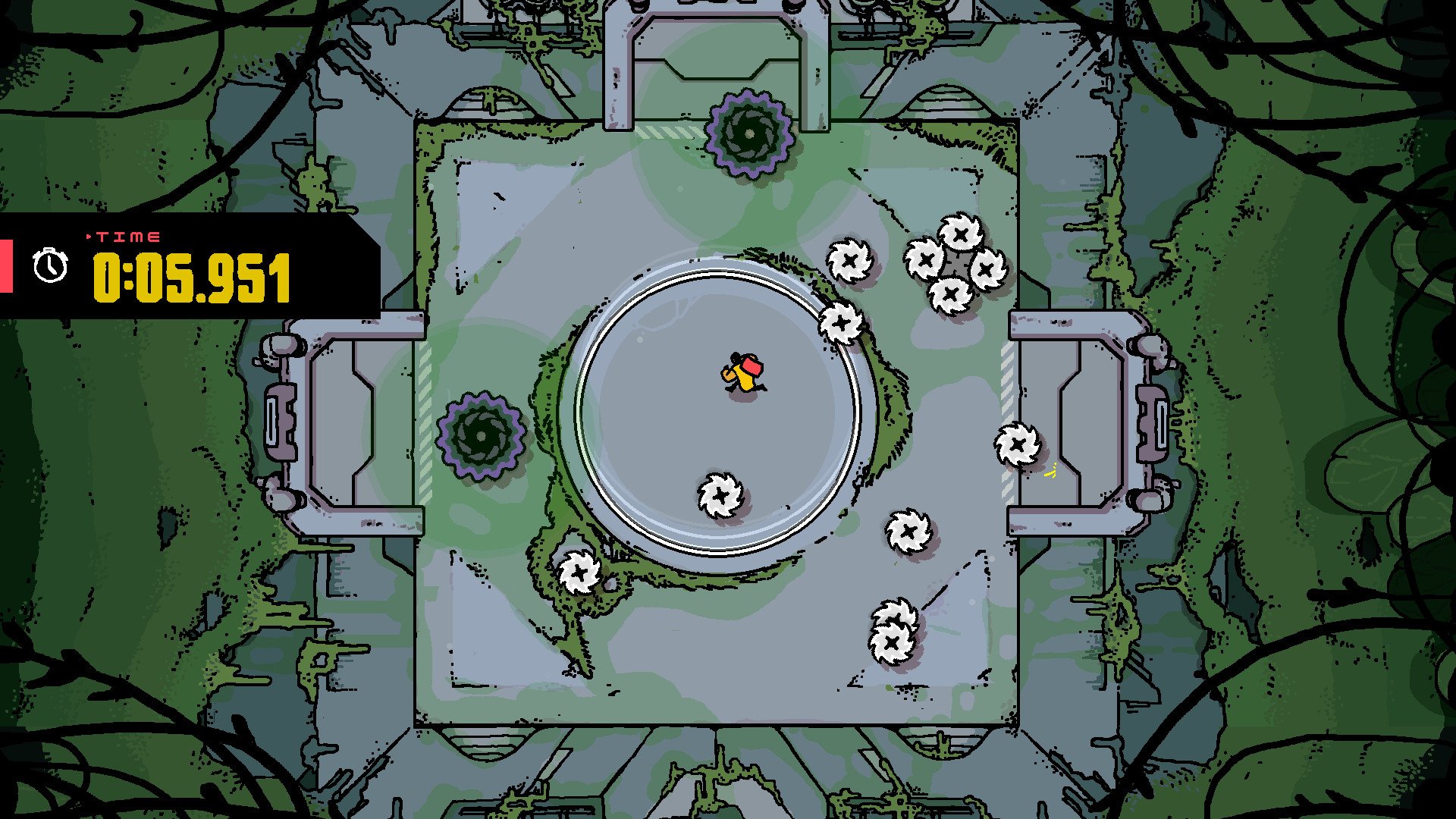 Those who choose not to give up will be rewarded pretty quickly. Some rooms only require you to survive for a few seconds before they allow you to progress to the next one, while others offer branching paths forward, or bigger rewards for lasting longer or pulling off some other type of difficult feat. That’s pretty commonplace for the genre. More surprising is how Disc Room handles death. You actually have to die in order to move on to the next room, making strategic suicide a potential part of your plans.

In fact, one of the earlier rooms contains a special “Dash Disc” saw blade that can c harge at you at a breakneck pace. Once it kills you, you learn how to dash yourself, making it a lot easier to escape from other blades fast or slow, big or small. So instead of killing enemies to steal their powers – like in Mega Man or Metroid Fusion – you actually want to get destroyed by certain saws in order to gain their abilities. 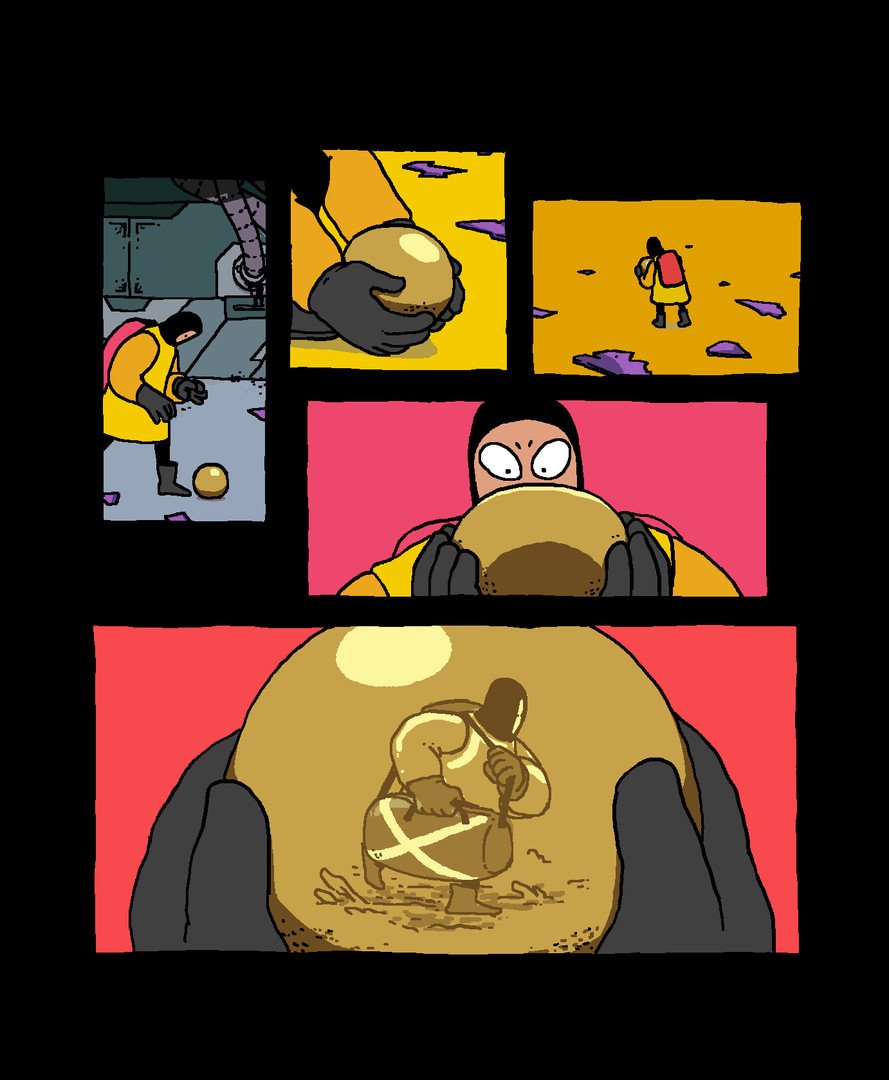 So in Disc Room, the things that don’t kill you make you stronger, except for the ones that in fact do make you stronger, and faster, and who knows what else. J.W. tells us that you gain a fairly robust array of abilities throughout the game to aid you in taking on a surprising variety of different saws, including giant boss saws, cute little baby saws, poison saws, and a host of others.

Like Minit and many of the games J.W. worked on as a member of Vlambeer, Disc Room asks very little of you in return for all that it gives. All you have to do is avoid getting killed by some saw blades, except for the times when you actually want to get killed by them. In exchange for that, the game gives you excitement, intrigue, laughs, and genuine sense of skill/power building that sets in in less than a minute. I expect it to generate some serious buzz when it’s released on Steam, Switch and PS4 later this year.