Believe it or not, this month marks the one year anniversary of the release of Assassin’s Creed Odyssey, Ubisoft’s most recent entry in its time-hopping Assassin’s Creed series. To celebrate the occasion, the publisher has released a new update which, alongside the usual run of bug fixes, is bringing back rare targets and new items for all players.

First on the agenda is a stunning new mount, Melaina, who will be able to transport Kassandra or Alexios to their latest targets, taking to the skies with her purple-tinted wings, and helping the stabby duo arrive on the scene with more than a little pizazz. Melaina will be made available to all players free of charge.

Every day in October will also see the return of a previous Epic Encounter; exclusive targets who were only available during limited time windows. Each day in October will bring with it a returning mark, giving players a chance to fill in those gaps on your hit-list. As an added incentive, bonus Orichalcum will be earned for each target eliminated, so it looks like there’s a busy month ahead. You can check out the full schedule for these targets right here. 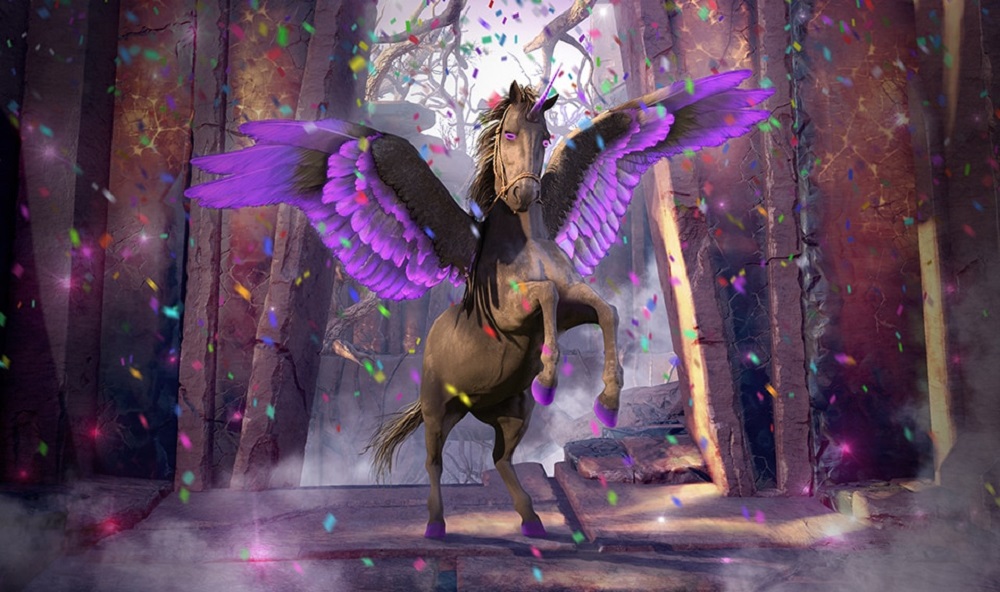 Ubisoft has also released some fun player stats taken from the preceding 12 months. In that time, some 640+ million hours of playtime have been logged, during which players have assassinated over 20 billion enemies, destroyed over 107 billion weapons and, most importantly, flirted over 70% of the time the opportunity came up. You thirsty buggers.

Perhaps the biggest achievement of all, however, is the reveal that some 48 million photographs have been taken, which is a stunning feat given that the camera hasn’t even been invented yet. More statistics are expected to be released soon.

Assassin’s Creed Odyssey is available now on PS4, PC and Xbox One.