At Mythmoot, the spirit of Tolkien and LOTRO is alive and well

J. R. R. Tolkien inspired millions in his lifetime and millions after. His contributions will live on throughout history, even if it’s not directly in the form of his work on Middle-earth, colloquially referred to as “The Legendarium.” Tolkien impacted the way everyone in the modern era views fantasy: through the lens of his own subcreated English fairy tale.

I consider myself an amateur Tolkien scholar and admirer, and have partaken in many adaptations based on his work: some of which are more faithful than others. But compared to the folks who operate and attendMythmoot, I’m merely a dreamer. 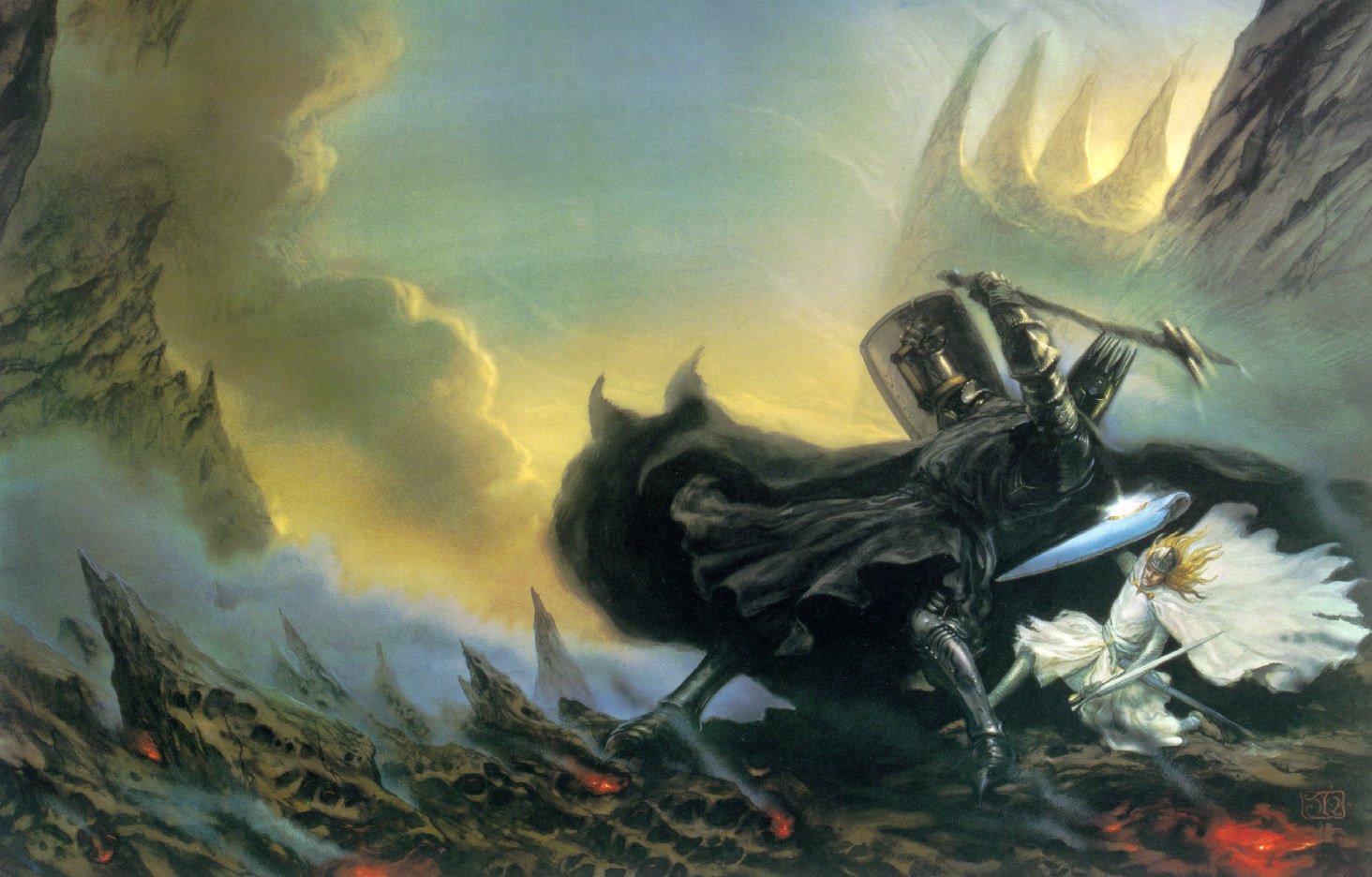 Mythmoot is an annual conference on all things Tolkien (and Tolkien adjacent) in Leesburg, Virginia, hosted by Signum University, and by proxy, Signum’s head and eminent Tolkien professor Cory Olsen.Over the years the esteemed list of guests includes names like world renown authorsTom ShippeyandVerlyn Flieger, as well asthe creator of Klingon, the linguist Marc Okrand. I attended Mythmoot this year to get a better feel for the modern state of the Tolkien community and gain a greater understanding of how his creations inform the world of fantasy. I wasn’t disappointed.

Mythmoot is what I’d call a smaller conference in terms of scale (around 100-120 people depending on the year), so if you’re scared off by huge 20,000+ conventions (which is basically every gaming event these days, including the once small MAGFest that now sells out of hotel lottery tickets in mere seconds), finding a “Moot” in your local area is something you might want to look into.Texmoot and Oxonmoot are the big ones, with Signum running the former and The Tolkien Society heading up the latter, but there’s also Middlemoot in October and several other gatherings in places like San Francisco, Los Angeles, and Orlando, Florida.

I had the chance to speak to Professor Olsen about the past and future of Mythmoot, and although it’s slowly growing, he’s very happy with the results. “We’ve been doing Mythmoot here at this location for three years,” he says, “and although we have many different moots [meetings, in the Ent world], this is our main one. We do want to grow over time, yes, but we’re perfectly happy with where we are now. We don’t want to be the next big 1,000 plus people event, that is not our goal. We’d love to welcome more people but where we at at, as an event, is awesome. Signum is an online university currently, so to get people out like this is a gift.”

While I was interviewing the Professor, an attendee (and presenter) approached him, noting the similarities betweenTom Bombadil’s singing in theLord of the Ringsbooksand the theme song toPopeye the Sailor Man. Olsen let out a bellowing laugh in response: an interaction that I think sums up how jovial and communal Mythmoot is. Olsen’s unbridled enthusiasm for the topic at hand cannot be contained, and is the lifeblood of the event. 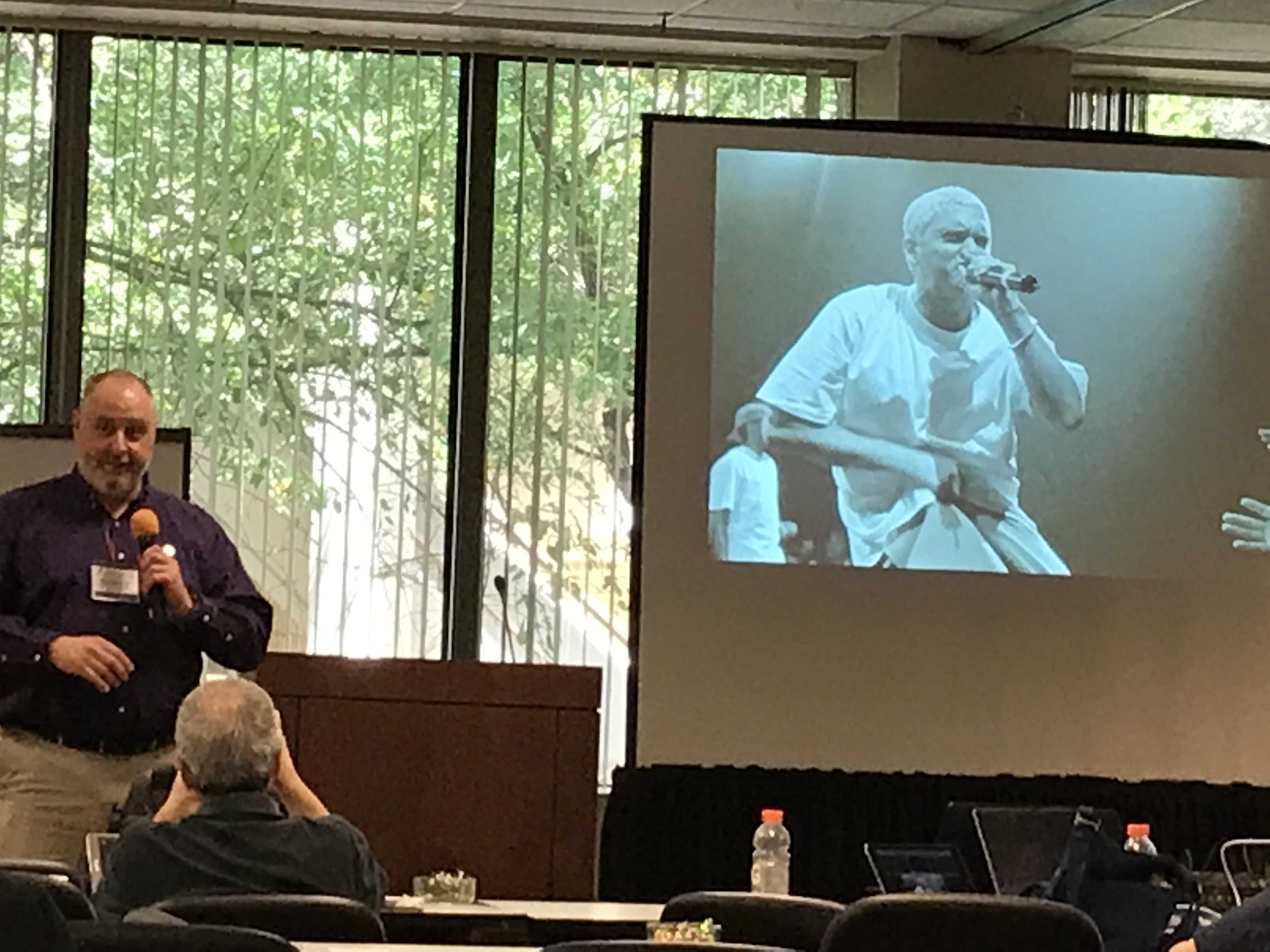 It truly is a mix of the typical array of fandom activities you might find at a “con” (with concessions like board games to play and panels) and a full-on academic summit, with papers ranging from topics covering The Legendarium (of course) and aforementioned adjacent media like Star Wars.Given the intimacy of the layout (it’s in one giant hall in The National Conference Center in Leesburg: a labyrinth from which there is no escape), Fellowship is key. Panels with special guests are held in the biggest room, with pretty much every 100+ member in attendance.

Topics range from talks on Star Wars, Lord of the Rings, Dune, Harry Potter, and more. One of the best symposiums of the event kind of sums up the sheer breadth of topics: Professor Olsen’s chat on the entrancing lyricism of Eminem, and how it resembles (or in some cases, surpasses) Anglo-Saxon poetry. In the the talk, Olsen compares Eminem to Chaucer, noting his penchant for extending rhymes way past their expiration date in a sometimes comical manner. Breakfast, lunch, and dinner are also a part of the festivities, and although there is no second breakfast, community is also shared during these periods: just as Tolkien would have wanted.

So yeah, video games! Mythmoot also runs a Lord of the Rings Online half-academic half-joyride-esque experience (which kind of sums up the event as a whole and why I adore it so much). Led by Cory Olsen, he takes attendees on a guided tour of Middle-earth by way of the still-very-much-alive MMO. I’ve been following its adherence to the lore for some time now, but it’s another thing to watch an actual Tolkien scholar really dive into a video game as a teaching tool.

While I was attending, I heard random phone rings like The Legend of Zeldafanfare theme go off in the event’s hallowed halls. While the primary purpose of this conference is to study and immerse yourself in literature, that “Tolkien adjacent” principle very much applies both from an academic and a social standpoint. It put a smile on my face on more than one occasion, especially during the two game-centric panels; which focused on tabletop but also touched on what it means to adapt a work as a whole, with discussions on video games. 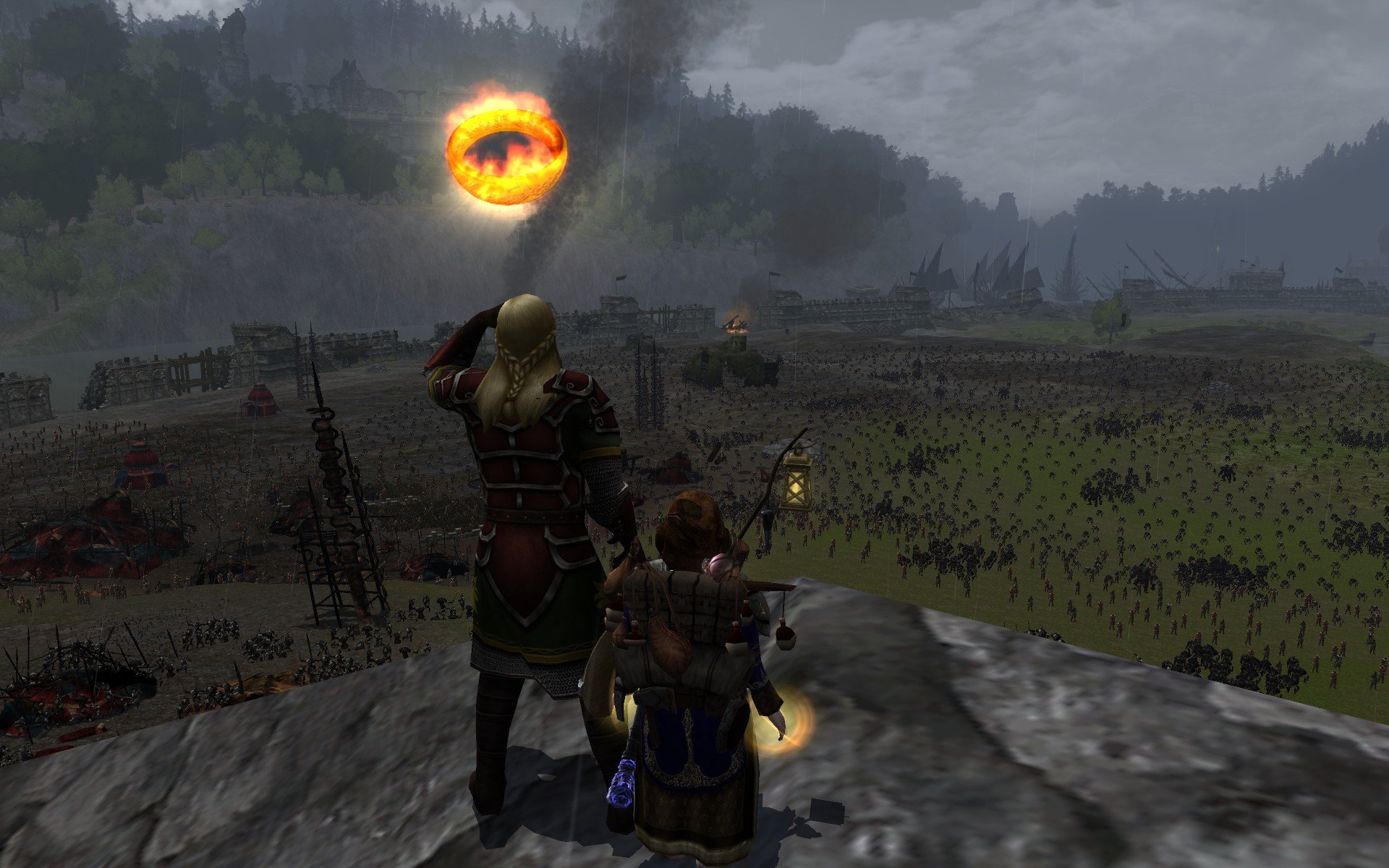 Don’t let the heavy focus on academia scare you away if you’re at all curious. I know a lot of folks out there suffer from anxiety that prevents you from going to events you’d enjoy, so seeking out smaller venues could be a great way to cope. For that reason alone,Mythmoot is doing great work not only on a higher learning level, but on a social plane, with benefits too great to measure.

As keynote speaker Diana Glyer observed:“encouragement is one of the strongest forms of influence.”