Too many broken hearts

Publisher Atlus has revealed the sales figures for recent releases in its acclaimed JRPG series, Persona. The expanded Persona 5 Royal has sold over 1.4 million copies worldwide, while musou-lite spin-off Persona 5 Scramble: The Phantom Strikers has sold just over 480,000 copies in Japan.

Recent PC re-release Persona 4 Golden has also pulled in 500,000 sales, not too shabby for what is technically a 12-year-old game. These combined sales push the Persona franchise to a cumulative 13 million units worldwide. To celebrate the ongoing success, a cute piece of art was released featuring Persona 5 Royal’s new gal Kasumi Yoshizawa and Persona 5 Scramble’s mysterious guide Sophia. 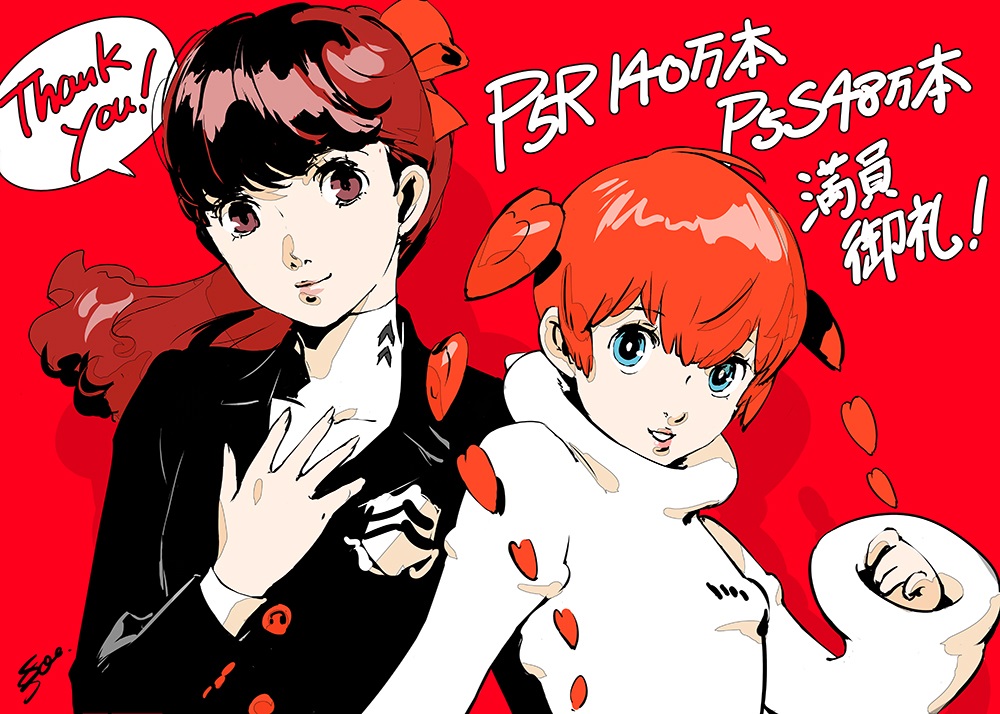 In regards to further news, the west eagerly waits on official confirmation of a Persona 5 Scramble localisation, which seems a given according to these global sales figures. Earlier this week, it was revealed by Nintendo that parent franchise Shin Megami Tensei is getting set to make its return. A Switch remake of 2003’s Shin Megami Tensei III: Nocturne and the long-awaited sequel Shin Megami Tensei V are both expected to launch in 2021.