Batman: Arkham Knight: Batmobile can transform into a freakin' tank!

We gave you our impressions from the very first look at Batman: Arkham Knight back in March, but now we’re back with a twist. That Batmobile we talked so much about? Yeah, it’s great. Cruisin’ around Gotham and blowing up sh*t is never going to be anything but great. But they were holding out on us:

The Batmobile can transform into a freakin’ tank! 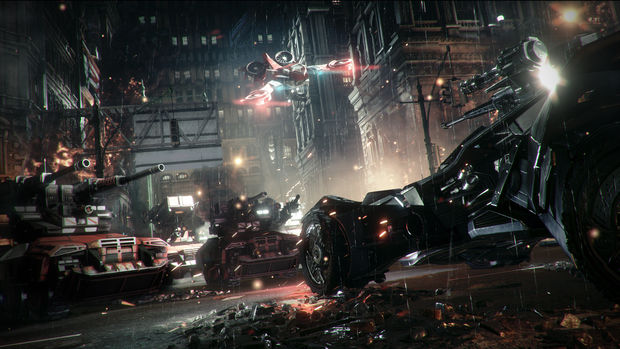 We already knew that the new Batmobile was designed to go fast and bring the hurt in a hurry, but the trick up its sleeves is that it transforms into a tank, armed with cannons and other crazy weaponry. What’s even more crazy is that the Batmobile can go through a near-instant transformation between the fast driving side (pursuit mode) and this new tank side (battle mode) with a press of a button.

We saw the new Batmobile in action in chapter 2 of Batman: Arkham Knight. Scarecrow has holed himself up in Ace Chemicals, working on a bomb that would take all of Gotham out, so Batman heads there armed with his ultra-capable new ride. The place is sealed off tight, so Batman uses his fancy new suit to climb his way up over the massive gates. His grappling gun does the trick, and his ability to chain grapples helps.Once inside, Batman is able to open the door and bring the Batmobile in remotely. Yep: the Batmobile is also the most badass remote control car. 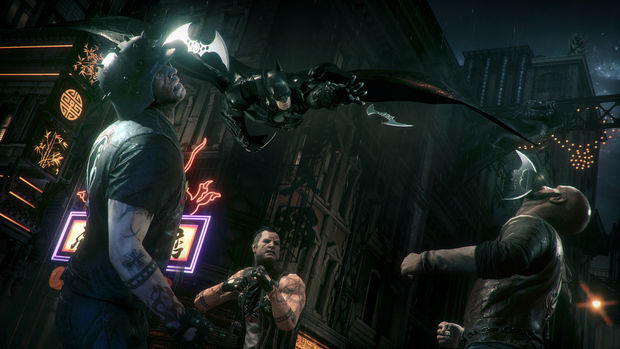 As a tank, the Batmobile isn’t some slow, treaded thing. While it isn’t as fast as it is in pursuit mode, it’s still pretty agile, which makes zipping around enemy targets pretty easy. Due to its wheel configuration, it seems to glide over the ground, and can easily strafe. I had to play through a couple of training missions to get used to its feel, but once I did I had no problem blowing up enemy vehicles.

In the tank battle mode, aside from its military-grade weaponry, the Batmobile has a power winch that can grab and pull down just about anything. Initially it was doors that had to be pulled down, but in a later section of this chapter I played through some puzzles that had me using the winch and the remote control features to pull a broken elevator up through a building, allowing Batman to explore otherwise inaccessible floors.

The demos we saw and played had the Batmobile being used in a way that has the player switching between the pursuit and battle modes constantly, keeping things interesting. It’s not just about the weaponry and driving, though. A lot of the interplay between the two modes was required for accessing different areas of the stage.

Add in tricks like Batman being able to eject straight out of the flying Batmobile, mid jump, straight into combat, and the possibilities just seem to pop up everywhere. And wait until you see a Batmobile-assisted uppercut takedown in action! 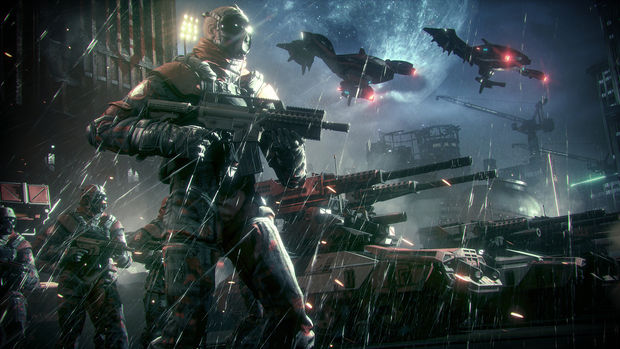 Again, it looks like they have much more planned for this new dual-mode Batmobile than driving fast and blowing stuff up. Of course, there will be a lot of both of those things, too. But it seems like there will be plenty of other uses for Batman’s new ride, and those should make Batman: Arkham Knight that much more interesting.

Batman: Arkham Knight is now slated for release in 2015.