Behold, the winner of our E3 2014 Community Choice Award!

Last week, we asked you to weigh in on your favorite games of E3 2014. And weigh in you did! There were approximately eleventy bajillion votes cast and hand-counted by yours truly, making this one of the most popular E3 awards we’ve ever held. Thanks to all who voted!

Now, before we unveil the winner, I’d like to congratulate this year’s entire massive list of E3 standouts. There were more great games on display this year than I could ever hope to play, ensuring everybody has something to look forward to in 2014 and beyond!

And now, without further adieu, the winner of Destructoid’s E3 2014 Community Choice Award is… 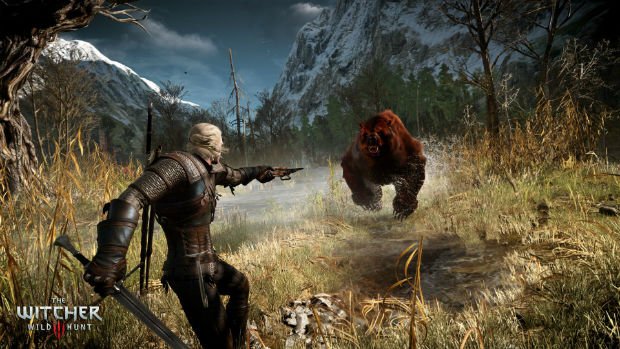 Not only did CD Projekt Red’s third entry into the fantastic Witcher series impress the pants off our own Max Scoville (not to mention numerous other editors), but it won your hearts and minds as well, blowing the rest of the competition out of the water! And what’s not to like? The world is enormous, the graphics are gorgeous, and the gameplay promises to expand on the already successful Witcher formula; sounds like a winning combination to me!

So please join me in congratulating CD Projekt Red and The Witcher 3, winner of the Destructoid E3 2014 Community Choice Award!

Here are the nine runners-up, in order of votes received:

Thanks to everyone who took the time to vote! Until next year!