They learned quite a bit from the second iteration

When I entered BioWare’s offices and had a chance to speak to the game’s Executive Producer and Studio GM, I had one goal in mind — to find out how Dragon Age:Inquisitionwas going to be more like Origins, and less like Dragon Age II.

You’d expect a lot of Molyneuxian backpedaling when confronted with the idea that the last game was a letdown in many eyes, but the responses I received were genuine, with a real concern for learning from past mistakes, and a confident assurance of the gameInquisitioncould really become. 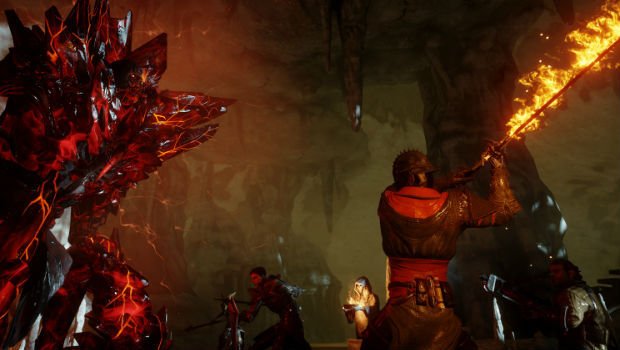 Speaking to BioWare’sMark Darrah (Executive Producer,Inquisition), andAaryn Flynn (BioWare Edmonton General Manager), I immediately led with the question “what did you guys learn from Dragon Age IIthat didn’t go over as well as you had hoped?” Darrah fielded this by stating that “we did a lot of experimentation in Dragon Age II. The hero is a reactive hero, as opposed to a hero that causes reactions like the Warden from Origins. I think that lack of clarity made the story more convoluted. It’s a story of people as opposed to a story of events, and I think that was a problem for many people.”

Darrah continued, speaking on the issues with combat in Dragon Age II. “I think that’s what got us in trouble with Dragon Age II— the new story method, and that it was faster and easier gameplay wise. It feels like you’re just swinging this sword around and it doesn’t weigh anything, whereas combat was more deliberate in Origins. We’re fixing that inInquisition. Combat will have a lot more weight to it than both prior games. We’re balancing it towards a more difficulty middle-ground, so that you have to use some of the tools you’re given. Maybe you don’t have to master the tactical camera, but you’ll have to master some aspect of the game and use them together to really master Inquisition.”

Flynn sounded off as well, stating, “I think we misjudged there with Dragon Age II. People wanted something that they could really master over time. We didn’t do that with the sequel.”

To me, that’s good news in terms of whereInquisitionis headed. A middle-ground of fun, engaging combat that’s maybe a little less clunky than Originsbut deeper than Dragon Age IIis a great compromise. Another thing that bothered me though about DA IIthough was the lack of customization of party members and characters, so I pushed on that point.

Darrah commented on how they are addressing that in Inquisition, stating, “in the sequel, we removed the ability to equip armor to your followers. That was intended as a way to really make the characters stand out, but we realized that people wanted that element in the game. So inInquisitionwe added it back, but still kept that feel of individuality. We didn’t want people putting plate mail on every character and having four walking trash cans. In Inquisitionif you put armor on Cassandra for instance, she still looks like Cassandra.”

Flynn shed some light on the developmental process of both existing games as well. “Originswas a six-year project. There was a big desire to experiment on Dragon Age IIafter that long development time. A lot of people thought that their ideas weren’t heard for the original, so we incorporated some into the sequel. I do think we experimented too much in Dragon Age II. Some of it was too big of a price to pay.”

Following up, I asked if there was a certain group of people that reacted well to the game. Darrah responded, “yeah, I think what a lot of people had a problem with was that it felt like a different series. Most of the people who loved Dragon Age IIdidn’t play Origins. If you go to the sequel after playing tons of Originsyou’ll probably wonder how the series could progress that way. That was its biggest sin. It was too many new things.”

Another big thing that disappointed me in DA IIwas player choice — or the lack thereof. I described the scenario in Originswhere you’ve given at least five choices as to what to do with a possessed child. In the sequel there’s nothing comparable, and choices are usually limited to two major options. I continued on down that path, asking how BioWare was going to improve on player choice in Inquisition, and got some pretty good answers.

Darrah responded, saying, “Yeah the tone icons caused some confusion in Dragon Age II. We meant well with them, but we’re backing away from them in the third game. We’re using them now sparingly, just to warn players that they’re being sarcastic, for instance, or letting them know that they’re about to jump in bed with someone. It’s not so much to spoil the surprise, but prevent players from reloading the game after accidentally kicking a party member out of the group.” 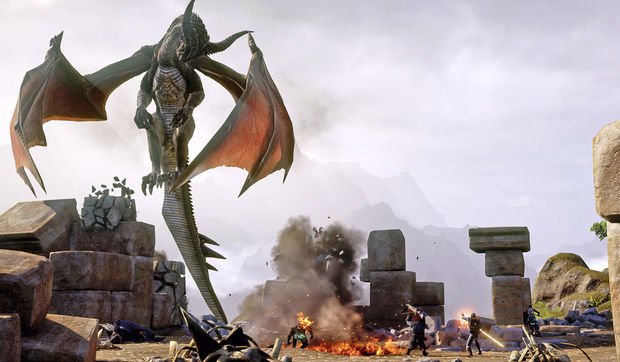 The duo also went on to cite Mass Effect‘s Saren as a great way to ground moral choices in games. On the topic of anchoring morality, Flynn stated, “I think that the lack of clarity in Dragon Age IIhurt things a bit. With Originsyou had a clear evil, and you could play off that. It’s what made Saren such a tragic figure — you could really see his evil side as well as his clear good side, and that made him more complex. But there was some grey there, just not all grey. That’s something we are looking to bring to Inquisition.”

So how about gameplay? Darrah was on point with the improvements in Inquisition. “You can dye items, and Inquisitionwill feature the most advanced crafting system we’ve ever had. The tactical camera is also even better than it was in Origins. Before, you could just pause, give orders, and unpause. Now you can move the camera around a lot better in more advanced ways. The creature inspector tool will give you more information now. There are still synergies and now you can see how to combine them better. Weapons will have hilts and blades. Runes will be more customizable to give you the weapon you want.”

The romance system is something I always felt that was lacking in either game, and Darrah was excited to tell us how they’re changing it. “The affection system was always very gamey, in a bad way. We made it a bit more organic. All your party members can approve or disapprove of your choices. You can’t just give them 30 wet loaves of bread to make them fall in love with you. You really have to talk to your companions to romance them rather than game them. There are no meters anymore, you have to have a real conversation.”

Of course, I had to bring up DLC at some point. People are rightfully wary of EA’s influence, and Darrah noted that they are going to mostly going to listen to fan demand to shape post-game support. Although he wasn’t able to confirm anything, DLC will likely be comprised of sandboxes — large new areas that players can wander around and complete a main quest in, but also find sidequests for. There isn’t going to be another expansion like Awakening though, sadly. Darrah said that it was “far too much work, and very expensive, as everything has to interact with the original game.” 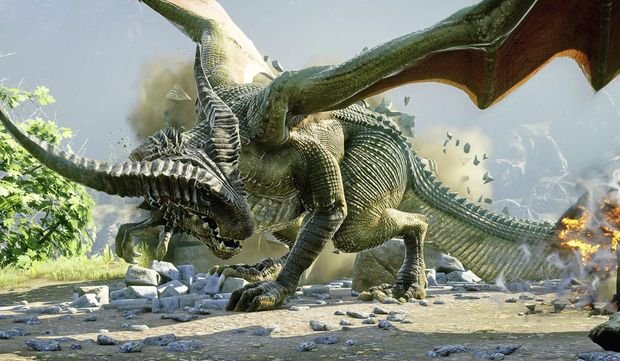 Well there you have it. Whether you enjoy Originsor Dragon Age IImore, it seems as if elements of both will make their way into Inquisition. From what I’ve played that’s a very good thing, but time will tell if it all pays off when the actual game launches on November 18.