This might be a bit premature given that Blasphemous is not a particularly short game and it hasn’t even been out a full week yet, but I figured some of you would benefit from this PSA. The game has multiple endings as you might expect, but you don’t need to play through the grisly adventure again to see them.

I’ll keep spoilers to a minimum, but that’s the gist. You can click away now if you’re good, or continue reading for slightly more context about how the endings work and what’s needed to unlock them. 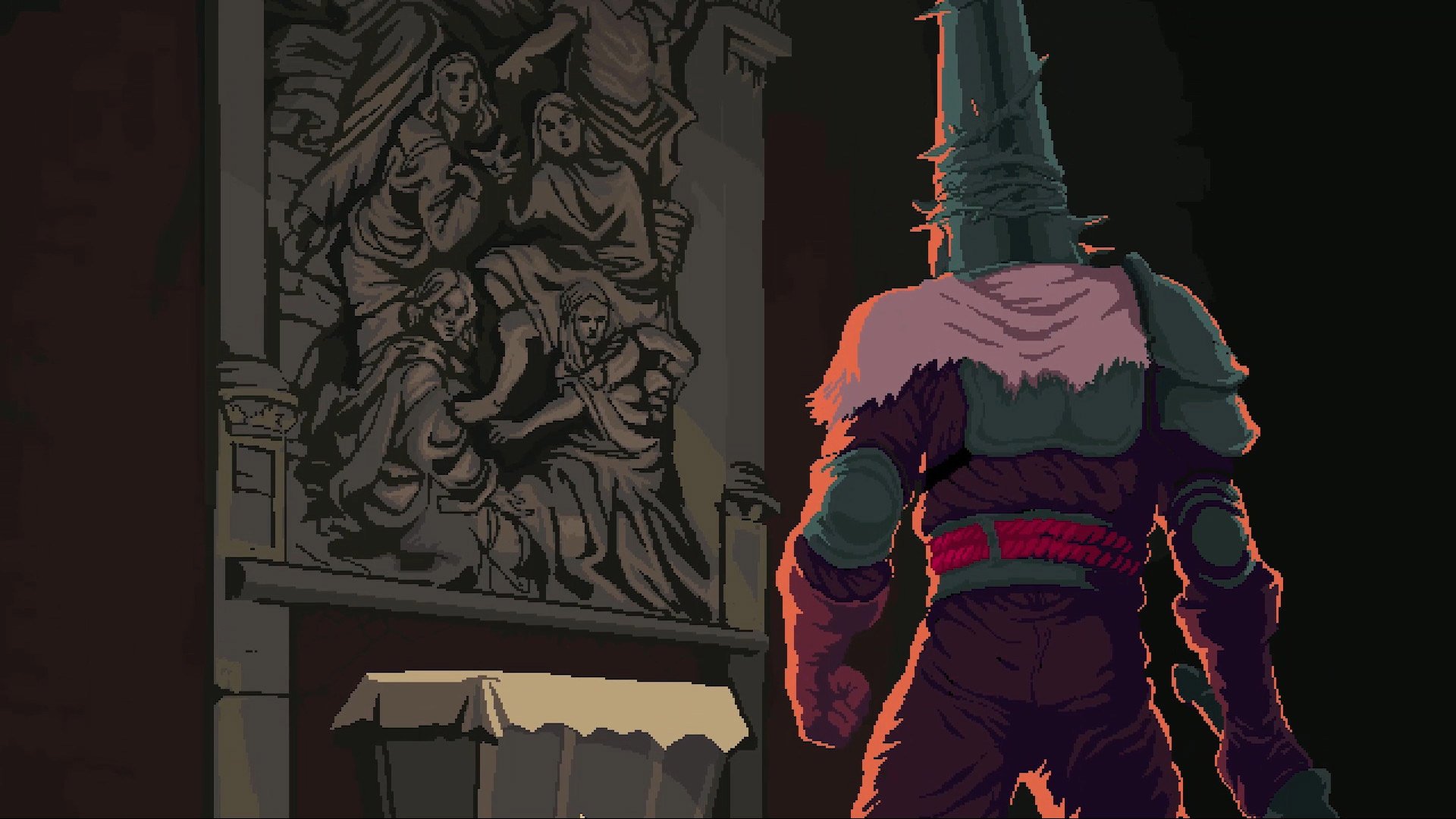 In short: there’s a default ending, which you’ll get just by playing normally and killing the final boss, and there’s a true ending, which involves finding a key item and revisiting seven specific rooms before facing the boss. (Side note: after you see the credits in Blasphemous, you can explore and fight the boss again.)

I had a hunch about the unlock process while reviewing Blasphemous, but I glossed over one of the steps and didn’t see the true ending for myself until after launch. The game’s map doesn’t do a great job of indicating what you have and haven’t done already, so it’s best to do this in one shot or take notes.

As recapped by Hold to Reset, you first need to find the Immaculate Bead in the Graveyard of the Peaks zone. The item is found in the area’s guilt-clearing room, just to the left of the elevator shaft. With the bead equipped, you then have to die three times to turn the item into Weight of True Guilt.

From there, you need to revisit every “guilt room” in Blasphemous – you know, the ones with giant statues? Yeah, those. There are seven in total, and the aforelinked site has their whereabouts. In each room, you’ll destroy the statue, use the portal, and clear a challenge room. I’d advise attempting this with as many health and healing upgrades as possible. Some challenges can be tricky otherwise.

With all seven rooms checked off, you should now have an item called Custodia of Sin. Head to the final boss and do your thing. You’ll earn the Path of the Believer trophy/achievement for your trouble.