Borderlands: The Pre-Sequel is official. The latest entry in Gearbox’s shooter looter takes place between the original Borderlands and Borderlands 2, hence the Pre-Sequel moniker. The new game is based on the Borderlands 2 engine as well, and will be sticking to the Xbox 360, PlayStation 3, and PC.

You’ll be able to play as one of four new — yet familiar — characters as you work for Handsome Jack during his rise to power. Oh, and a majority of the game takes place on Pandora’s moon. And you get jet packs. And laser guns. And ice weapons. Oh my.

So what’s going on this time in the Borderlands universe? Story-wise, The Pre-Sequel focuses on four new playable hunters working for Handsome Jack as he rises to his role you eventually see him in Borderlands 2. Every playable character is someone Borderlands fans should be pretty familiar with too. Here’s the breakdown:

Athena, a crimson lance assassin from the General Knoxx expansion. Sheriff Nisha, an NPC from Borderlands 2. Wilhelm, the first big boss character in Borderlands 2 — but before he became a giant robot. The Pre-Sequel does see Wilhelm evolving over the course of the game as he slowly becomes more and more cybernetic with his upgrades and such. And last but not least, Claptrap! Yup, Claptrap is finally playable. The camera is even positioned much lower than normal to reflect the murderous robot’s height too.

For the demo, 2K was using Athena and one of her main abilities was this shield she can pull up to absorb enemy fire. You’re still able to shoot while it’s up, and once the shield has absorbed enough damage you’re able to fling it out at an enemy for incredible damage. An upgrade to the shield will later allow you to hurl the shield to hit multiple enemies, Captain America style. 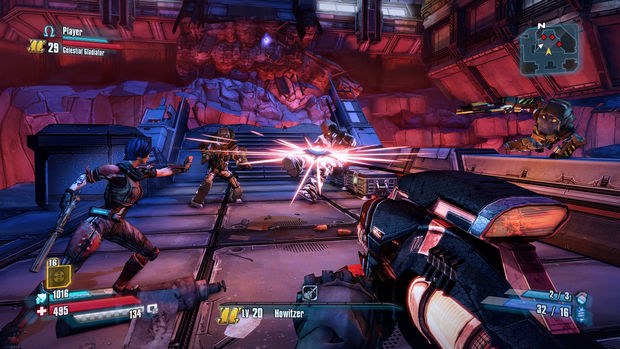 The biggest change to come to Borderlands with the latest entry is the place all the action is happening on: the freaking moon! Yes, you’re finally able to explore the moon and it offers a few major new mechanics that may make playing the older Borderlands games challenging once you experience all the new features.

The major change is that you have an oxygen meter now. You need oxygen to breathe on the surface of the moon, but oxygen also doubles as the fuel for your jet pack. Yup, jet packs are a thing now. Jet packs allow you to double jump, soar even longer through the air on top of the lower gravity provided by the moon, and whenever you’re high enough you can even do a ground pound to either get down to the surface faster, or hurt some enemies.

Using your jet pack’s abilities does drain oxygen, and it’s definitely something you need to monitor as you play now. Oxygen is lootable, and the live demo we were shown had multiple points from which the player was able to refill oxygen so it doesn’t look like it will be too tedious of a thing to manage. Note that it’s only when you’re outside of a base or interior location that you have to worry about your oxygen intake. Otherwise the action inside a base is more akin to past Borderlands games — except, you know, there’s still lower gravity and you have a freaking jet pack. 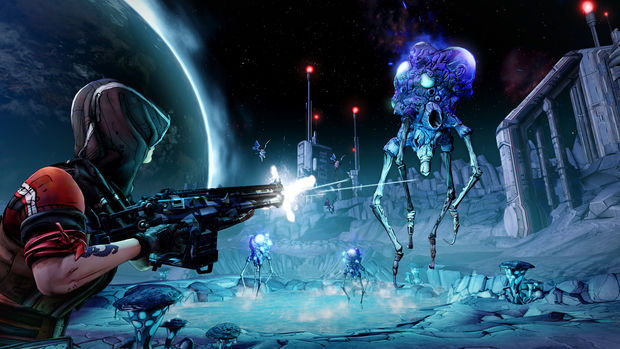 Borderlands‘ biggest claim to fame is its billions and billions of guns, and The Pre-Sequel introduces two new weapon types. The first are laser weapons, from guns that shoot out little laser blasts like in Star Wars, to guns that fire out a steady stream of fire power like the Proton packs from Ghostsbusters.

Then there’s the Cryo guns, which have the new ice elemental effect. The Cryo guns can slow enemies down, eventually completely freezing them solid at which point you can then shatter them into hundreds of pieces — an effect made even cooler on the moon as the ice pieces float off. 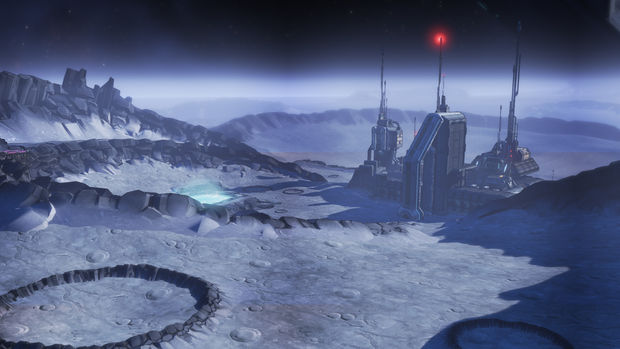 Borderlands: The Pre-Sequel is a collaborative project between 2K Games Australia and Gearbox Software. While Gearbox has a hand in The Pre-Sequel‘s development, the Australian team has been afforded the creative freedom to add its own spin on the series. “They almost approached it like fans did,” Randy Pitchford, head of Gearbox Software, stated when describing the Australian’s team take on the franchise.

The Cryo guns are a good example of what 2K Australia brought to the table when creating this latest Borderlands. “I’ve always wanted ice bullets in Borderlands and it finally happened,” Randy told us. “Internally we used to argue about this at Gearbox. The Australian team did not care about our argument. They were like ‘Fuck it. We want ice bullets, we’re going to make damn ice bullets.’”

Those of you attending PAX East this weekend will want to stop by the 2K booth as they’ll be showing off Borderlands: The Pre-Sequel demos of what Destructoid got to see recently. We’ll have more to tell you about the latest Borderlands early Friday morning, including why there won’t be an Xbox One or PlayStation 4 version of The Pre-Sequel.