Boss Golf has all the charm of the '90s 'Tycoon' games

“Tycoon” style games used to be all the rage in the late ‘90s. After Rollercoaster Tycoon proved the formula was popular, various knock-offs flooded the casual PC market and made it incredibly easy to pick up a tycoon game for your preferred hobby. I distinctly remember things like Ski Resort Tycoon and Airport Tycoon, but one of the better riffs that appealed to me was Sid Meier’s Sim Golf.

I had been introduced to the sport of golf from a friend of mine and seeing it combined with that particular gaming craze was too much to pass up. In true Sim fashion, the game let you create your own golfer and then set them out on a course hand made by you. I remember creating some devious courses, with lots of sand bunkers and stupidly placed ponds that would have caused even Arnold Palmer to curse a blue streak.

While tycoon games haven’t exactly disappeared over the years, their prominence has diminished. We’ve seen pseudo-come backs with Planet Coaster and Parkitect, but where is the “Golf Tycoon” title? Enter Boss Golf, a game currently in alpha that looks to recapture the glory that was Sim Golf for a new generation. 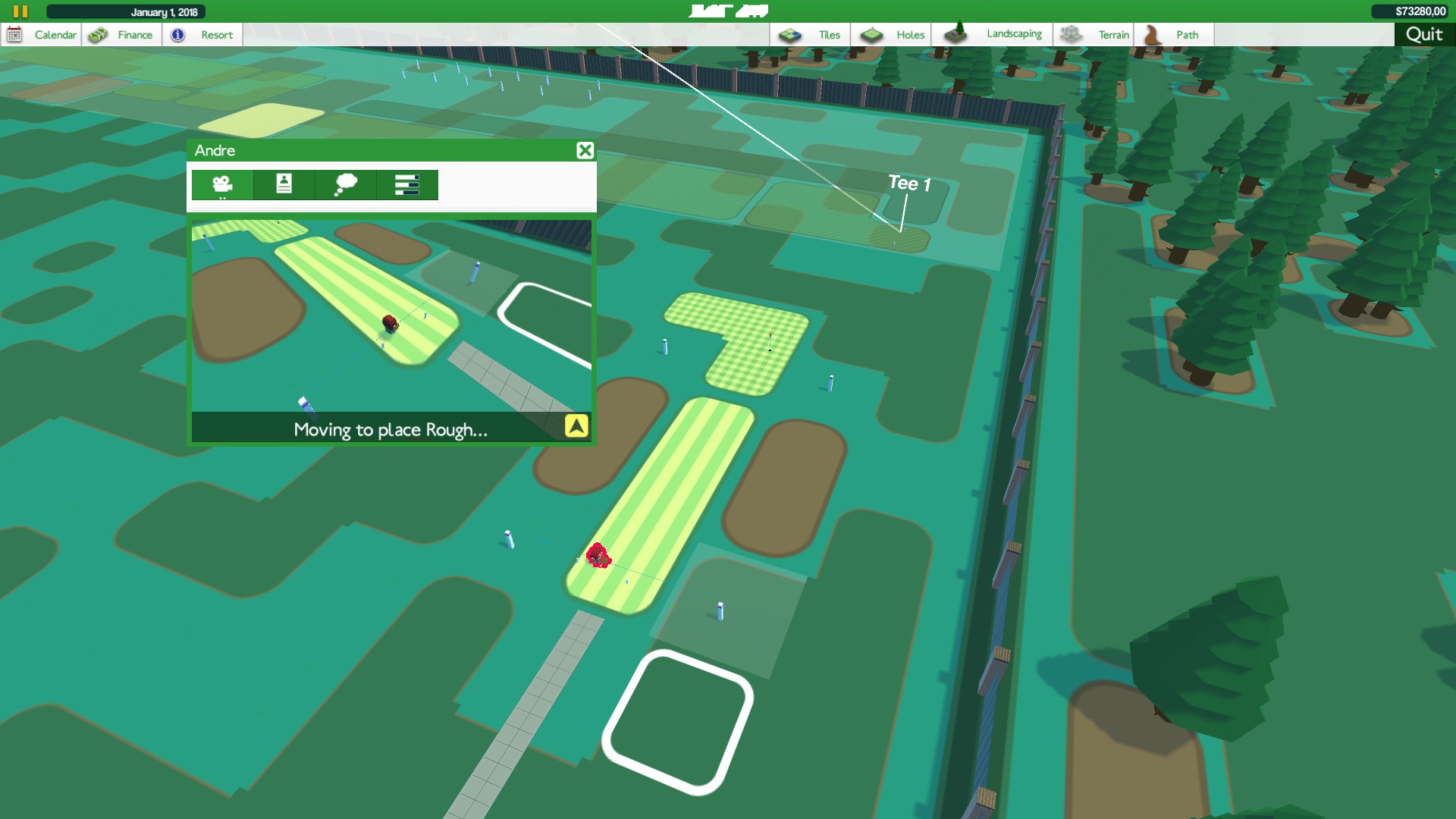 Most of the features I remember from Sim Golf are present, like laying down tiles to make your holes and some light terraforming tools. There are lightly-interactive characters walking around to test the holes with and you can even plant trees to your heart’s content. The game allows you to place multiple pins per hole, so you can have different people teeing off at the same time, even provide a difficulty selector.

The graphics seem to be going for a voxel-style presentation and look pretty humorous. I get a Minecraft vibe from everything, but I just plain love the way that trees are rendered. This is almost like playing with creating a Golf course out of Lego (which I’m surprised to find isn’t really a thing). If you dig the building aspect inherit to the tycoon genre, Boss Golf should have you covered.

The only real downside, right now, is that a lot of the planned features aren’t really present. The alpha lets you plan out some holes, but controlling the in-game characters isn’t allowed. They can play each hole, but you aren’t given much input on how they do that. Currently, your holes all need to be assembled by a solitary worker, who took far too long to traverse my own eight-hole course. 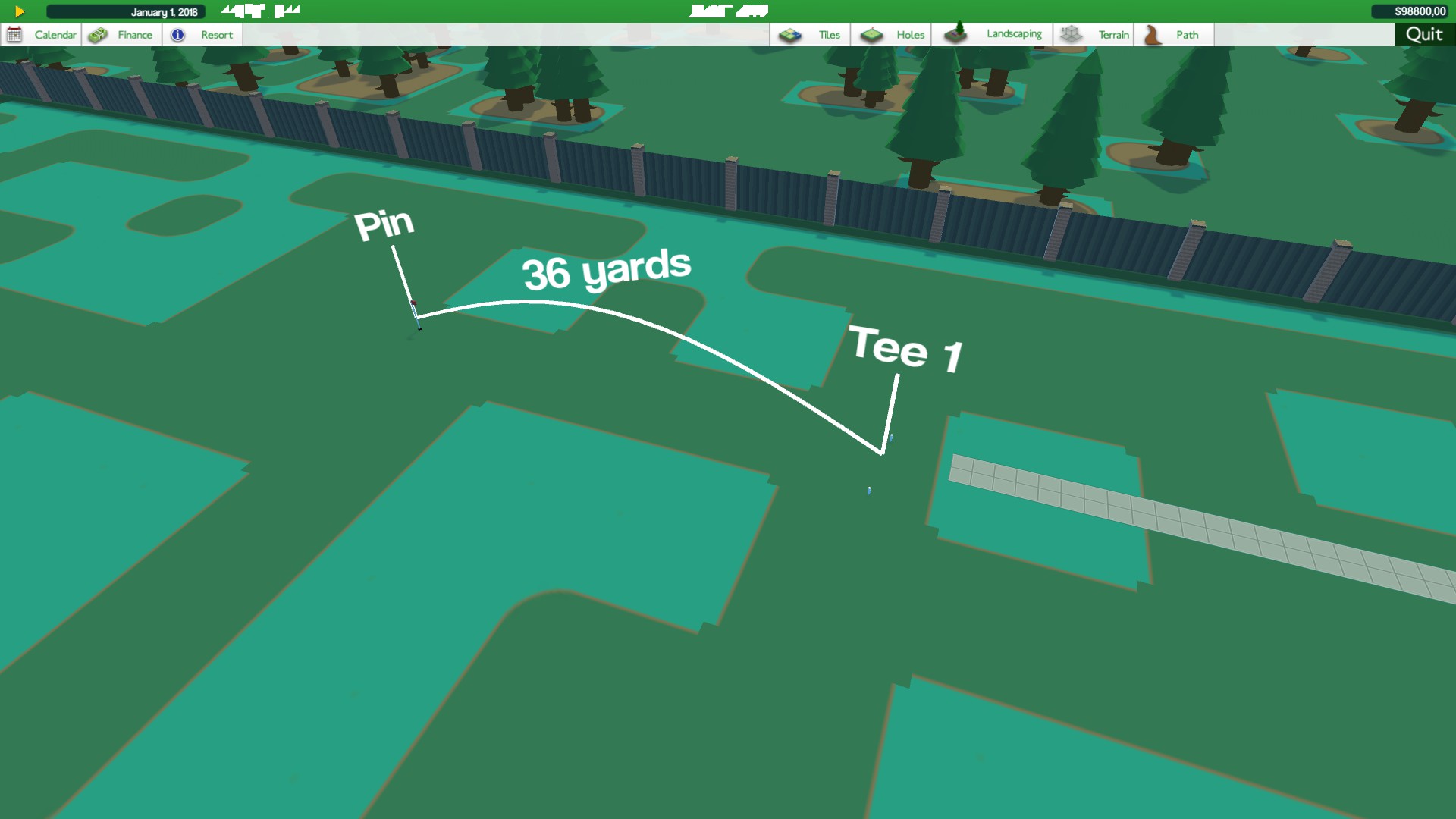 The terraforming tools also lack adequate explanation and you can’t expand the size of your course, but I can’t be too hard on Boss Golf. For its alpha state, the simple act of laying out everything is executed very well. I’d like to see more customization with the various ground tiles (there is something weird going on with grass) and maybe get some building options (like a clubhouse), but I’m already sold on the idea of the game.

It will probably be some time before Boss Golf actually releases, but the game seems to be going in the right direction. I can’t tell you how starved I am for a decent golf title ever since EA Sports killed off the Tiger Woods series (Rory McIlroy PGA Tour doesn’t count. It sucked). While Boss Golf isn’t a traditional golf game, it pays homage to the sport in the same manner that Sim Golf did over 15 years ago.

If you’re interested in the game, you can follow the development over at Bossgolf.blog. Updates have been steady and the game is on track for a 2018 release. Hopefully it hits the fairway in regulation upon teeing off.