For better and for worse

Anyone who has played Super Mario 3D Worldknows what to expect from Nintendo’s upcoming Captain Toad: Treasure Tracker. That’s because Captain Toad made an appearance periodically in his own levels throughout 3D Worldto lend a slower, more methodical style to the cat-suited platforming that mostly defined the game.

Nintendo realized that it may have a hit on its hands with the Captain, and thus Captain Toad: Treasure Trackerwas born — a game comprised solely of those bits where the protagonist hunts his way through puzzling levels for coins and gems. It’s a simple concept, and one that our own Darren Nakamura covered in depth in an E3 preview. 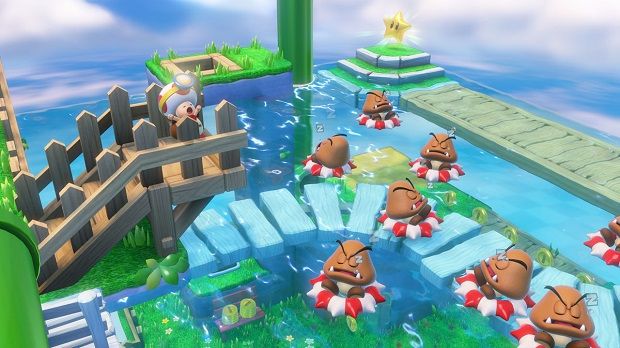 Given some time with Captain Toadat PAX Prime, I wasn’t exactly shocked to find that the game plays exactly how I’d figured. Self-contained levels that require the camera to be rotated for new viewpoints, a somewhat slow-moving but well-controlling character, and some puzzles that didn’t hurt my brain but still weren’t overly easy to solve. Playing the same build as Darren at E3, I learned what it was like to work my way through cube-like levels, ride a railcart, and square off against a dragon.

What I first noticed aboutCaptain Toadwas the way that the developers have the opportunity to go above and beyond with the level design. It would be easy to mail in an effort where each level plays similarly to all of the others. Instead, there’s a fast-paced stage that centers around shooting things while on a minecart, and another that involved using strategic cover to evade a dragon’s attacks. Given that these were almost half of the levels I played, I have hope that they’ll be equally as well-represented in the final game. Even the levels that were more static had some variation to them in the sense that many required either puzzle-solving skills or precise timing.

However, my most striking observation dealt with the game’s use of the Wii U’s GamePad. Captain Toad: Treasure Trackerinvolves many situations in which you need to tap items on the GamePad’s screen to move them. This is a way for Captain Toad to ascend ledges, open new pathways, or find some well-hidden treasure. 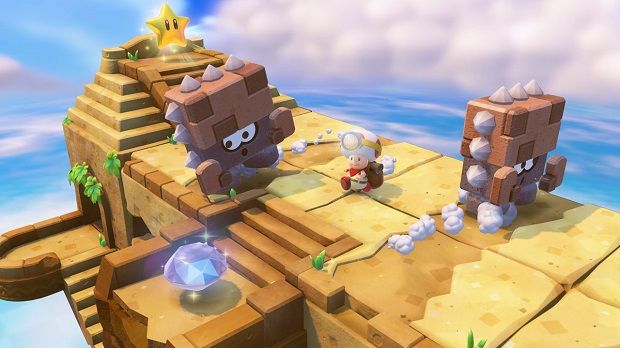 At times, these acts can exemplify the potential that the GamePad has for use in Wii U titles. It adds a clever touch of character to the mix, asking the player to interact with the game in a way that might feel more personal. It can just feel so absolutely brilliant to impose your will across several objects in succession in a way that a standard control wouldn’t allow.

However, the immersion of the experience can be starkly shattered when you realize that you’ve been staring at your GamePad and not your television for a while now. It’s easy to get caught up with your head down, neglecting the fact that there’s a large high-definition screen in front of you, and opting to turn your Wii U into a handheld device instead. From what I’ve seen of Captain Toad, it won’t walk this line and strike a balance between the two sensations. That’s a shame because we’re still waiting for developers to consistently integrate the GamePad harmoniously into gameplay without pushing the players to become dependent upon the smaller screen.

Quibbles with the GamePad aside, Captain Toad: Treasure Trackeris shaping up to be an experience that fans of those sections in3D Worldwill enjoy. In predictable fashion, Nintendo declined to comment as to why exactly we’re tracking treasure, opting for a canned “that’ll be revealed later.” To be honest, I don’t really need a reason; just being given the opportunity to trek through Captain Toad‘s world is reason enough.