Celebrating 20 years of Suikoden II, the best game ever made

For a video game that takes around 30 hours to complete, that’s no small task. 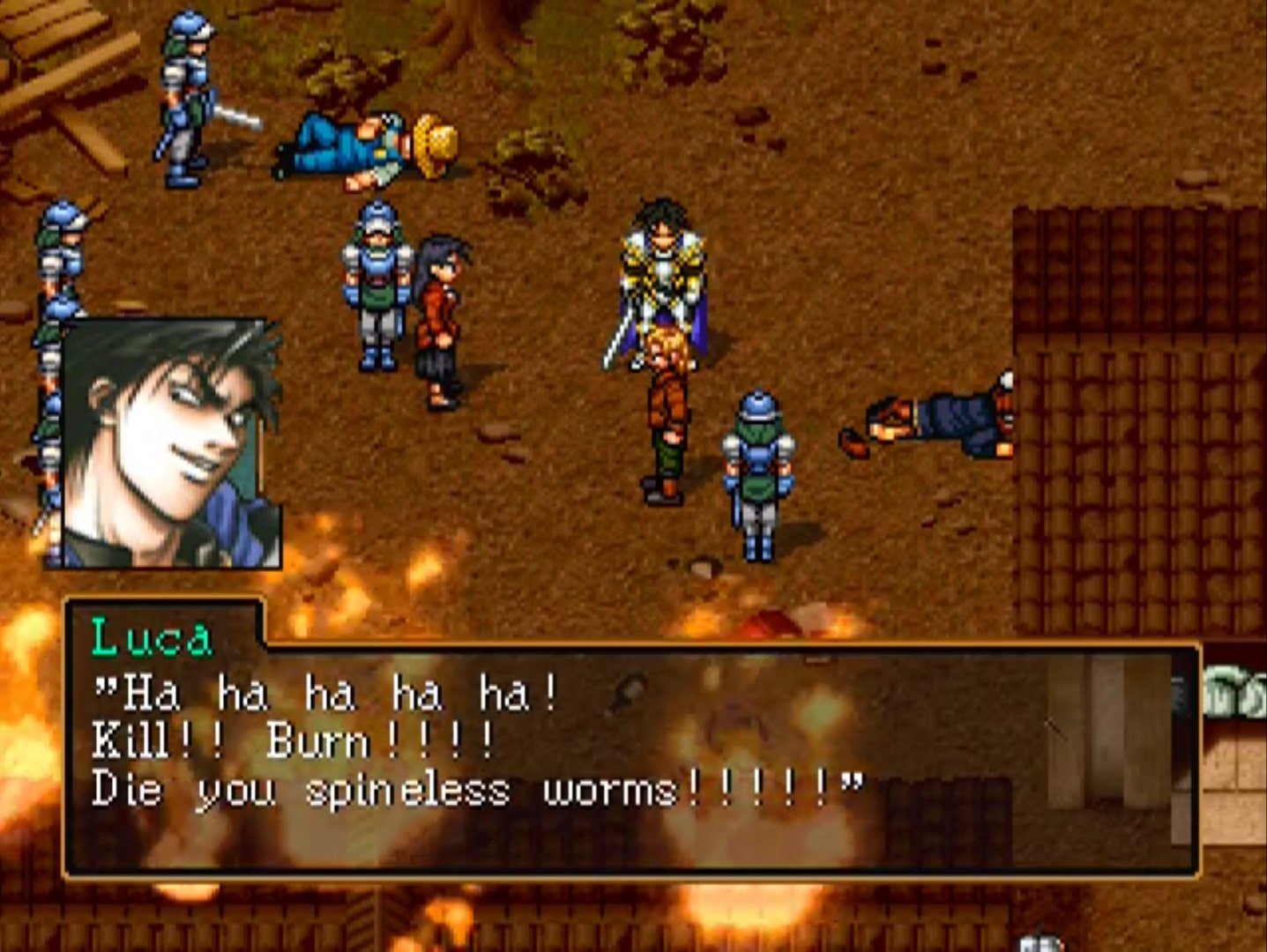 I discovered Suikoden II in the pages of Electronic Gaming Monthly. The ad wasn’t flashy, just an old, withered hand holding two white stones. As far as video game ads go, it was unremarkable. But something about it burrowed deep in my pre-teen brain. I spent years thinking about the game—dreaming about the secrets I’d learn from that creased hand if only I could figure out how to pronounce the game’s name. Soo-ee-code-ehn? Sweek-ode-in?

Whatever I thought about Suikoden II back then, it’s a far cry from how I understand the game today: a surprisingly adult look at the impact of war from both sides of the battlefield. A game where characters question authority and struggle to understand their duties in a world wracked by violence. Suikoden II is a rare game in the sense that it understands how easily people can get swept into conflict. Its characters pursue their causes—often fighting for their homeland in an extension of a war that’s touched generations—with vigor and grim nobility. More than any other role-playing game of its era, Suikoden II acknowledges and builds upon the underlying humanity of its cast. The fires of war are unavoidable.

Suikoden II’s characters rally around war drums and banners. They march against powerful armies and hold fast to the notion that their fates are locked in service of something greater than themselves. They fight and hunt vampire lords. They love and lose loved ones. In Suikoden II, the critical narrative beats—moments of heartbreaking self-actualization and rebellion—carry monumental weight. Even its side quests, like an extended sidequest riffing on an Iron Chef-like cooking competition, work in service of fleshing out its conflicted world. Suikoden II is a beautiful and sometimes bizarre game.

It’s also—at least for my money—the best game ever made. In celebration of its 20th anniversary, here are twenty reasons why it’s so good. 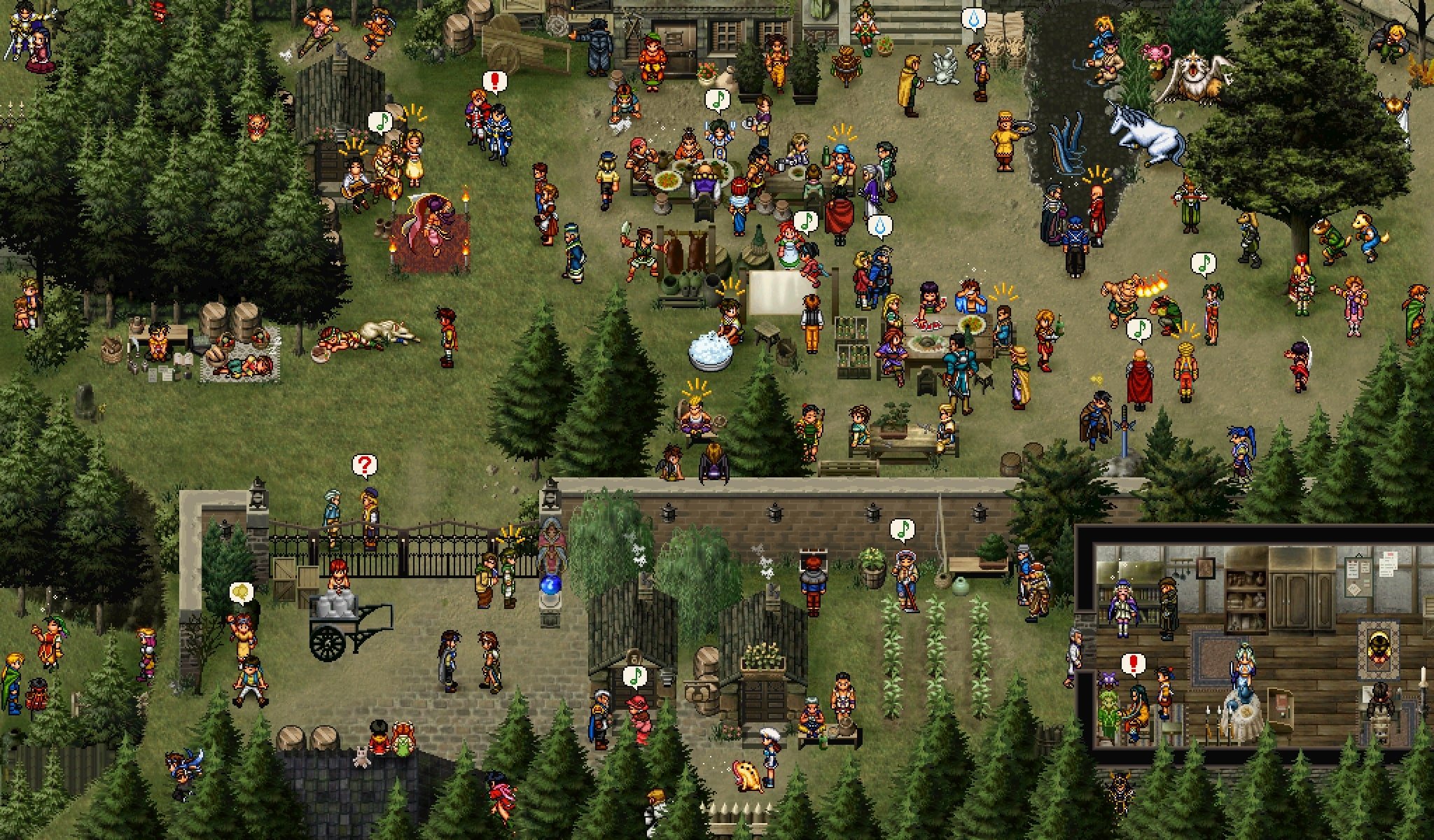 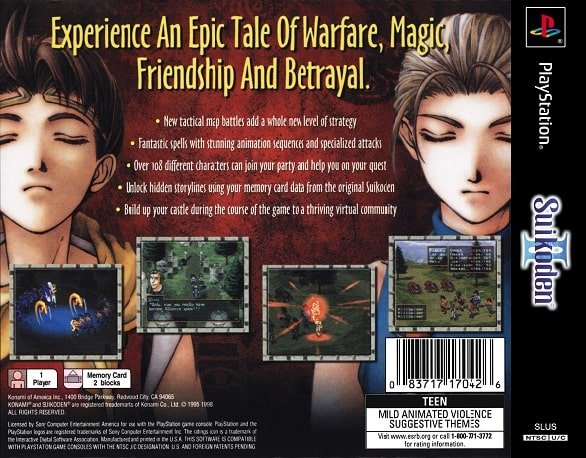 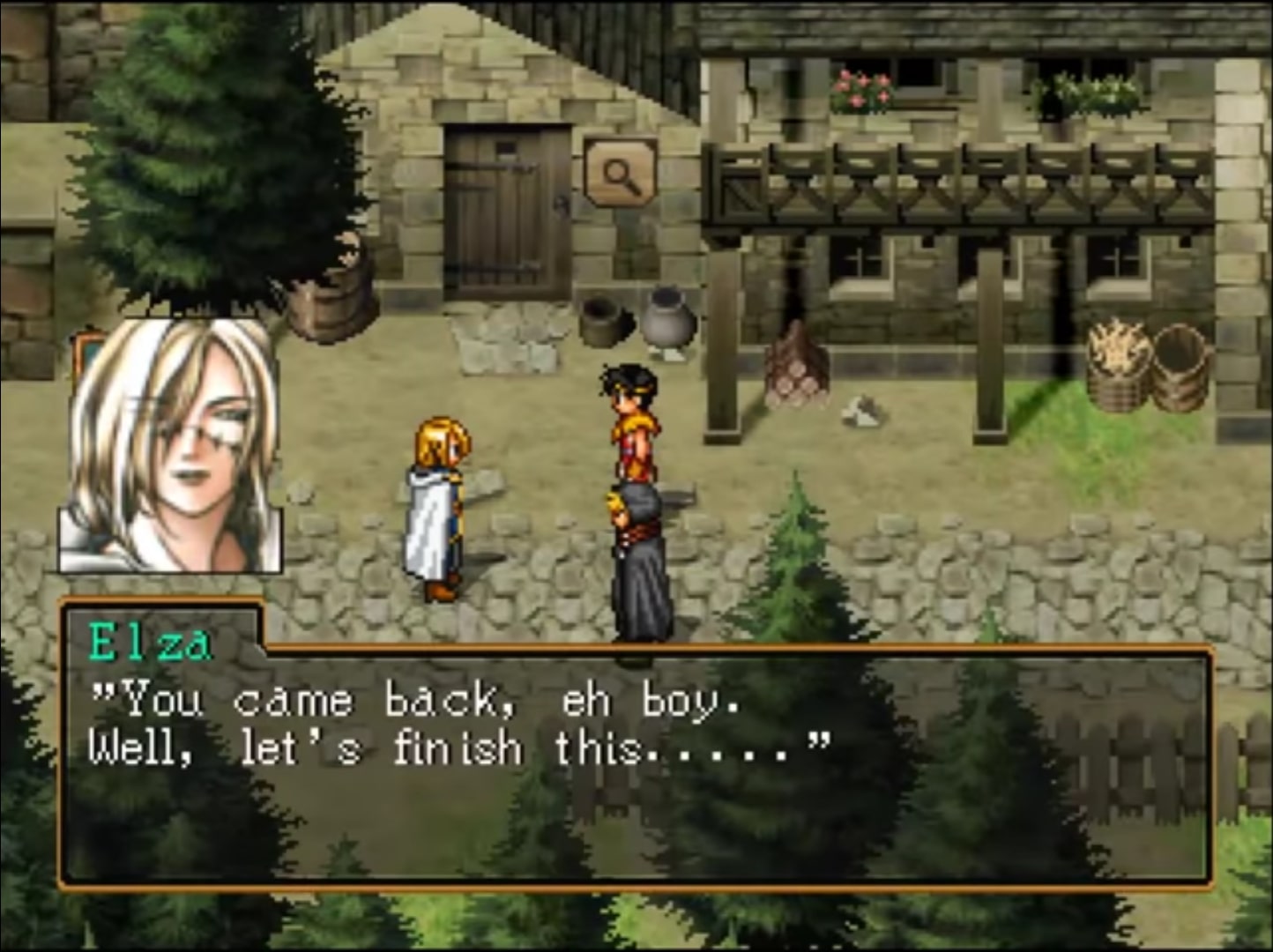 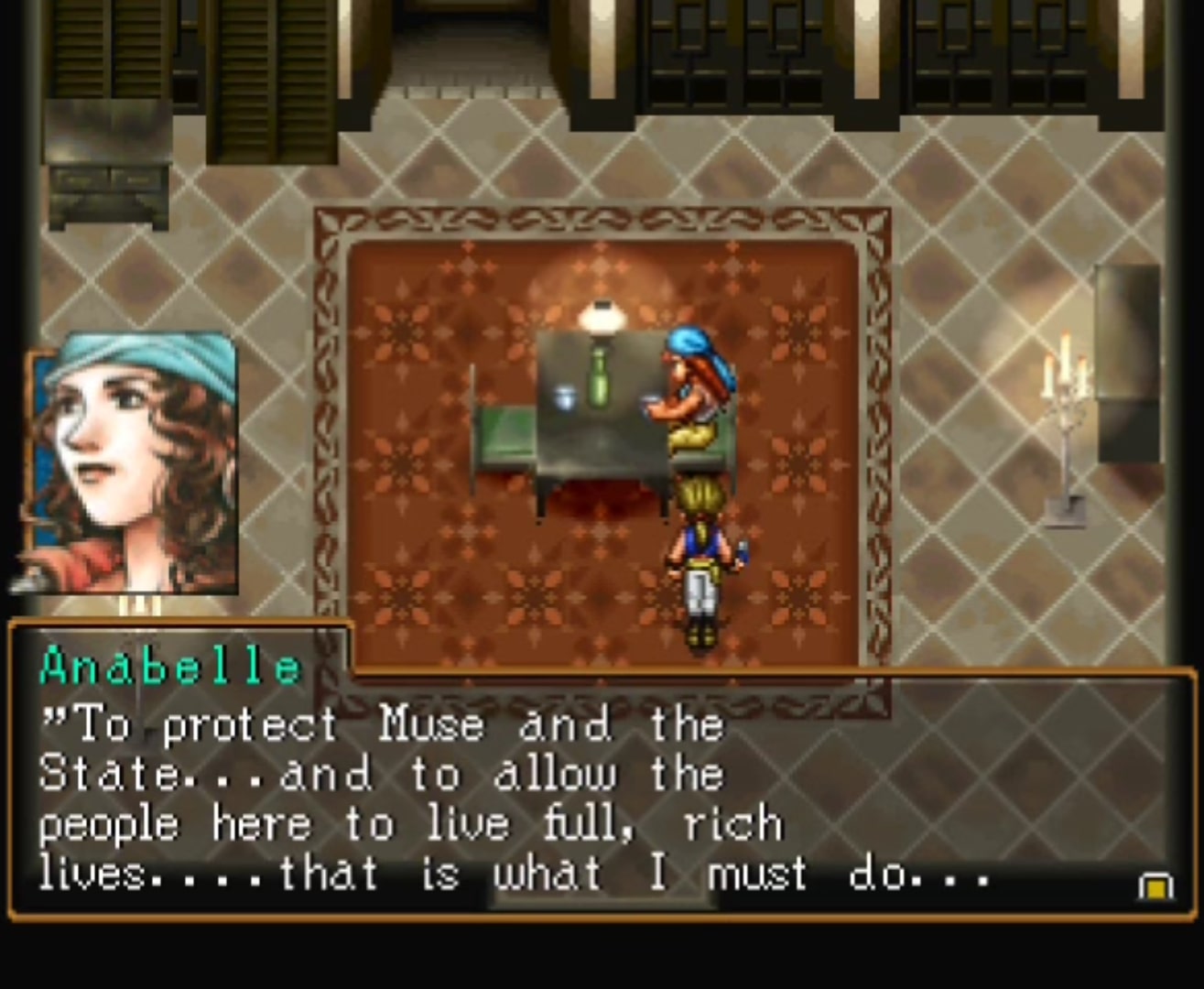 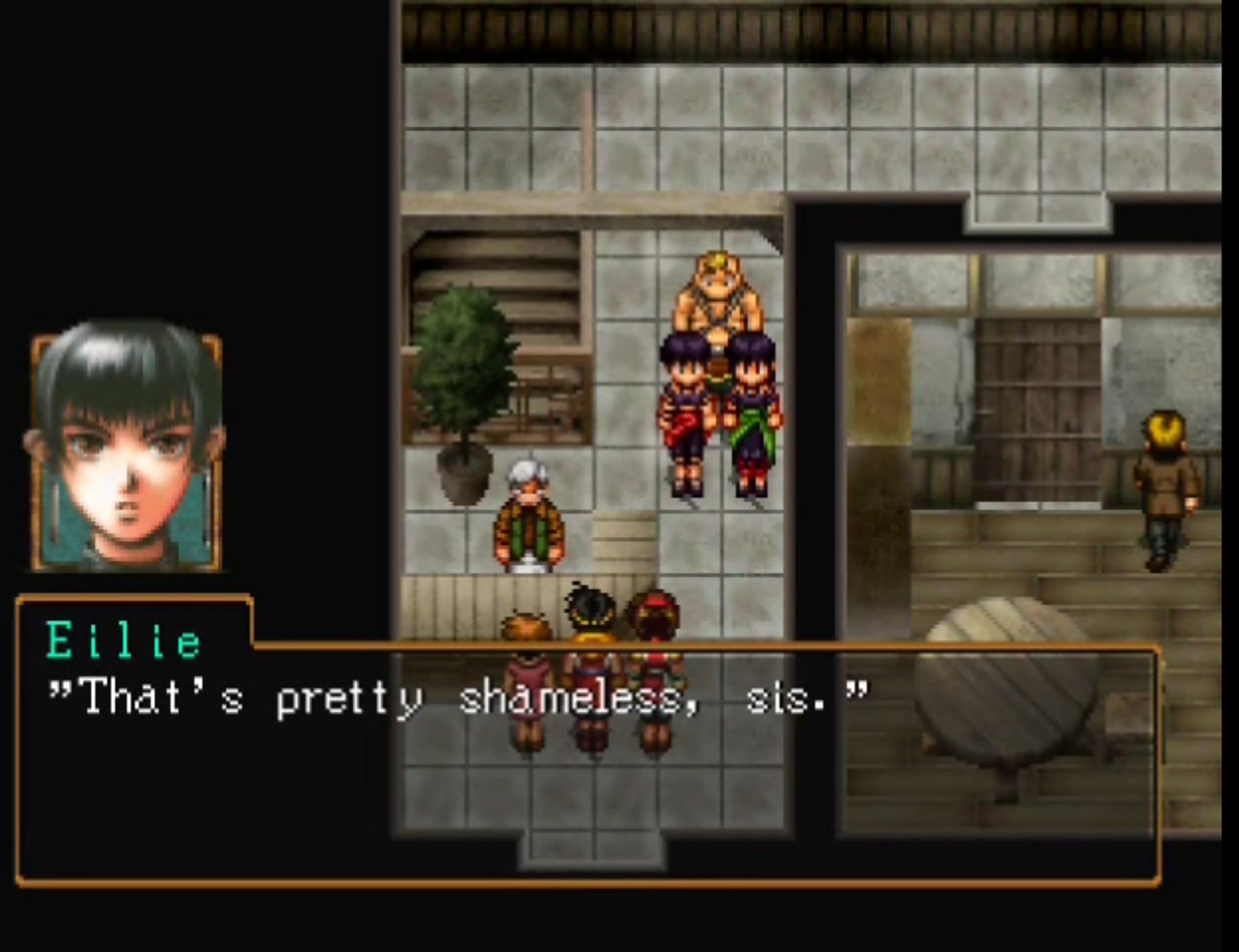 More than anything,Suikoden IIis unafraid of playing with your expectations. Its greatest strength lies in an ability to take a standard story and build it up with political intrigue and shocking twists. Although the game’s English translation occasionally feels clunky, its script is chock full of powerful moments. What begins as a story about three friends—the Hero, Nanami, and Jowy—trying to keep themselves safe in a dangerous world quickly grows into a tale of trust, duty, and the hardships of war.Suikoden II‘s early hours build upon the main characters’ friendships, which makes watching them fall apart a painful—but necessary—narrative device driving the rest of the game forward. There’s nothing like it.

Here’s to Suikoden II, the biggest little game in the world.