If I combine a Pokemon and a mech, does that make a Digimon?

There are many things in life we all love. Among these things are Pokémon and giant robots, as Megas XLR once told us long ago. You know what we all love even more though? When you take the things you love and combine them together with beautiful execution, like a Reese’s Peanut Butter Cup. Well, a recent event at Otaku Cafe in San Antonio brought together the beloved franchises of Pokémon and Mobile Suit Gundam for a custom model competition, resulting in some amazing works.

Such as this Scyther Gundam, which is pretty fantastic. 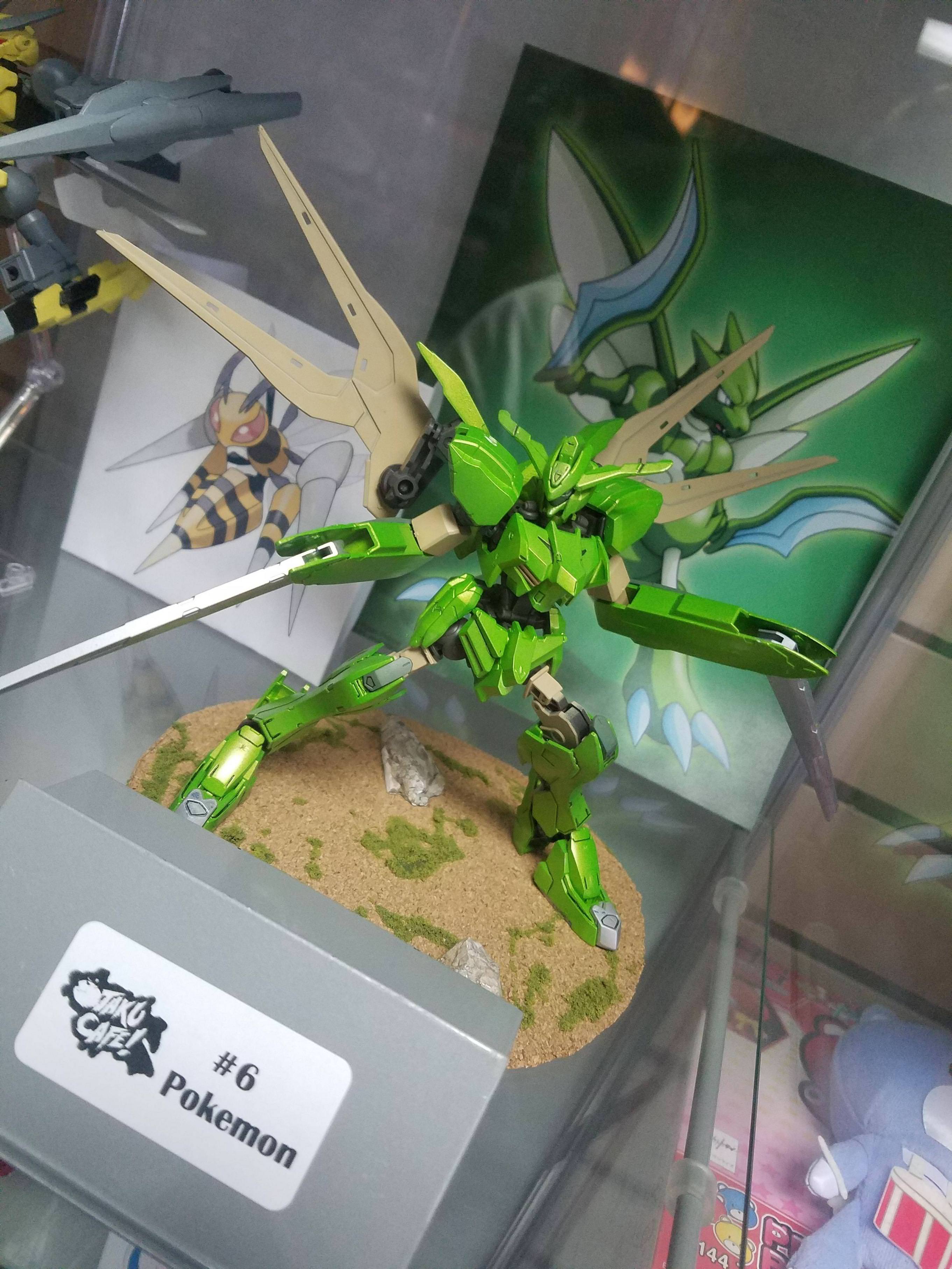 This great custom job was created by reddit user De_roosian_spy. While I can’t identify all the parts they used, and I can’t seem to track down a parts list, the head is definitely Gundam Bael from Iron-Blooded Orphans. Unfortunately, due to it being a rush job, some minor errors happened and it resulted in third place. As a result, the Mega Beedrill that’s just off of the photo won first place. Luckily, they had a photo of it as well. 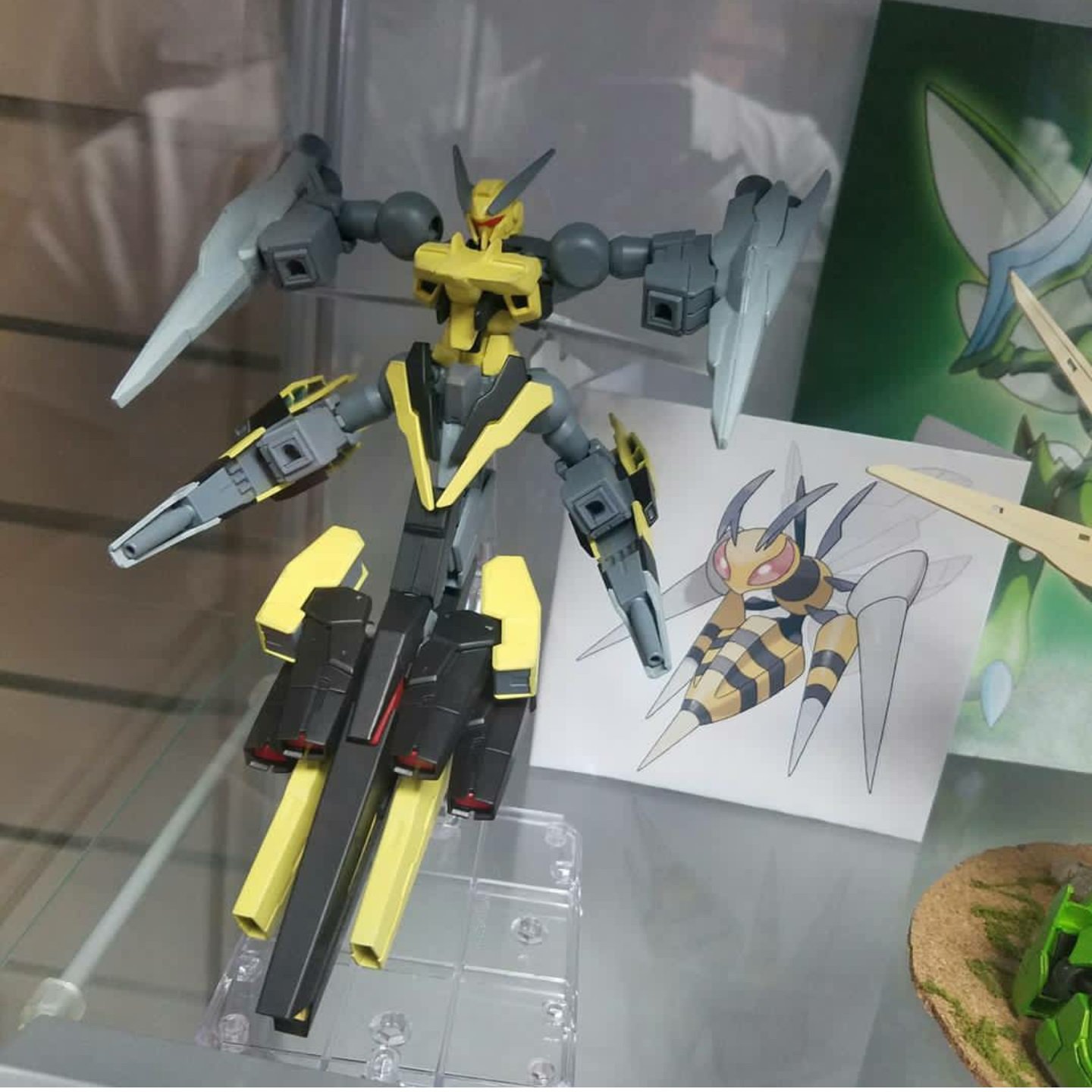 I definitely would not want to run into that in some tall grass.

There’s a lot of good entries in the contest. While they only had photos of Scyther and Mega Beedrill, another user managed to get photos of other entrants, such as Scizor and Machamp. Obviously some of the entrants are more basic than others, but the skills needed to make a great custom model don’t just come overnight. I’m kind of shocked there’s no Golurk one though? It’s practically a mech already.

Now that being said, when’s my Pokémon and Gundam crossover game? If Fire Emblem can be turned into an idol game, Pokémon could totally be converted into a mecha game. G Gundam even gives you the perfect justification for it with a mobile suit piloted by a horse, so why not escalate it to mechs piloted by Pokémon?

I built a custom Scyther Gundam for a PokeGundam competition [Reddit]