Severed is the next game from DrinkBox Studios, the creators of Mutant Blobs Attack and Guacamelee! Severed follows a distraught warrior trying to piece together a mystery, such as how she wakes up missing part of her arm. You’ll be exploring an open world, taking on enemies through gesture-based controls in first-person, and along your quest you’ll gain new powers by severing and attaching your enemies’ body parts to yourself.

The nonlinear aspect in this dungeon-crawler adventure will give you control over the upgrade paths, allowing you to take on a variety of enemies with different strengths and weaknesses. As the developers explained it to me, think Severed as a cross between Mega Man, Infinity Blade, and Mike Tyson’s Punch-Out.

The trailer that you’re seeing here exclusively on Destructoid shows a pretty great progression of the character that you’ll be experience. You begin your adventure missing an arm, but as you defeat more and more bosses you will end up looking like a total badass.

The world you’re in is completely opened from the start offering many different branching paths, and you’re free to move about the world however you want.“The high-level structure is kind of like a Mega Man structure I would say,” lead designer Greg Lesky told Destructoid. “You can go down one path, or you can try going down one path and if it’s not really working you can go down a different path and try that path, get the new piece of armor or whatever it is from that path, and then try that first path again [as] you’ll be more upgraded.”

A more visceral experience than Mega Man though, seeing as you’re wearing the dead flesh of your enemies in Severed. There’s a big emphasis on exploration, and you’ll want to revisit locations you’ve been to before after gaining new abilities as to access areas you couldn’t before. 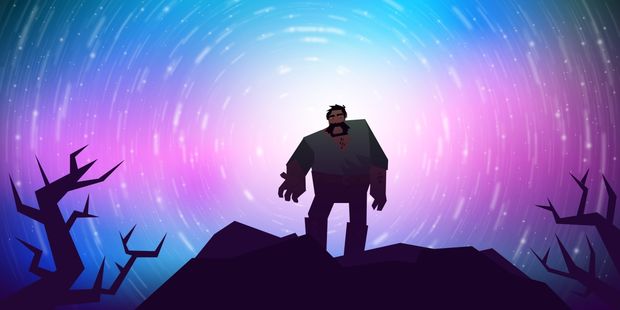 The game is all gesture-based, and with combat it was likened to that of Infinity Blade in that you’ll be swiping to perform attacks. The Punch-Out element comes in on how all the enemies require different strategies, and that foes have different tells to make you aware of their incoming strikes or weaknesses. It’ll be interesting how difficult combat will become, as enemies can surround you yet you can only be facing one direction at a time. There will be something in place to make you aware there’s multiple enemies around you, and learning the tells of enemies will be key in these situations so you know who to strike at first.

Players will be able to use magic spells along with their physical attacks, and this system was compared to The Legend of Zelda. Magic will be usable in offense ways (such as blinding enemies), along with doubling as a tool for exploration (being able to unlock doors).

Obviously this game is a touch-screen affair, so mobile platforms are a given, but the team is open to bring Severed to wherever makes sense. That includes the PlayStation Vita, 3DS, and even the Wii U. They’re open to the idea of trying out stuff like the PlayStation Move, Kinect, and Project Morpheus as well. Severed is aiming for a 2015 release, so the team is still very early on in development and they need to see if bringing the game out to non-touch devices would be a good experience, however. 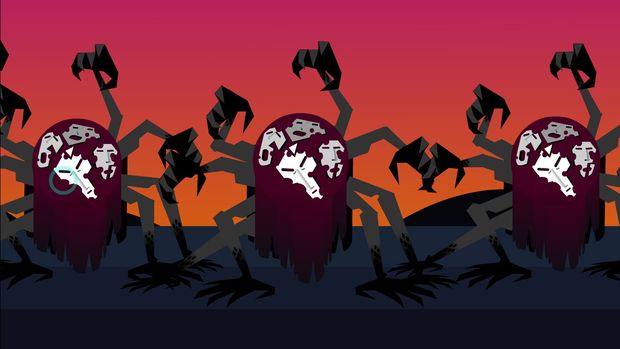 The team is hoping for a roughly eight-hour experience, but again DrinkBox is very much in early design phases with Severed, so anything can change from here ’til release next year. Regardless, I am floored for this game if it can live up to what the debut trailer is aiming for.

Oh, and if you’re curious the music from the trailer is by the band Yamantaka // Sonic Titan. I bought their album immediately after hearing the featured song, “Crystal Fortress Over the Sea of Trees.”