Reminder! This is happening tomorrow afternoon! As for today, come be part of the group community photo at 3PM today, and the Elephant & Castle tonight for some karaoke!

Destructoid is teaming up with Harmonix, Disney Interactive, and Astro Gaming to host a Disney Fantasia: Music Evolved community event at PAX East 2014! This is the next title from the rhythm masters over at Harmonix, and this event will be the only chance you’ll have to play the new game during PAX East. Bonus: This will be the first time you’ll get to play through unannounced songs for the game too.

We’ll be hosting the event at Trade on 540 Atlantic Avenue (just a short walk from the Boston Convention Center) on April 13, 2014 from 2:00PM to 4:00PM. The Destructoid team along with Harmonix developers will all be at this event where we will totally dance with you.

Head on over to our Facebook page to RSVP so you don’t forget! Note that this is a 21 years and older event.

Here’s what else we got planned for PAX East this weekend! 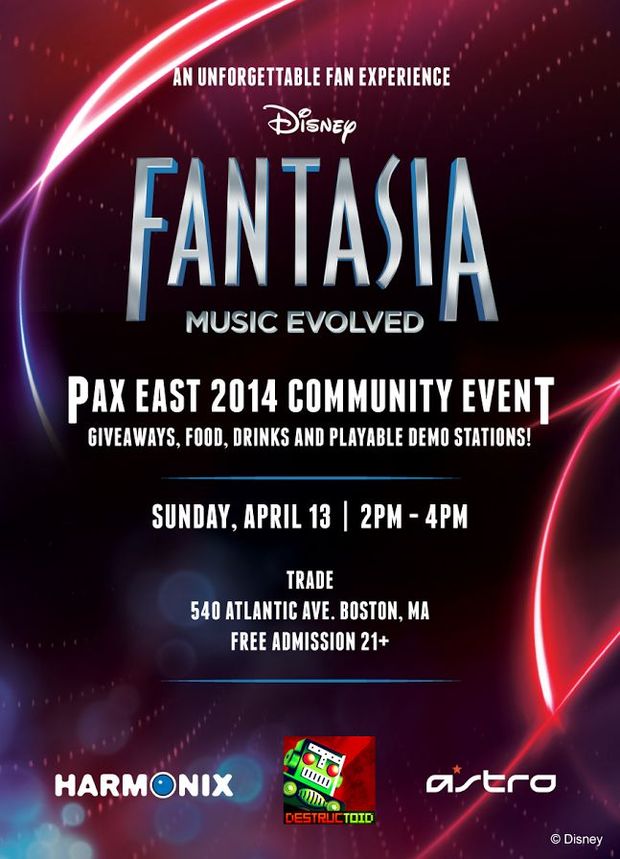