Sony has a hefty collection of low-key studios at this point. Back at E3 2014 it announced Entwined, a beautiful-looking cross-buy puzzle game that might not have stolen the show, but managed to turn some heads. The team responsible was PixelOpus, and four years later it’s prepping to launch Concrete Genie — a much more ambitious puzzle platformer that’s just as gorgeous as that last project.

I recently sat down with the E3 build, and PixelOpus project manager Brent Gocke, to dig a little deeper into what makes this artistic adventure sing. 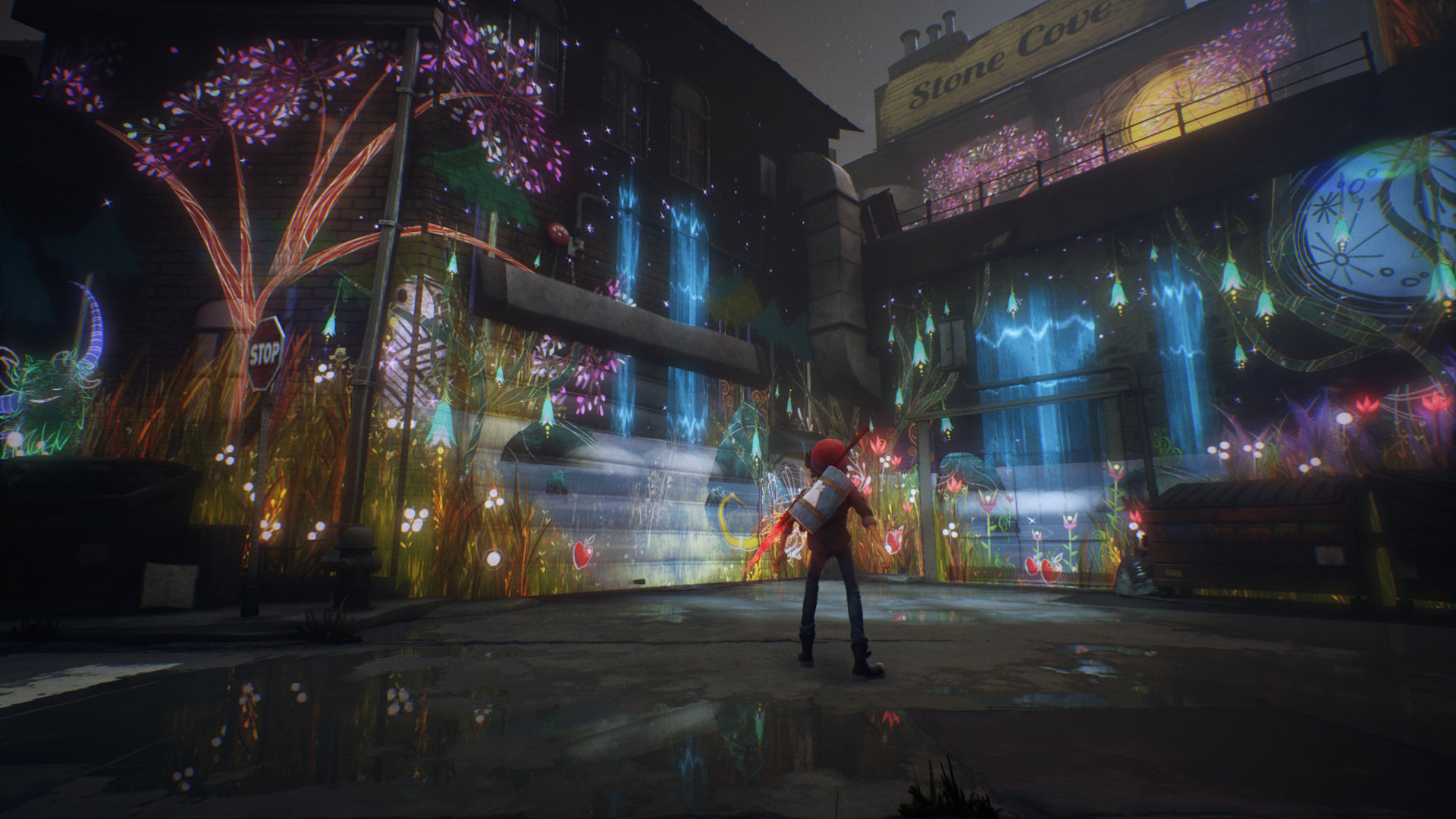 As I’m whittling down action-adventure games with various pixel-perfect dodge requirements and vast statistical equipment and class tables, I desperately crave chill experiences that I can just sit down and smile at. Concrete Genieis unique in that it encapsulates that AAA open world adventure formula that Sony nails so well with studios likeSucker Punch, but also satisfies that aforementioned chill test.

My demo started with vague notions of an abandoned town, an introduction to our hero, Ash, who can harness magic with his special paint brush, and the bullies — the hateful but not-entirely-evil horde of miscreants who will harass the player and steal their equipment. Your goal is concise — paint the town back to life — but the methods in which you can accomplish it are broad.

Painting anything near bulbs scattered around the town will light them up, indicating progress toward “master paintings,” capping off specific hub areas. Actually doing the deed is as easy as pressing R2 and going to town on a wall (your shabby canvas of choice), selecting new designs like an aurora borealis (at this time of year!), trees, grass, campfires, and so on. DualShock 4 motion can help with small tweaks here and there.

But the real magic is with the monsters Ash can create to help him solve puzzles and just plain look cute. My demo restricted me to red monsters, which have the power to ignite certain surfaces, and they can be customized with any number of horns, hairs, tails, or what have you. Even the most garish creation is still lovable though and would feel right at home on Sesame Street — especially when coupled with the tickling and high-five emotes. 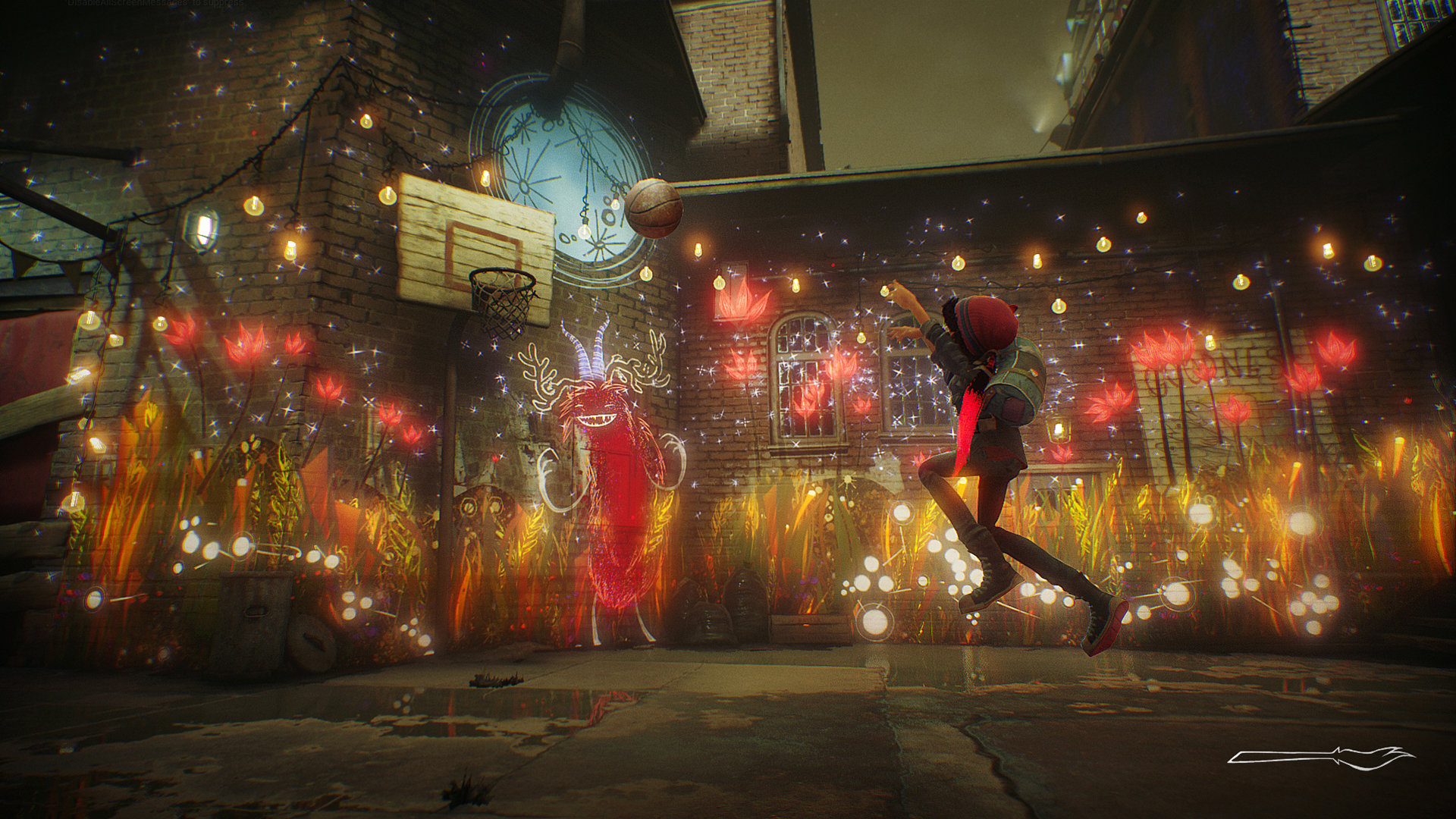 PixelOpus explains that Concrete Genieimplements AI variation with its monsters, so not every creation is going to act the same. It’s not going to be a groundbreaking emergent mechanic per se, but I do see what he means as I created my third creature of the demo — I could recognize each one of them and even gave them their own names in my head.

A lot of the basic gists of how scenes play out are going to be the same (playing basketball with the opening creature for instance), but the details will keep people talking and snapping screens. As the game goes on you can locate pages of Ash’s book (which were ripped out by the bullies) that grant new designs, much like GTA 3‘s Hidden Packages, to spruce up your art a bit. There’s also an actual storyline involved in all of this too, but PixelOpus is pretty tight-lipped about any details.

Gocke notes that Concrete Geniewill be a “five- to six-hour game, with a caveat.” The main thing PixelOpus wants people to understand is that there will be an inherent amount of replay value built in, on top of the fact that the artistic nature of the game will spur experimentation. When asked about a New Game+ option (which is something I’d definitely want), Gocke explained that “our boss really wants them, and it’s something we’re looking into.” For now, there’s the Share button.

This is the type of game I want to play with my wife side-by-side at the same time with two TVs just to witness how we approach the game. My monsters were completely different from everyone else’s, Gocke mused, and even in the early moments of the game I can see how the AI can create subtly (but not too drastically) different cute moments. For a team of 20 people, one that Gocke calls “among the smallest internal studios around,” I’m anxiously awaiting Concrete Genie‘s release later this year.